North Queensland coach Neil Henry believes finishing inside the top four will be more important than ever this season, with statistics uncovered by NRL.com showing just how difficult it is for the lower-ranked sides to progress to the grand final under the NRL’s new finals system.

The Australian Rugby League Commission dumped the controversial McIntyre system, which has been used by the NRL since 1999, this year in favour of the system used by the AFL which sees the top four play one another and the bottom four battle it out in week one of the finals.

The McIntyre system had previously pitted 1 v 8, 2 v 7, 3 v 6 and 4 v 5 against one another on the opening weekend which only guaranteed the top two sides a second bite at the premiership cherry.

However, not only does a top-four spot provide all four sides a second chance should they lose their Week 1 finals game, results in the AFL during the corresponding 13 years that the NRL has used the McIntyre system proves just how difficult it is for any side outside the top four to compete for the premiership trophy on grand final day.

Tellingly, it is now 13 years since a team outside of the top four last reached the AFL grand final, with Carlton the last to do so from sixth back in 1999. The 12 seasons since have seen the two top-ranked sides face off in the decider six times. The fourth-ranked side has made it through just twice (Collingwood in 2002 and Sydney in 2006).

Henry said it was difficult to know whether the NRL premiership would follow a similar pattern but admitted the argument for finishing inside the top four in 2012 was compelling.

“It’s a trend in the AFL but there is probably some merit in the fact that [teams] 1, 2, 3 and 4 play each other, so what you’ve got is high-quality games straight up,” Henry said. “The way that gets you ready, it’s quite different from 2 v 7 and 1 v 8. When you’re fighting directly for that week off and a home game to get you into the grand final, the intensity of those games is going to be very high. You’re going to get better quality games and there is some merit in that – you get finals-hardened.”

While much of the focus in recent weeks has been on the logjam of sides battling it out for those last few top-eight spots, Henry pointed to the top four as where the real battle remains for those sides considered genuine premiership contenders. And he believes a top-four finish would be particularly beneficial for regional sides such as the Cowboys and Melbourne who would gain a huge advantage by winning a week off and a grand final qualifier on home soil should they prevail in Week 1 of the finals.

“You’re basically guaranteed a home game this way,” he said. “Obviously if we finish 4th we’ve still got to go away for our first game but the bonus for us… let’s say we finish 4th and play 1st and we win, well we get a week off then play at home for a spot in the grand final so that would be a massive opportunity. That format helps us out I think as a regional team because we don’t have to go down to, say, Suncorp and play.”

Brisbane’s shock loss to Parramatta on Monday night has left the top-four race wide open with the Cowboys currently sitting in fourth spot on for-and-against but locked on 26 competition points with both the Broncos and this week’s opponent’s Manly.

That means Saturday night’s clash in Townsville has huge ramifications for this year’s premiership, with the winner taking a massive step towards securing that vital top-four berth.

“They’re all crucial at this time of year but yeah, there is a logjam there of teams and we’re not safe by any means,” Henry said. “We’ve got two home games in a row, Manly and the Warriors, and it’s really important to us that we get two wins.

“But it’s a good part of the season. You start to get excited about the games ahead with the finals not too far away but it’s also a nervous time. The way teams are going – we saw Parramatta against the Broncos… the Knights have got on a bit of a roll. We’ve got the Knights coming up in a few weeks. Every game has got something in it – you can’t just take it for granted that the sides down the bottom of the table are going to be beaten by those at the top. That’s just the way the competition is.

“There are just so many variables and twists in this season – I think there are still going to be plenty of things happening.”

The Cowboys found themselves in a similar position this time last year, sitting third after 21 rounds before fading to finish the regular season in seventh and being eliminated with a 42-8 thrashing at the hands of Manly in Week 1 of the finals.

But Henry said his side was much better placed to launch a premiership tilt in 2012.

“We had a lot go against us last year – Johnathan (Thurston) hurt his knee in the third Origin and missed five games; Matt Scott had a back problem that really prevented him at the back end of the season; Brent Tate only started playing in Round 18 and was really feeling his way. That did affect us and I felt that we didn’t have the depth or the momentum to carry it through last year – and that proved to be what happened. We faded away a bit.

“But this year the boys have come through Origin in a healthy state. James Tamou will draw on his experience in that arena as well and playing for Australia so he has certainly improved in his confidence.

“And it’s fairly healthy when Cory Paterson is playing good football in the Queensland Cup and can’t get a run. Joel Riethmuller is the same… and Jason Taumalolo has dropped back to [under]-20s. It just shows the depth we’ve got this year.” 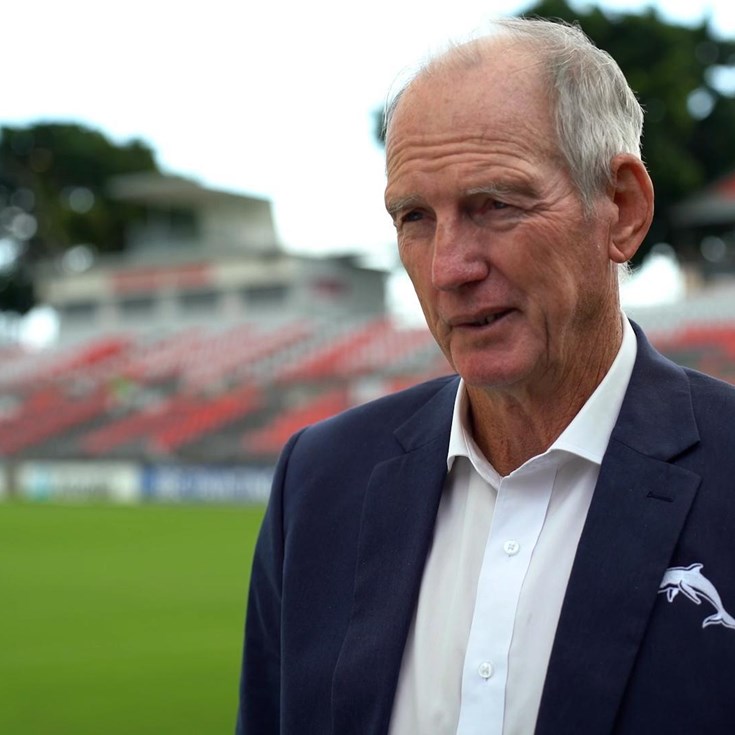