Having lost four in a row and five of their past six games, the once mighty Broncos host Melbourne this week knowing that time is running out to turn their ailing season around.

Despite spending much of the year entrenched firmly in the top four, Brisbane now find themselves facing the real possibility of missing the finals for just the second time in 21 seasons if they don’t find some sort of form soon.

The good news is that one more win from their final three games should be enough to get them there; the bad news that they face a Melbourne outfit that is already on the road to recovery from their own post-Origin depression.

There is no doubt that the Storm will throw plenty at Brisbane on Friday night which in itself must be a major concern for coach Anthony Griffin because despite recent criticism of the Broncos’ halves, it is their defence that has really let them down. Tellingly, Brisbane averaged 29 missed tackles and 13.5 ineffective tackles per game between Rounds 1-16, when they sat third in the NRL ladder, but have averaged a whopping 44 missed tackles and 15.3 ineffective tackles per game since.

And while they welcomed back Justin Hodges from injury last week and will have Josh Hoffman back on board here after he was dropped for disciplinary reasons, they will sorely miss key forwards Corey Parker and Alex Glenn for the run home to the finals.

Still, form is only temporary and a win over heavyweights Melbourne would do wonders for their confidence.

The Storm are living proof that things can turn around quickly in the NRL. Battling away on the back of five consecutive losses just a fortnight ago, Melbourne hit back with a vengeance in thrashing Penrith 46-6 before impressing again in downing the Gold Coast last Friday.

Most pleasing for Storm fans has been the return to form of Billy Slater. The world’s No.1 fullback took some time to find his feet after returning from a knee injury three weeks ago but with his speed and confidence back the Storm’s attack has clicked back into gear.

Griffin has kept Corey Norman at the back this week with Hoffman replacing Lachlan Maranta on the wing. An eye injury to Josh McGuire means Brendon Gibb gets his chance to impress from the bench.

Anthony Quinn returns on the left wing for Melbourne after missing last week’s win over the Gold Coast, replacing youngster Mahe Fonua. Jason Ryles returns to the starting line-up after coming off the bench last week, with Bryan Norrie dropping back to an extended interchange that also features Rory Kostjasyn.

Petero Civoniceva will be hoping to break his try-scoring duck against Melbourne. In 28 games the veteran prop has never crossed the stripe against this week’s opponent – despite having recorded more runs against them (414) than against any other side.

On the other hand, Billy Slater has scored 17 tries in 21 games against Brisbane, which makes them his most-prolific opponent. He has scored seven tries in eight clashes at Suncorp.

Watch Out Broncos: Brisbane’s left-side defence will need to be on the ball because Melbourne love attacking to the right. This season they have scored 45 tries on their right edge compared with 33 on their left, with Will Chambers scoring 11 tries from 13 games and Matt Duffie 10 from 17 before injury. No other side has scored as many tries on a single side of the field in 2012.

Danger Sign: Melbourne’s kicking game is among the best in the business. They rank second in the NRL for metres gained from the boot with 638 per game and boast more 40/20s than any other side this season with five. Watch for Cameron Smith’s kicks out of dummy-half. The Storm have kicked 61 times from dummy-half for a gain of 2319 metres – almost 600 metres more than any other side.

Watch Out Storm: The Broncos are a no-frills team in many ways so they will test Melbourne on the basics. For starters, no other side runs from dummy-half as often as Brisbane (518 runs) and they also love putting the ball high on the last tackle. Brisbane rank first for mid-field bombs in 2012 with 38 and second for attacking bombs with 72.

Danger Sign: The Broncos are a field-position team so Melbourne’s best bet is to deny them opportunities close to the try-line. In fact, no side in the Telstra Premiership is as lethal when attacking the line as Brisbane with an NRL-best 46 tries scored from within 10 metres this season.

Corey Norman v Billy Slater: A case of master v apprentice with youngster Norman handed the reins at the back this week and facing arguably the greatest fullback of all time. Slater’s influence is no secret and he will be heavily involved in everything Melbourne does on Friday night, while Brisbane will be hoping Norman can add a bit of extra spark to their attack after impressing against the Bulldogs last week.

Where It Will Be Won: The battle of the big men will be immense. Watch for veterans Petero Civoniceva and Jason Ryles to have a huge say in the result. It will be interesting to see how the Broncos fare once Origin duo Civoniceva and Hannant are given a breather, given they boast a young bench this week.

The History: Played 31; Storm 19, Broncos 11, drawn 1. Melbourne lead 6-3 in clashes at Suncorp. They have also won their past three meetings and five of their past six.

The Last Time They Met: Brisbane coach Anthony Griffin rested State of Origin stars Sam Thaiday, Justin Hodges and Petero Civoniceva in the wake of Queensland’s game one win and his weakened outfit proved no match for a full-strength Storm side as they fell to a 34-10 defeat at AAMI Park back in Round 12.

In a performance rated by Griffin as Brisbane’s worst of the year, the Storm opened the scoring with ease after six minutes when a Cooper Cronk inside ball saw Jason Ryles stroll through the middle untouched, before sending Todd Lowrie over between the posts.

Brisbane hit back after 20 minutes as slick hands saw Jack Reed score out wide, but two quick tries shortly before halftime turned the match on its head. The first saw Cronk place a well-weighted kick behind the line for Lowrie to pounce and the second saw Melbourne execute a brilliant set play with Billy Slater putting Will Chambers through a gap to score on the right edge.

Leading 16-6 at the break, Melbourne all but sealed victory in the 45th minute when Cronk again put in a grubber and Lowrie reacted best to bat the bouncing inside for Slater to score.

Ben Te’o gave the visitors some hope when he scored with 29 minutes remaining but two long-range tries top Slater and Justin O’Neill quickly ended any thoughts of a Broncos comeback.

Melbourne completed their sets at 78 per cent (28 of 36) compared to just 65 per cent by the Broncos.

Cronk was exceptional for the home side with three try assists while Ryan Hoffman contributed 125 metres and 22 tackles.

Josh Hoffman made 182 metres for Brisbane and added six tackle-breaks.

The Way We See It: Brisbane will take heart from playing on home soil but on current form it’s hard to see them getting the better of Melbourne in this one. The Broncos actually showed some great signs in taking an early 14-0 lead against the Bulldogs last week – but what effect will the fact that they couldn’t hold on have on their confidence? We see the Storm continuing their resurgence with relative ease here. Melbourne by eight points. 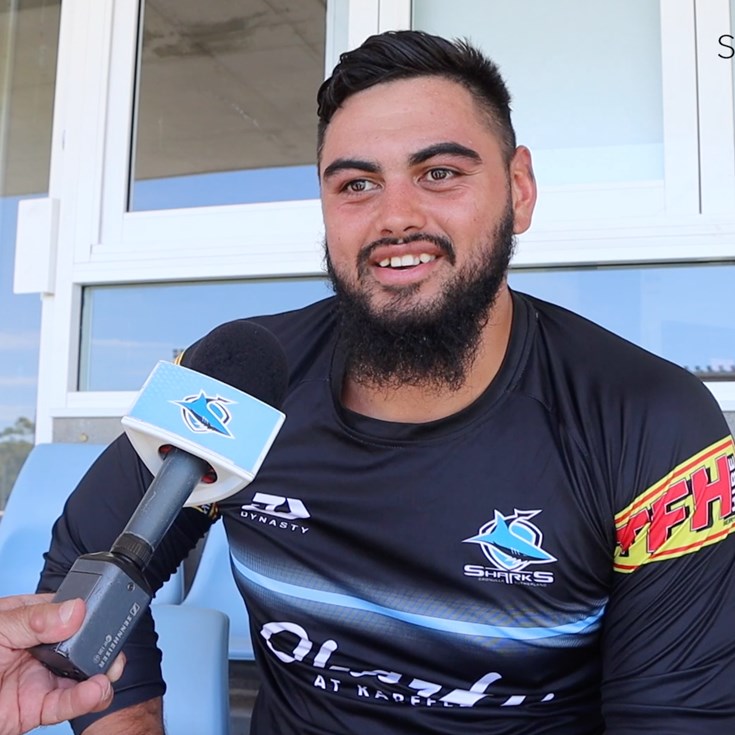