Fox Sports Toyota Cup Commentator Mark Braybrook looks at the two teams and who he thinks will win on Sunday.

It has been a pulsating Toyota Cup season and after 26 rounds and three weeks of finals, it is fitting that the best attacking team in the competition, the Canberra Raiders, will meet the best defensive team, the Wests Tigers to decide the best NYC team for 2012.

There is no better side in the Toyota Cup with the ball in its possession than Canberra. Averaging six tries per game throughout the year, every one of the starting backline players has scored more than 10 tries this year, quite an achievement.

On the other side of the coin, no team has been better at stopping points than the Wests Tigers and they say defence wins matches, and big defensive efforts win big matches. The Tigers concede less than four tries per game and it is their defence that could sway the outcome.

While we have been in awe of the Raiders attacking prowess in 2012, their defence is ranked only 10th in the Toyota Cup. It seems their philosophy is no matter how many points you score, we will score one more. The perfect example was in week one of the play-offs, an amazing 39-38 win over the Warriors.

There are so many battles that could well decide the outcome of this match. The try scoring abilities of two players who got a taste of the NRL in 2012, Edrick Lee and Marika Koroibete, Jeff Lynch and under 20’s Origin representative Shannon Boyd, cleared to play after being put on report last weekend, up against the Tigers pair of Sauaso Sue and Mosese Fotuaika.

The Tigers though will be sweating on the fitness of Nathan Brown. The front rower has been outstanding off the bench in the big games but suffered a nasty ankle injury against the Roosters and will be given until the last minute to prove his fitness. His loss would be a big blow for the Tigers. If he plays will he be 100% fit? Only time will tell.

After all that, the players who may decide the outcome could well be the halfbacks and captains of their respective sides, Jacob Miller for the Tigers and Mitch Cornish for the Raiders. Miller has tasted NRL and Under 20’s Origin, Cornish will in the near future. Cornish is 3rd on the line break assist count in the Toyota Cup, Miller 4th. Miller is 3rd on the try assist, Cornish 4th. Miller has the better kicking game, will that prove pivotal?

The Tigers have won both times these two teams have met this year, the last a grinding 15-6 win in Canberra. I’m not sure how much that means come Sunday. The Tigers had been beaten by 40 points both times by the Roosters in 2012 and turned it around last weekend to qualify for the Grand Final.

There will be little between the two sides on Sunday, the team that wins will be the one that handles the pressure and the big stage the best and the one that can play its own game to the best of their ability. The Tigers have restricted the best attacking side in the Toyota Cup to just 16 points in 160 minutes of football.

Will it be the attack of the Raiders or the Tigers defence coming out on top? This is the biggest day in the careers of these young men. I could give you 10 reasons why each side will win and confuse you, and myself, even more. With no real conviction I am tipping the Raiders, just. But ask me again tomorrow and I could well have changed my mind. 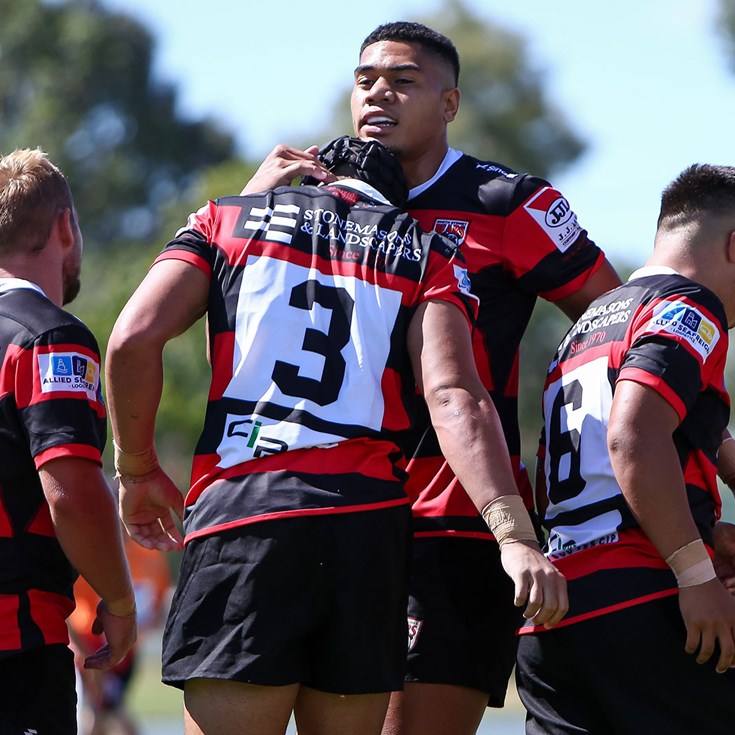