Can you feel it? Just one more week until season 2013 kicks off. With $500 weekly cash prizes, a $25,000 major prize and plenty of other prizes up for grabs, now's the time to really start getting your Dream Team in order.

Last week I suggested 10 backline players who could be great value for money in NRL Dream Team this season, and this week I'm taking a closer look at the forwards.

Despite their low price tags none of these guys are sure things, so I've listed some of the pros and cons for each player to help you make your decisions before snapping any of them up.

Scott Moore (Cowboys hooker, $171,900)
Pros: The latest promising forward to arrive in the NRL from England, Moore is set to become North Queensland's starting hooker this season after the departures of Aaron Payne and James Segeyaro. He's very well priced for a first-choice rake, was named the Super League hooker of the year back in 2009, and is still only 25.
Cons: Anthony Mitchell and Ray Thompson are vying for the other dummy half spot in the Cowboys side and even if they don't push Moore out of the starting 13 they'll at least prevent him from playing the full 80 minutes. Moore's Dream Team scoring is a complete unknown at this stage and there's no guarantee that he'll get a significant price rise. He's also got a bad boy reputation back in England, having been sacked by Widnes last year over an off-field incident.

Sam Rapira (Warriors front rower, $142,800)
Pros: Rapira is a veteran prop and a traditionally solid Dream Team scorer, who was a regular fixture in the Warriors side from 2007 to 2010. His starting price has taken a dive this year after an injury-wrecked 2012 season, meaning he should get a nice cash boost if he returns to his usual form.
Cons: Rapira's injury worries have kept him to just six games last year and he missed chunks of the season in 2010 and 2011 as well. Injury-prone players are always a risk in Dream Team. Rapira's likely to remain an impact option off the bench this year, sitting behind Jacob Lillyman and Ben Matulino in the pecking order, meaning he's unlikely to post many big scores.

George Burgess (Rabbitohs front rower, $136,900)
Pros: With brother Luke facing a six-month stint on the sidelines, George Burgess (one of four brothers at Souths) will be battling for a front-row spot at the Bunnies. He's a massive unit capable of producing his share of tackle breaks (a crucial Dream Team scoring factor for props) and will be a bargain if he gets a starting spot.
Cons: The Rabbitohs have a handful of front row options, from George's brother Sam to Roy Asotasi, Jason Clark, Josh Starling, Dave Tyrrell and new signing Jeff Lima. With Sam Burgess starting at prop alongside Asotasi in the Charity Shield, it looks like George will be a bench player at best at the start of the season.

Ryan James (Titans front rower and second rower, $161,500)
Pros: He was one of the barnstorming standouts for the Indigenous All Stars in their win in this year's All Stars game, and could push for a starting spot in the front row at the Titans this season following the season-ending injury to Matt White. He's a dual-position forward as well.
Cons: Luke Bailey may be getting older but he and Luke Douglas remain two of the hardest-working props in the business, and could keep James's minutes to a minimum. The Gold Coast's back row is even better (think Dave Taylor, Nate Myles, Ashley Harrison, Greg Bird, Mark Minichiello) so James could be spending the vast majority of his time on the bench.

Tariq Sims (Cowboys second rower, $161,800)
Pros: A huge talent who could force his way into the NSW Origin team, Sims was a rising star for the Cowboys in 2011 before a broken leg kept him to just seven games in 2012. A tackle-busting weapon on his day, Sims averaged 37 points a game before last season and his price tag will rise a lot if he repeats those scores this season.
Cons: When he did return from injury last year Sims played off the bench and scored just 20 points a week, and he still looks to be stuck behind starters Gavin Cooper, Glenn Hall and Dallas Johnson in the pecking order. He's not really a workhorse either, so his scores will depend on attacking plays rather than big tackle counts and are therefore likely to be inconsistent.

Jamie Burher (Sea Eagles second rower, $235,700)
Pros: The one-time NSW Origin bench-warmer looks set to be the big winner from the departure of Tony 'T-Rex' Williams and an injury to Glenn Stewart which will keep the Kangaroos star out of action until about Round 7. That should guarantee some big minutes for Buhrer, who can play the full 80 if necessary and has been a solid Dream Team scorer even off the bench.
Cons: New recruits Justin Horo and Michael Chee Kam will provide extra competition for back-row spots at Manly, alongside the likes of Joe Galuvao and star second-rower Anthony Watmough. And when Glenn Stewart returns from injury, Buhrer could be bumped back to the bench.

Justin Horo (Sea Eagles second rower, $169,100)
Pros: See Jamie Buhrer. The former Eel can snatch a starting spot in the Manly pack at the start of the season and if he plays his cards right could keep that spot when Glenn Stewart returns from injury. With Buhrer capable of playing the utility role off the bench, Horo may be the long-term option to replace former 80-minute man Tony Williams.
Cons: Like Buhrer, there are no guarantees that Horo will keep a starting spot at the Sea Eagles. If he plays off the bench and scores in the low 20s, his price won't budge much at all.

Nathan Smith (Panthers second rower, $130,600)
Pros: After being a 30+ point player from 2007 to 2011, Smith was only able to take the field four times last season, meaning he comes with a juicy price tag this time around. With Luke Lewis gone the starting lock position at Penrith is up for grabs, and veteran Smith might be the man for the job.
Cons: Ivan Cleary has revamped the Panthers squad significantly, including new back row recruits Sika Manu and Lewis Brown, meaning there are no certainties about the shape of the starting 13 at this stage. With the club putting a strong focus on the future, Smith could become a bit-part player off the bench, in which case he won't get rapid price rises any time soon. He's no longer a dual position player in Dream Team either.

Darcy Lussick (Eels front rower, $178,700)
Pros: The former Manly forward should get more chances at the Eels, having started at prop for the 2012 wooden spooners in their last trial game on the weekend. Any starting forward costing less than $200,000 looks like good value.
Cons: With impact prop Fuifui Moimoi on the bench for the Eels and Tim Mannah taking the other starting spot, Lussick may still be the third-ranked prop for minutes at Parramatta even if he starts. He also doesn't have a great Dream Team history (albeit in a quality Manly pack), having scored in the low 20s for the past two seasons with a career-high score of 46.

Bodene Thompson (Tigers second rower and centre, $127,700)
Pros: He's cheap, dual-position, and started in the back row for the Tigers in their Foundation Cup loss to the Roosters on the weekend. If he keeps a starting spot he'll be a handy cash cow.
Cons: Wests tackle-machine Liam Fulton started on the bench for the Tigers on the weekend but is likely to push very strongly for a starting berth when the season proper begins, and with Braith Anasta and Adam Blair both first-team players Thompson is set to be the man to make way. The likes of Ben Murdoch-Masila and Eddy Pettybourne will also be battling Thompson for a bench spot. Thompson averaged only 16 points a game last year and a slightly better 25 in 2010 and 2011.

So there you have it: 10 players who might, or might not, become Dream Team bargains once the NRL season starts. By now you should have a decent idea of how your squad is looking, but the real decisions will come next week once the all-important Round 1 team lists have been named.

Check back in on NRL.com on Tuesday for all the team lists as they arrive, and I'll sum up the big ins and outs for each team later in the week. 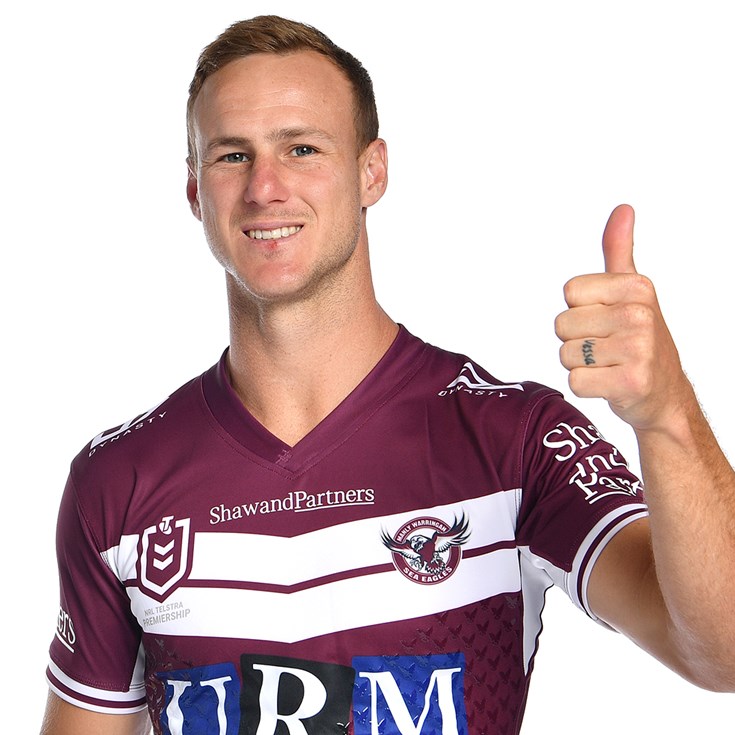 NRL Fantasy halves - the best of the rest