The 13-6 victory over the Sharks at Parramatta Stadium was only the second win in five games for Parramatta this season, and followed a three-match losing streak that culminated in a 50-0 loss to Sydney Roosters at Allianz Stadium.

But Keating was bullish when asked if the Titans were beatable in the game at Skilled Park.

"Oh, definitely," Keating said. "Who isn't, really? We've all got a job to do and if we do that right we can get on top of them."

Parramatta started off well, thrashing the Warriors 40-10 at home, before losing 20-16 to Canterbury in a home game the club took to ANZ Stadium and 31-18 to Wests Tigers away.

Their season plunged to a low ebb against the Roosters, but they showed a lot of determination and character to fight back against Cronulla and get the two points. It wasn't the world's greatest game, but it was the resolve the Eels showed that was important.

And it has clearly given them a boost heading into their first game outside of Sydney this season.

Keating said the travelling wouldn't be an excuse if Parramatta didn't do as well as they would like.

"A lot of the boys have had a lot of experience travelling over the years," he said. "You've just got to take it as another game. We've trained well this week and now we want to go into that game and have a big one.

"It's definitely a challenge – playing away from home is always a challenge – but we have to be up for it and I think we're right to go."

Gold Coast have been dealing with the issue surrounding power forward Dave Taylor, who has been stood down from this match for breaking team protocols.

The last thing the club needs is to have to do without key players when they are not even injured, but coach John Cartwright obviously considered the matter serious enough that he had to make such a stand.

But the Titans still have some terrific forwards in their starting side and coming off the bench, including Greg Bird, Nate Myles, Luke Douglas, Ashley Harrison, Luke Bailey and Ryan James, and Cartwright will be looking to them to lead the way back after the loss to the Broncos.

Not surprisingly, Keating rates the Gold Coast big men as the biggest threat to Parramatta's chances of causing an upset.

"They've got a great forward pack," he said. "So us boys in the middle have definitely got a big task on our hands. But they've also got some quality and speed in the outside backs.

"It's hard to narrow it down to one player, or even a couple, as the main dangers – but we'll be trying to stop them."

"It's been a back-to-basics thing," Keating said. "Just little things in defence, and just getting our combinations right. If we can continue to do that we will have more success."

Keating played a full game in each of the first three rounds, but in Parramatta's past two matches he has shared the hooking role with Ben Roberts, who has come off the bench. Keating played for 47 minutes against the Roosters and 52 against the Sharks.

Defence continues to be Keating's strength. He came up with tackle counts of 32, 42 and 40 in his three full games, and still produced 29 and 31 in his cut-down games. Keating has only missed three tackles this season – the second fewest by any regular No.9 – and made just the one error.

The Eels will be looking for continued improvement from fullback Jarryd Hayne, who made his first line-break of the season among his 15 runs for 159 metres against the Sharks. 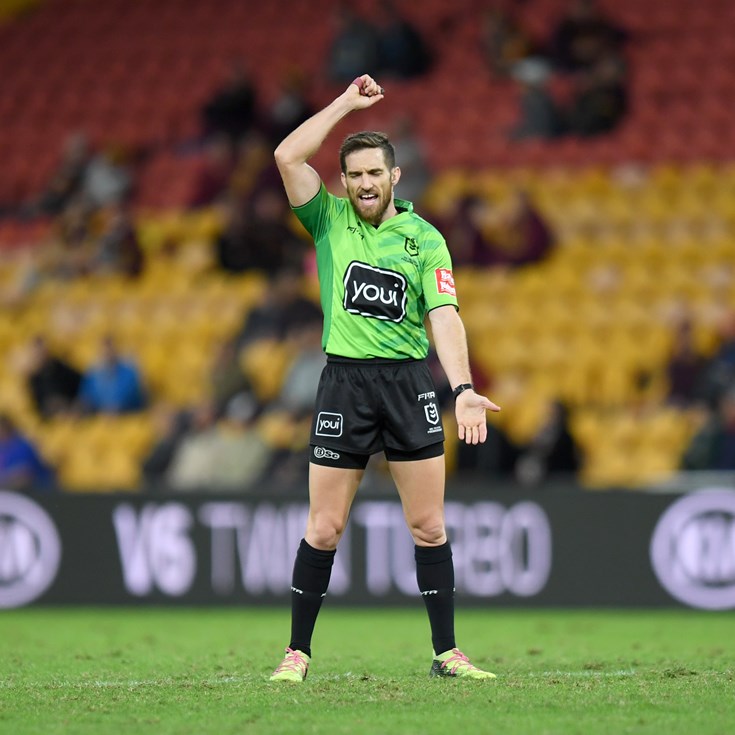