The Panthers have been a revelation recently, winning three in a row against the Storm (12-10), Warriors (62-6) and Dragons (19-0). They had lost six of their first eight, but bounced back massively against the Storm and then showed it was no fluke with the two subsequent wins. Are they the real thing in terms of being finals contenders? We’re going to have to wait a bit longer to see.

The Panthers, with their win-loss record of 5-6, are in eighth place entering this round. The Tigers, with a 3-8 record and a shocking points for-and-against difference of -162, are in last place. But they did win at their last start, 22-20 at home against the Cowboys. Both the Tigers and the Panthers had the bye last weekend.

These two teams have already met once this season in the battle of the NRL cats – in Round 2 at Campbelltown Stadium. The Tigers emerged 28-18 winners, but subsequently developed major injury problems that they are still experiencing now. The loss to the Tigers was the start of a five-game losing streak for the Panthers, but they have since won four out of five, with their only loss during that time coming against the high-flying Roosters.

The Panthers are, on average, scoring almost four times as many points at home this season as they are away – 32 to 9.8. So good has the recent form of the Panthers been that if they produce something close to that here then the Tigers are going to find it very difficult against them on the road. The Panthers are a stable team, with no changes to the 17-man squad that beat the Dragons.

Sean Meaney comes in at fullback for the Tigers, replacing the injured James Tedesco. Eddy Pettybourne, rising from the bench, and Ben Murdoch-Masila replace injured second-rowers Bodene Thompson and Liam Fulton. Jarred Farlow and Masada Iosefa have been added to what is a five-man bench.

Watch Out Panthers: Tigers prop Adam Blair has copped such a pasting from the media and public alike for his poor form this season that if he’s got a huge game in him then surely it isn’t far away. He’s only human, so he must be motivated to respond to the criticism by going out there and cutting loose.

Watch Out Wests Tigers: Starting props Tim Grant and Nigel Plum are in punishing form for the Panthers. During the three-game losing streak, Grant has run for 506 metres and Plum 478. Grant has made 100 tackles and Plum 79. If you let Grant and Plum get on top in the battle up front, you’re on the way to a loss.

Plays To Watch: Panthers bench hooker James Segeyaro is one of the competition’s livewires. When he comes on, if the opposition is tired and not concentrating he usually makes them pay. Segeyaro has four line-breaks, 25 offloads and five tries this season.

We tend to forget that Tigers halfback Curtis Sironen, at 19, is still just a kid. But he’s such a big kid, who can either break the defensive line himself or hold defenders off with one arm and offload with the other. Sironen made his first line-break of the season in the win over the Cowboys. Watch him take on the Panthers defence.

Key Match-Up: Interesting clash at fullback, with rookie Matthew Moylan coming along nicely for the Panthers and opposing Sean Meaney, normally the captain of the Tigers’ NSW Cup side. Moylan, 21, has obviously still got a lot to learn, but he’s improving all the time. He has played five games this season and run for over 100 metres in three of those, scoring two tries along the way.

Where It Will Be Won: If the Tigers can’t go with the Panthers in the forwards, then they can forget about it. The Panthers have monstered a few rival forward packs recently. Grant and Plum lead the way, and back-rowers Matt Robinson, Sika Manu and Adam Docker follow. They get on a great roll when things are going well for them, and they will go into this match with a high level of confidence from three straight wins.

NRL Live 2013 App: Gives you access to every NRL game this season on your iPhone or Android smartphone as it’s being broadcast on TV, with up to six live games each week. Plus latest live scores, breaking news, comprehensive match highlights and full match replays.

The Way We See It: You can’t fluke three straight wins – not when you put 62 points on one team and the defending premiers are among your other victims. The Panthers have taken time to build under coach Ivan Cleary, but it looks like the foundations are in place now. The Tigers are always a chance when Benji Marshall and Robbie Farah are in their side, but overall the team has struggled this season. The Panthers, playing at home, should be able to make it four in a row. Panthers by 10 points. 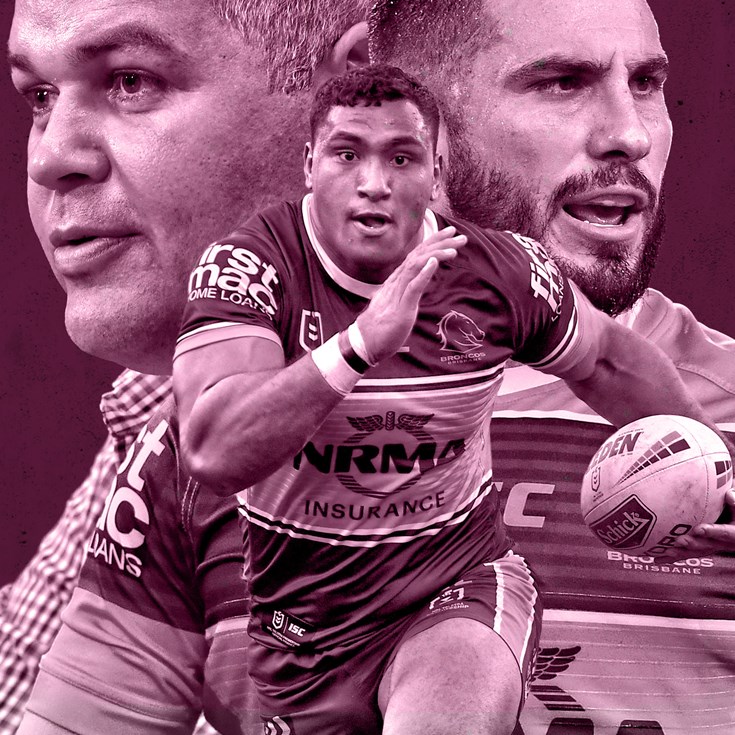