It's full steam ahead for the Holden NRL Dream Team season, with the bye rounds behind us and the head-to-head league finals just three weeks away.

Now's the time to be finalising your squad for the run home and jockeying for a position in your league's top eight... but, as always, injuries continue to cause havoc with the best-made plans.

Here are this week's big questions.

It depends on your depth, how many trades you've got left and how badly you need points in the next few weeks, but I reckon he's a sell. Last week he was ruled out for between four and eight weeks, meaning he might not be back until just before the NRL finals begin. By that stage you could be knocked out of your head-to-head Dream Team league (the DT finals begin in round 23) so unless you've got a good reserve on standby or are very low on trades then I'd look for a replacement. Obviously Inglis is a gun when fit but he'll be an expensive bench warmer if his injury proves to be long-term.

If trades are becoming an issue, or you're confident that Inglis will be back in the next couple of weeks and you can afford to be without him until then, then hold. (For the record, NRL.com's DT market watch column strongly argues you hold him if you can.)

From Cory Gardiner
Who is the best replacement for Inglis? Jamie Lyon or Dugan? Or would you suggest another player.

At fullback, Josh Dugan is the standout option at the moment – particularly after his 79 against the Bunnies on Monday night.

In the centres there are a few more options – I've brought in both Lyon and Michael Jennings in recent weeks to cover injuries, while Simon Mannering is a nice consistent option and Konrad Hurrell is a gamble who could score anything between 20 and 80 every week.

From Chamath Gunathilake
What to do with Hayne?

Hayne's hamstring injury is still an "indefinite", which is a dreaded term for Dream Team coaches.

It's a tough one. Basically, if you need points now and can't afford to have $300,000 sitting on your bench then trade him, but otherwise hang in there and cross your fingers he'll return for the Eels in the next week or two. If you are sitting pretty in your head-to-head league top eight and are happy to cruise home to the finals, then hold him if you can. Overall points DT coaches who are still in the race need to trade.

From Maneesh Naidu
Hi Scout, updates on Gallen, Woods and Fifita please, with stay or trade, considering most of us are running low on trades at this point.

Gallen's expected back for the Sharks next week, Woods the same. (Stay up to date with the entire NRL injury list in NRL.com's casualty ward.) Fifita has been named to play and remains a keeper. Keep all three if you've got them, unless you've got a lot of trades left.

From Chris Dunham
Is it worth trading up from Issac Luke to Cameron Smith (I already have Farah) or is the extra $200k better spent elsewhere?

Cameron Smith and Robbie Farah are the top two scorers in Dream Team this year, in terms of points per week, so if you can get them both into your squad then do it. Getting the Smith/Farah combo should be one of the targets of every Dream Team coach every season. (Note to those who don't have Farah though: his break-even is above 100 this week so he's almost certain to be cheaper next week.)

Only keep Luke if you are low on trades and need to fix problems elsewhere.

From Simon Bishop
I have the money to get either Farah, Fifita or Fensom. Which of the big F's should I go for?

From Wayne Kelly
Albert Kelly to Johnathan Thurston? Is it worth the trade?

Nope. Both are high-40s scorers, so it looks like a very sideways trade at this stage of the season. If you're looking to trade out Kelly, aim to upgrade him to the likes of Daly Cherry-Evans, Adam Reynolds, John Sutton or Aiden Sezer – someone who can be relied on to give you 50+ points a week. If you can't afford that kind of upgrade and still don't want to keep Kelly, then cash him out for a cheapie and spend the money elsewhere.

From Zac Simons
What are your thoughts on Sauaso Sue? Time to trade? If so, who for?

Time to trade. Sue is coming off three scores in the mid-20s and needs to hit 54 to avoid another price drop this week, so he has well and truly peaked. Either cash him out for a $101,600 cheapie to make full use of his price rise, or if you have spare cash already then upgrade him to one of the star back-rowers (Corey Parker, Shaun Fensom, Anthony Watmough, Sam Burgess, Sonny Bill Williams or Paul Gallen next week).

From Tane Sarajevo
When is a good time to use your very last trade? Hold til the last week? Or trade up a few weeks out?

For winning a head-to-head league, it's always a big advantage to have trades up your sleeves. If you run out, an injury to one of your key players in the last few rounds could end your season. I strongly recommend holding off making that last trade for as long as possible. 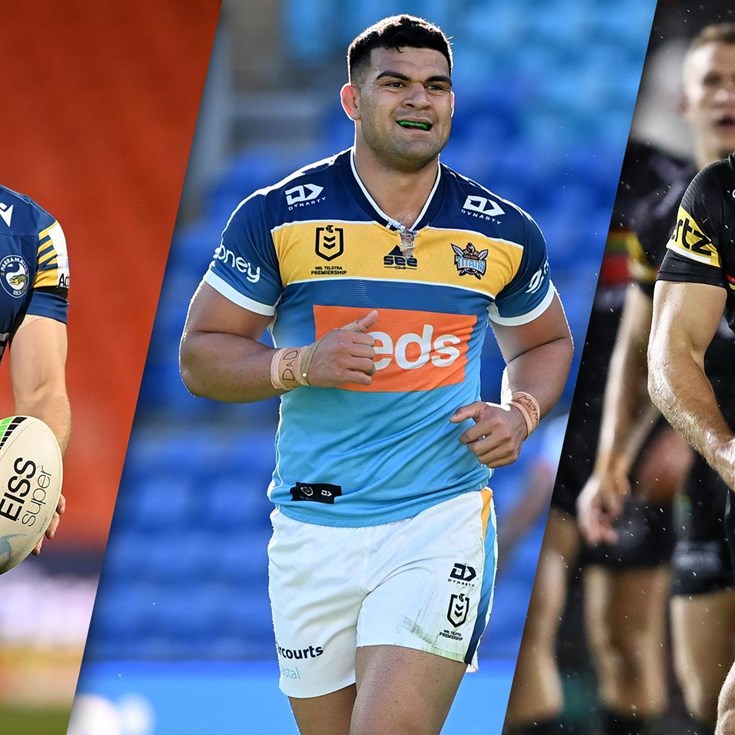