Both Penrith’s and North Queensland’s finals flames still flicker – but one team’s will be as good as extinguished at the end of this match on Sunday night at the foot of the Blue Mountains.

At the moment the Panthers and Cowboys are licking the edge of the top eight – with 20 and 18 points respectively, just below the current 23-point cut-off, they’re near enough if they’re good enough… and the two points and much-needed momentum are vital in this clash.

Penrith’s form has dropped off significantly in the past three weeks – they’ve suffered sizeable losses to the Roosters (42-6), Sharks (38-10) and Knights (32-14) after a positive period where they won seven of 10 matches.

The Cowboys, meanwhile, kept their super-slim finals chances alive with an upset 30-12 win against the Rabbitohs. That they’re still a hope of qualifying for the playoffs is a feat in itself – prior to their victory against Souths the Cowboys lost eight of their past 10 matches!

Ivan Cleary has been forced to reshuffle his Panthers team this week following injuries to Sika Manu and Adam Docker. With Nigel Plum, Matt Robinson, Sam McKendry and Tom Humble also out of action indefinitely, Nathan Smith comes onto the bench for Ryan Simpkins, who's been promoted to the No.13 jersey. Geoff Daniela comes into the centres, with Lewis Brown shifting to the pack.

The Cowboys, meanwhile, take an unchanged starting line-up into this clash. The only alterations to the squad that beat the Rabbitohs last week come on the five-man interchange bench where Rory Kostjasyn has been named in the No.14 jersey in place of Scott Moore and Ricky Thorby has been added as an extra front-row option.

Centre Brent Tate will line up for his 50th NRL match for the Cowboys.

Watch Out Panthers: Things don’t look promising for Penrith when you consult the statisticians. NRL Stats information paints a potentially one-sided story in this clash: Penrith have lost seven of their past eight Sunday fixtures; the Cowboys are poised for a record fourth straight win over the Panthers; and North Queensland have scored 110 points in their past four clashes against Penrith. Ouch!

Watch Out Cowboys: In just their second-last game at home this season, this is one of the final opportunities for departing stars Luke Walsh, Clint Newton and Mose Masoe to bid farewell to their fondest fans. Walsh and Masoe are headed to England while Newton is searching for opportunities elsewhere – and don’t doubt the impact a likely emotion-charged evening could have on the home side’s performance.

Plays To Watch: Look for the Panthers to promote the football – they looked best last week against the Roosters when they popped passes and supported the ball carrier. Expect their right-side defence, though, to receive a thorough workout – the table-topping Roosters ripped it apart with three four-pointers in their emphatic victory.

The Cowboys, meanwhile, looked great last week as they returned to their razzle-dazzle best against South Sydney – and expect their all-action attack to continue this week. Against the Rabbitohs their running game ran riot – they scored from cut-out passes, Johnathan Thurston double-pumps and short balls. Expect them to continue to throw it around here.

Key Match-Up: Premier playmakers Luke Walsh and Johnathan Thurston hold their teams’ fortunes in their hands. These men are two of the more creative playmakers in the competition – and they are all-round threats to their opponents. Walsh has orchestrated 13 try assists as well as three line-breaks and three line-break assists, while Thurston’s 16 games have resulted in 15 try assists, 12 line-break assists and eight line-breaks. Whoever gives their outside men better service and greater try-scoring opportunities will lead their side to victory.

Where It Will Be Won: The simple things win important football games – and there’s nothing more basic than holding onto the footy and completing sets of six. The Cowboys have struggled to do that in 2013 – they’re ranked fourth worst in the competition for errors with 10.6 per game – while the Panthers are ranked fifth best with an even 10.

The History: Played 30; Panthers 17, Cowboys 13. At Centrebet Stadium Penrith hold a slim advantage, victorious in seven of their 13 meetings.

NRL Live 2013 App: Gives you access to every NRL game this season on your iPhone, iPad or Android smartphone as it’s being broadcast on TV, with up to six live games each week, including the Panthers v Cowboys clash. Plus latest live scores, breaking news, comprehensive match highlights and full match replays.

The Way We See It: Confidence plays a big part in football towards the end of the season – and it’s slowly returning to the Cowboys’ game. With Johnathan Thurston nearing top form once again, North Queensland should prove too tough to handle, especially after the pounding the Panthers copped last week. Cowboys by 10 points. 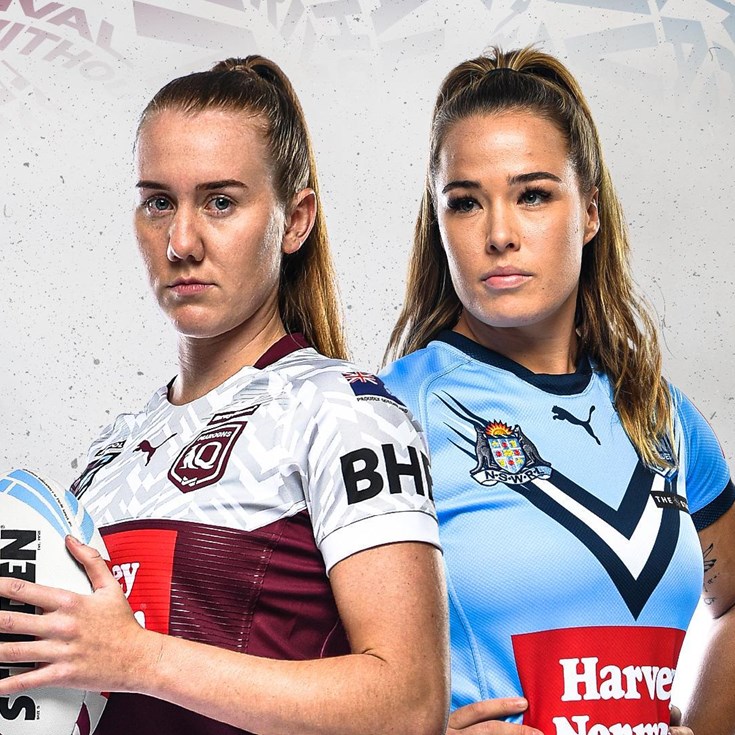