Despite their lowly ladder positions, the Eels and the Broncos both bring winning form into this crucial Friday night match-up.

Crucial for the Broncos, that is – Eels fans have long since packed up their calculators in terms of finals calculations in 2013 but last week’s narrow win over the Dragons kept the Broncos in with a sniff. However, they still need to win their last four on the trot to ensure their season lasts past Round 26, making this a do-or-die match.

It doesn’t mean the Eels have nothing to play for though – all involved with the club would have breathed a huge sigh of relief at finally being able to give long-suffering fans something to cheer for – albeit at the expense of the injury-wrecked, 15th placed Tigers. That win also kept them in with an outside chance of dodging back-to-back wooden spoons and a win here, assuming the Roosters will be too good for the Tigers on Monday, would close the gap at the bottom of the ladder to two points.

With a scarcely believable eight lead changes throughout the 80 minutes that clash of the cellar dwellers last Friday belied the respective form lines of each side to be arguably the most entertaining match of the round, and the Broncos’ two point win over the Dragons wasn’t far behind it. Neutral fans will certainly be hoping the Eels can continue to throw the ball around and take the fight to the Broncos, rather than continuing their woeful 2013 away form.

That away record now reads 12 games for 12 losses (including “home” games played at Homebush and Mudgee) this year at an average of 34 points conceded per match, and the Eels will need a major reversal on that stat to challenge a desperate Broncos side here.

One positive for them is the return of fullback Jarryd Hayne after two months on the sidelines, who actually played in his less-accustomed role of five-eighth last week in a late reshuffle. And that reshuffled side that eventually ran out for the Eels last week is exactly what Ricky Stuart has named this week, including Hayne at five-eighth, regular pivot Ben Roberts in the centres, Vai Toutai on the wing, Jake Mullaney at fullback, Mitch Allgood starting in the second row and Pat O’Hanlon on the bench. Brayden Wiliame and Daniel Harrison have been added to a six-man bench.

The major team news for the Broncos is the season-ending Achilles injury to star centre Justin Hodges, suffered in last week’s win over the Dragons, in what was an absolutely horror round injury-wise for both NRL coaches and Dream Team coaches.

David Stagg moves from the bench to the centres to cover Hodges and Jordan Kahu returns to replace last week’s debutant Jordan Drew on the wing. Nick Slyney, Scott Anderson and Jarrod Wallace all join the pine, rounding out another six-man bench.

Watch Out Broncos: Yes it was only the lowly Tigers, but could last week’s win have been the fillip the Eels have been searching for? After 10 losses on the trot the win may have released the shackles, especially with the talismanic Hayne back on deck. And although Hayne was good there were plenty of contributors.

The decision to shift Roberts to centre looks a masterstroke. Roberts’ running game has always been his biggest strength and, relieved of any playmaking duties, he used it to devastating effect against the Tigers. Roberts racked up game-highs in running metres (182 metres from just 12 runs with one line-break) and tackle-breaks (eight) and in the process laid on two tries for his outside man Toutai.

And for the second week in a row the Eels looked to throw the ball around a lot more. Parramatta’s second-phase play was a cornerstone of the side’s improbable run to the 2009 Grand Final and while we would baulk at comparing this side with that one, at least they are now showing more intent. After being the most reluctant offloaders in the competition with just six per week over the first 20 rounds, the Eels have thrown 24 in the past two weeks. This uptick in attitude could spell danger for the Broncos.

Watch Out Eels: Origin lock Corey Parker has been an absolute rock for Brisbane this year. Aside from being the competition’s most prolific offloader (50 in 18 games) he leads the club for tackles (41.9) and running metres (137.1) per game. It’s incredibly rare for one player to be such a major contributor in both attack and defence.

And if you’re inclined to think any player who makes 42 tackles per week must be a ‘flop merchant’, have another look at the opening exchanges from last week for Parker’s massive third-minute hit on Dragons skipper Ben Creagh. The big back-rower was picked up and firmly dumped on his back in a clear statement of intent from the ageless Parker. And in another type of statement, the normally calm lock lost his cool right before halftime in response to some Dragons niggling and launched himself at a wall of red and white despite his side having received a penalty. He sparks a huge amount of what Brisbane do and the Eels will have a big job containing him.

Plays To Watch: Hayne’s ‘run-hold-hold-pass’ put fullback Mullaney through a yawning gap close to the line last week and one of the reasons it’s so effective is Hayne is just as capable of holding on to the ball and carrying three sliding defenders over the line with him; Brisbane youngster Corey Oates has been a revelation so far in his five games in the top grade – watch for the towering 18-year-old to add to his six line-breaks in five games running off bustling centre Jack Reed, particularly when faced with Parramatta’s fragile edge defence.

Key Match-Up: Josh McGuire v Mitch Allgood. Allgood may have recently served a two-match ban for launching a flurry of punches at the head of aggressive Manly centre Steve Matai but it was a different story back in Round 9. Allgood found himself cooling his heels in the sin bin as penance for the crime of placing his head in the path of a series of punches from McGuire, who took exception to a late Allgood hit on kicker Peter Wallace. While Ricky Stuart has no doubt told Allgood to contain his aggression, there is also no doubt he will have it in the back of his mind that he owes McGuire a get-square. Can these two channel their aggro for the good of their respective teams, or will one or both end up in the sin bin due to a brain explosion?

Where It Will Be Won: The one percenters. Parramatta have let themselves down plenty of times this season with poor handling, missed tackles, penalties conceded or poor last-tackle options right when they looked to be threatening. The Broncos are currently producing the fewest errors per game, with 8.6, while the Eels are almost two per game more at 10.3. But, on the flipside, Brisbane are the worst offenders when it comes to missed tackles, falling off 30 times per game. The Eels are fourth-worst here but still two clear of the Broncos, with 28 misses per game. If the Eels can get the little mistakes out of their game they can really push the Broncos.

The History: Played 46; Brisbane 27, Parramatta 18, drawn 1. The Broncos hold an 8-5 advantage at Suncorp and have the edge overall, but despite Parramatta’s poor form in recent times the Broncos have still struggled to beat them – the past 10 matches are split five apiece. And in a little positive omen for the Eels: they may not have won back-to-back games in a year, but the last time they did – in Round 21, 2012 – the second of those wins was at Suncorp with a surprise 42-22 thrashing of the Broncos.

NRL Live 2013 App: Gives you access to every NRL game this season on your iPhone, iPad or Android smartphone as it’s being broadcast on TV, with up to six live games each week, including the Broncos v Eels clash. Plus latest live scores, breaking news, comprehensive match highlights and full match replays.

The Way We See It: Despite a win last week it’s hard to ignore the fact that the Eels have been awful away from home this year with plenty of cricket scores racked up against them. They did show some positive signs and should push the Broncos here but expect Brisbane, with more to play for, to be too strong at home. Broncos by eight points. 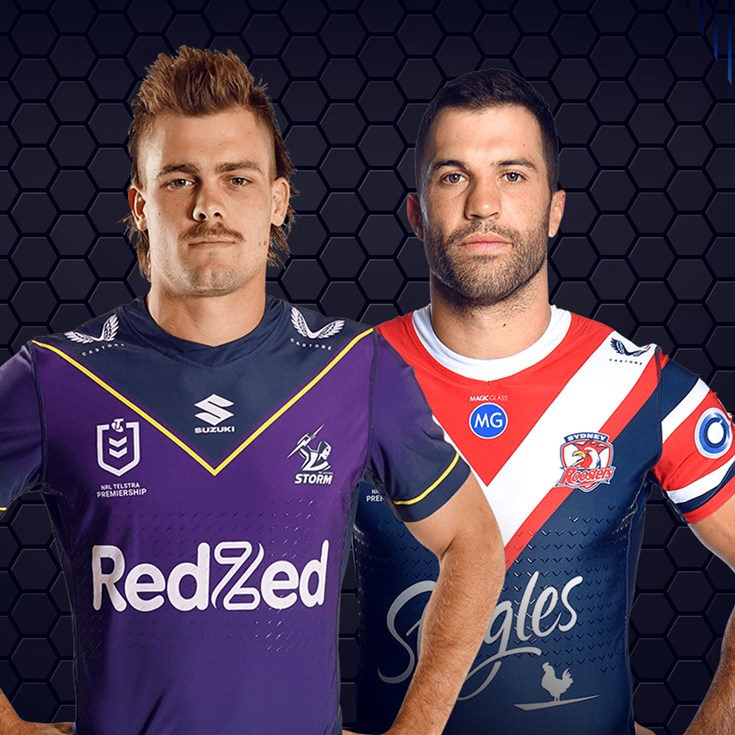 Presented By Sportsbet 2 hours ago
01:12