The Cowboys have raised one last effort for a crack at a place in the finals. The fact that effort has come in the wake of coach Neil Henry getting the news his services won't be required by the club for next season is just another of those strange developments we often see in the Greatest Game of All. The players have made it clear they are trying to send Henry out the right way, which makes you wonder why they couldn't have done better during the first 20 rounds.

The Cowboys looked gone for this season after their latest, three-game losing streak, but wins in the last two rounds over the Rabbitohs (30-12) and Panthers (36-4) have given them something to play for in the remaining four rounds. They can't afford another loss from here, and there is no guarantee four more wins and a final competition points tally of 28 would get them into the finals, but it would go close. Particularly since, despite the fact they have a win-loss record of 8-12, their points for-and-against differential is relatively healthy at plus-three.

The Titans' season appeared to be failing as well, after a run of four wins in six games was followed by four straight losses, but they have bounced back to beat the Tigers (36-6) and Bulldogs (26-16) in the last two rounds. The Titans have climbed back to eighth spot, with a 10-10 record, a differential of minus-11, and 24 points. The Cowboys are on 20 points, and it would obviously do their cause a lot of good to not only win, but to beat one of the teams not too far ahead of them on the competition table. It is possible, but unlikely, that both teams will make the finals, which should create a real, cut-throat atmosphere for this game and make it one of the best of the round to watch.

Both coaches have named the same 17-man squads from last weekend. The only movement within that is from the Titans, who have elevated Luke Douglas from the bench to start and relegated Ryan James to the bench.

Watch Out Cowboys: Aidan Sezer may still be without his partner in crime in the halves, the injured Albert Kelly, but he has taken on some extra responsibility in Kelly's absence and is getting good support from his temporary halves partner, the enormously experienced Ashley Harrison. Sezer is running the ball with purpose and looking dangerous.

Watch Out Titans: This is Johnathan Thurston/Matt Bowen country. Not Townsville, although that obviously is as well, but the situation the Cowboys find themselves in. They're under pressure to try to make the finals, but at the same time they're not under pressure, because it will be no shock if they don't make it from here. Under those circumstances, Thurston and Bowen are going to go for it, which makes them even more dangerous than usual.

Plays To Watch: Look for Titans lock Greg Bird to argue with the referees, but more importantly look for him to put the defence under pressure with offloads. Strangely, for a player so good at it, he was kept to zero offloads for four straight games recently, but has bounced back with four in his past two.

Cowboys second-rower Gavin Cooper knows how to score tries, and make them. He has seven line-breaks, five offloads and four tries this season. He seems to be able to read what Thurston and Bowen are likely to do, which is always handy.

Key Match-Up: Not a bad quartet starting the game as rival props – James Tamou and Matt Scott for the Cowboys and Nate Myles and Luke Douglas for the Titans. Tamou has been very self-critical of his play this season, but the vast majority of players would still rather play with him than against him. In last weekend's win over the Panthers, Tamou ran for 183 metres, his third-best total of the season – and he only played for 41 minutes.

Where It Will Be Won: We've got two tough, skilled packs here. If there is not a lot between them out on the field then the halves will decide this one. Thurston is obviously the standout playmaker in this game, but Cowboys halfback Robert Lui, while he never racks up a lot of running metres, is sneaky clever with his offloads. He had three against the Panthers, and totals 14 overall in his 11 games this season.

The History: Played 12; Titans 7, Cowboys 5. The Titans have won the past three and six of the past 10 clashes, as well as three of the past five at this venue.

NRL Live 2013 App: Gives you access to every NRL game this season on your iPhone, iPad or Android smartphone as it’s being broadcast on TV, with up to six live games each week, including the Cowboys v Titans clash. Plus latest live scores, breaking news, comprehensive match highlights and full match replays.

The Way We See It: The Titans are in with a shot, but it is in a game like this – on the road, in front of a big, vocal crowd and against a team that, at its best, is very dangerous – that they look likely to suffer most from being without Zillman, Kelly and Jamal Idris. That's a lot of attacking prowess to be missing. The Cowboys have defended very well at home at times this season. Cowboys by eight points. 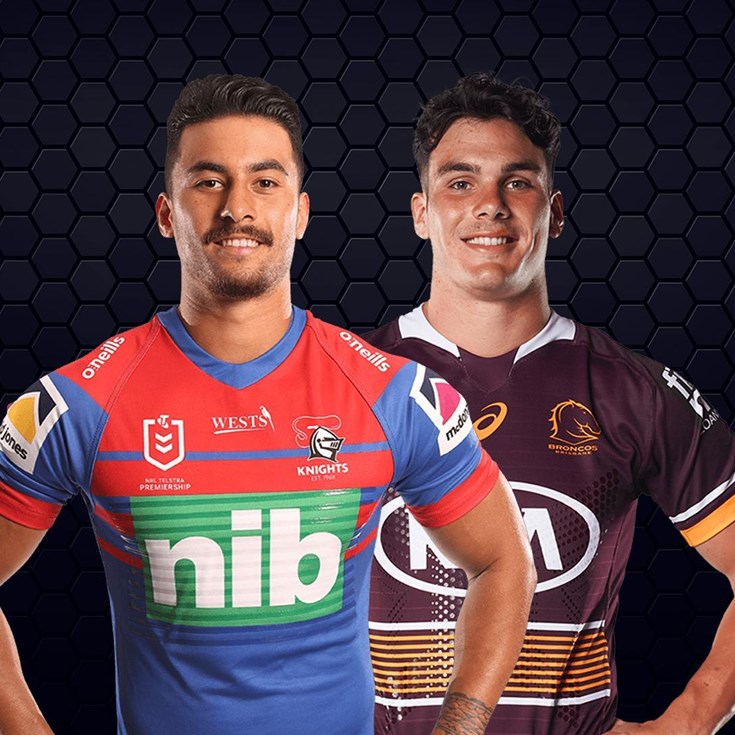