The former head of the Australian Competition and Consumer Commission and one of the most respected business leaders in the country, Mr Graeme Samuel AC, is to be appointed to the Australian Rugby League Commission.

ARLC Chairman, Mr John Grant, confirmed today that the Commission had determined that Mr Samuel will commence his term as Commissioner on November 1 replacing Mr Gary Pemberton AC, who is stepping down on October 31.

“Graeme Samuel is one of the most respected figures in the Australian business landscape and has an extensive background in competition and consumer regulation, communications and media, corporate governance, strategic planning and change management, public policy and dealings with government and regulators,” Mr Grant said.

“Through his previous role at Greenhill he was closely involved in the NRL media rights negotiation.

“We got to know each other well and feel very comfortable that this, together with his time as an AFL Commissioner, give him a strong understanding of some of the game’s key strategic issues and opportunities and will allow him to contribute almost immediately.”

Mr Samuel said today he had developed a very positive view of the opportunities ahead for Rugby League during his engagement on the NRL media rights and that this was a key attraction in joining the Commission.

“While my background hasn’t been with the game of Rugby League, it has been in the business of sport which I think is very different to business generally,” he said.

“Success in professional sport is about bringing together a range of skills and creatively applying them to both handling the day to day well but not losing sight of the mid to long-term strategies that need to be in place to secure the future.

“The exposure I have had to the game and to the Commission over the last year has demonstrated the extent to which the game is striving towards an even more significant place on the national sporting landscape and I think there is a lot that can be achieved in the years ahead.”

“Gary made it clear when he came on board that he would only sit for two years but the contribution he has made in that time is extraordinary,” Mr Grant said.

“His keen insight into every detail made him a giant in Australian business and he has been pivotal in establishing the financial platform for the game.”

Mr Pemberton said: “I’ve thoroughly enjoyed being a part of what’s been a significant period of change for Rugby League and one which puts the game in a really strong position going forward.

“I think the game is heading in the right direction and it’s been a pleasure to work with the other Commissioners and the Executive.” 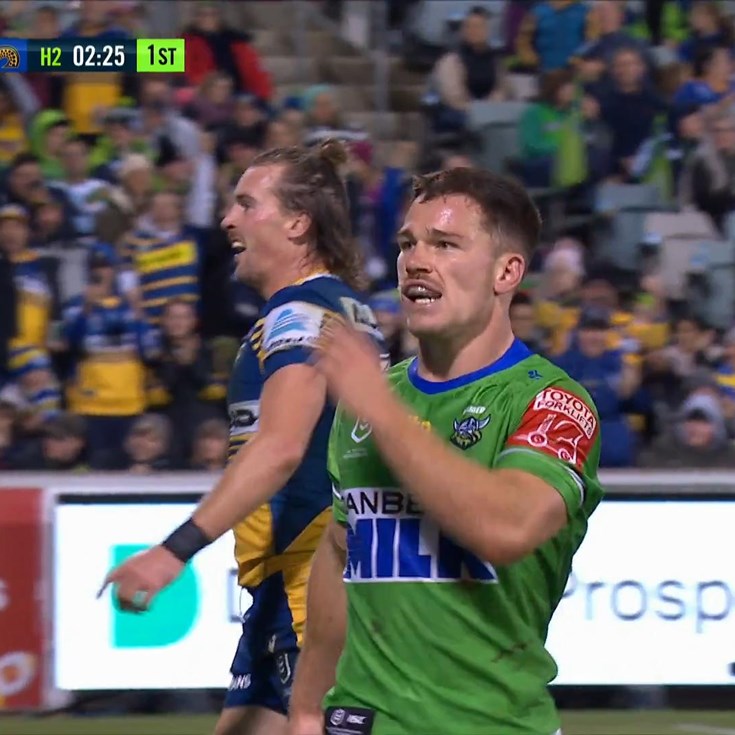 Eels win the kick contest and Mahoney slides over