Two wins from 10 games, an injury list that never seems to end and a mid-season change of ownership.

It hasn't been a great start to 2014 for the Newcastle Knights, and it won’t get any easier this Sunday when they travel to Mt Smart Stadium to face the Warriors.

After a week off to mull over their last-minute loss to the Sea Eagles in Round 10, the Knights would be lamenting poor defence which ultimately cost them an upset victory.

This week they welcome back centre Joey Leilua and Kiwi enforcer Jeremy Smith, but have suffered a couple of big losses with the injury omissions of NSW Origin forward Beau Scott and gun winger Akuila Uate.

Willie Mason starts, with David Fa'alogo dropping back to be 18th man.

Those inclusions are sure to boost the Knights’ prospects, but they encounter a Warriors side who maintain a settled line-up.

After winning ugly against the Titans last Saturday, the Warriors welcome back Sam Rapira, who takes the place of Ben Henry (knee).

They are sweating on the fitness of star halfback Shaun Johnson, who sat out the final 10 minutes of last week with an ankle injury. Should the Kiwi international fail to recover in time, rookie Tuimoala Lolohea will make his debut.

Captain Simon Mannering reaches a special double milestone this weekend, playing his 200th NRL game and 100th as captain of the club. Hooker Nathan Friend also clocks up a half-century of games for the Warriors.

Watch Out Warriors: The Knights have had a week to rest up and refocus, something which experienced stars such as Kurt Gidley and Willie Mason are sure to be better for. After an opening two months that they would rather forget, this weekend presents a chance for the Knights to start fresh. Any pre-conceived ideas the New Zealanders may have better be thrown out the window come Sunday.

Watch Out Knights: So far in 2014 watching Newcastle in the attacking 20 has been about as enthralling as lunch with the in-laws. With only 26 tries, an average of 2.6 per game, the Knights are ranked last in terms of four-pointers scored in the competition. It is no coincidence that the two occasions when the Novocastrians have scored more than 20 points this year have also been the only two games where they have tasted victory. The Warriors average 32 points in home games this season, leaving the Knights with a simple equation; score more points or prepare to lose.

Johnson and Konrad Hurrell have hit purple patches of late, and their x-factor plays will have an impact on the result if the Knights can’t limit their input. Johnson has been a menace at the line, running for 223 metres and breaking five tackles. Hurrell too is back to his wrecking-ball best, producing five offloads, six tackle busts and 237 total run metres in his last two matches. A new addition to his game in 2014, Hurrell has turned provider on a number of occasions, with the Tonga international laying on a total of six try assists and four line-break assists in his eight games to date.

Plays To Watch: One of Andrew McFadden’s finest moves since taking over as head coach has been shifting Ben Matulino from the middle of the park out on to the left edge. The Kiwi international has responded by scoring the opening try in the last three games, and his powerful running game is at its most dangerous in the opening 20 minutes.

The Knights hold an advantage over the Warriors in the general kicking department, and Jarrod Mullen’s long game off the boot – which is delivering an average of 531 metres this season – can challenge the big Warriors wingers who struggle to turn around and chase. Watch for Mullen to unleash a few 40/20 attempts early in the tackle count.

Where It Will Be Won: The Warriors’ ability with ball in hand sits among the best in the competition, and they have registered the second-most tries (43) and line breaks (59) through the opening 10 rounds. Provided Johnson takes the field, the combination of himself, Hurrell and Sam Tomkins should mean they score enough points to get past Newcastle. The Knights will need something special to contain the Kiwi side on attack, and have to find their inner-offensive monster, which has been all too shy in 2014.

The History: Played 30; Knights 15, Warriors 14, drawn 1. Since 2005 the Warriors have won 12 out of their 16 clashes with the Knights, which is their best run against any team over that nine-year period. Prior to their last loss against Newcastle in 2012, the Warriors had won five in a row. In the most recent clash between these two sides, the Warriors ran out 28-12 winners at Mt Smart Stadium.

The Way We See It: The Warriors are back at Mt Smart Stadium, a fact which the playing group and fan base are equally excited about. It is a tough place to win, especially if you sit second to last on the ladder on a four-game losing streak. Newcastle have plenty of character, but that won’t be enough to beat a rampant Warriors side, who continue to improve every week. Warriors by 18. 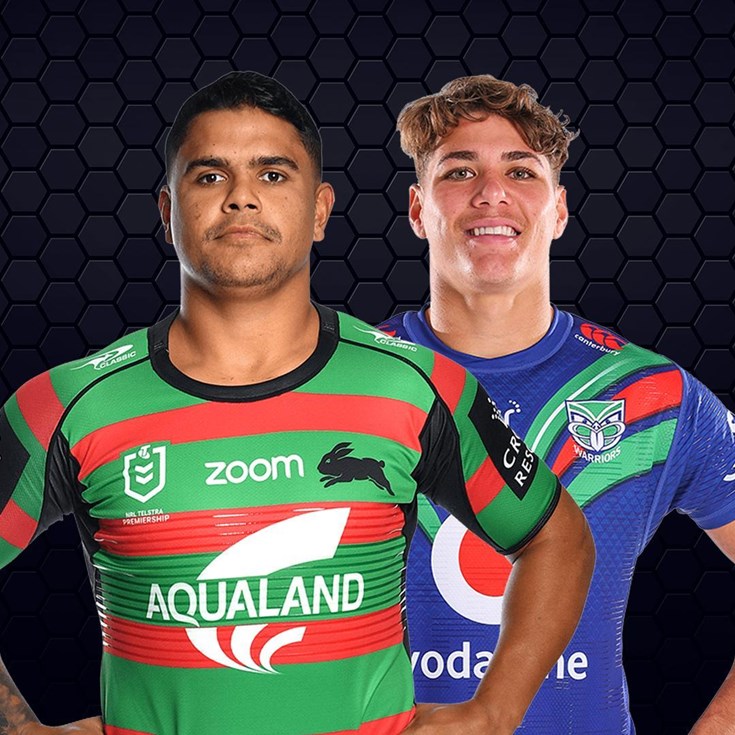