His side may be celebrating a 24-16 win over the team that vanquished them in the 2013 decider but Manly coach Geoff Toovey said one Roosters try had an unpleasantly familiar ring to it.
When Sonny Bill Williams made a strong charge at the Manly line, with the home side holding a slender 18-12 lead with less than 15 minutes remaining, he appeared to step off his mark and bobble the ball as he played it quickly to get the Manly defence backpedalling.
Then a quick flat pass from hooker Jake Friend sent Frank-Paul Nuuausala racing through a gap before another short flat ball sent halfback Mitchell Pearce on a run to the line to make it 18-16.
Manly captain Jamie Lyon immediately complained to the referees about Williams' play-the-ball, while the two flat passes in the lead-up left Toovey unimpressed after the game.
"It was maybe the Grand Final revisited with a couple of forward passes for that last try," Toovey said, making reference to a try the Roosters scored in their 2013 Grand Final win featuring a pass that looked to go forward.
"Maybe I'm the only one that can see it. That's the most disappointing thing; I don't think there was one penalty in the second half so I don't know what happened there either."
After an opening blitz of penalties that heavily favoured Toovey's side, the 7-2 penalty count in their favour at half time finished at just 7-3, with Manly five-eighth Kieran Foran deemed to be offside from the kick when he chased through a Daly Cherry-Evans bomb the only infraction of the second 40.
However Toovey was still full of praise for his side's strong efforts, in particular the opening 10 minutes of the second half when they were forced to do a mountain of tackling before getting back in front in the arm wrestle.
"I think just the defence, after half-time we made an error off the kick off, they were camped in our end for 10 minutes, it was taxing on us to keep them at bay," he said.
"[It took] a very resilient effort from the forwards particularly to work really hard and keep the Roosters at bay." 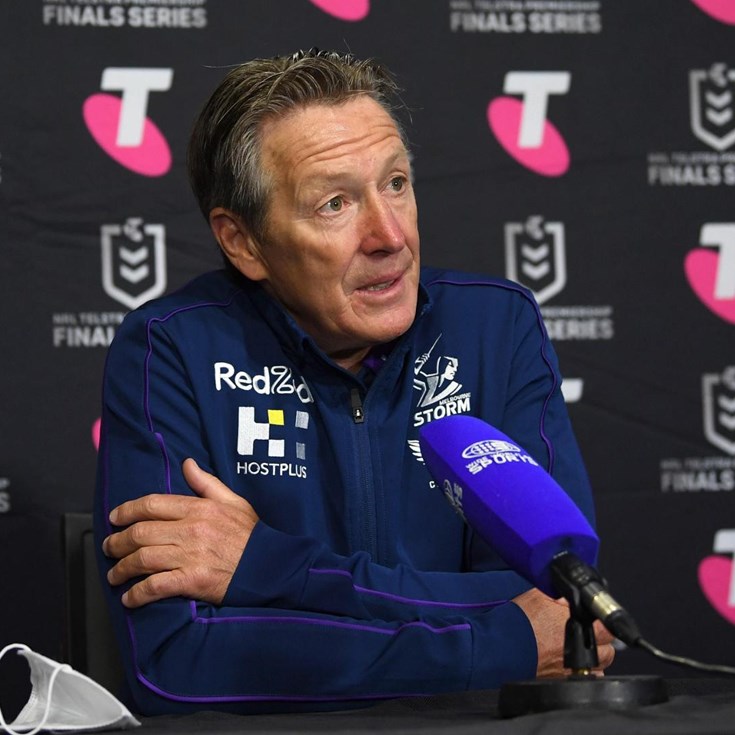