Brisbane five-eighth Ben Barba says there are no hard feelings between himself and good friend Josh Reynolds after the Bulldogs No.6 intentionally tripped the former Dally M winner in Friday's 41-10 win by the Broncos.
A mid-week assurance from Bulldogs skipper Michael Ennis ensuring his side wouldn’t target their former teammate fell on deaf ears as Reynolds' 70th minute brain snap ensured tensions would rise despite the result of the game being beyond any doubt at the time.
Having only returned from a three-game suspension in Round 21, Reynolds is certain to miss even more football for the 'Dogs after being reported for two separate indiscretions in what was an unhappy game for the 25-year-old.
The first incident occurred in the 51st minute when Reynolds lashed out at Brisbane's Sam Thaiday with his boot while on the ground during the play-the-ball. The second involved the unsportsmanlike trip on Barba that took place in the 70th minute, before Reynolds' night ended with a 77th-minute sin binning due to a high tackle on Alex Glenn.
Having known each other from their three seasons together at Belmore, Barba said the unsavoury tripping incident is just a sign of Reynolds' competitiveness, rather than a sign of him living up to his nickname of 'Grub'.
"He plays the game really tough and physical and sometimes he can just get caught doing the wrong thing at the wrong time, but I know the bloke and that's not the sort of bloke he is," Barba said.
"Obviously he's a great friend of mine and has been since our Bulldogs days. We were trying to get at each other all week so I knew he'd try and get me in one way, but I have no hard feelings towards him, he's a really good friend of mine."
Brisbane's prized recruit played one of his better games of the season against his old side, crossing for one try and making nine tackles, two tackle busts, one line break and one offload.
The former fullback is slowly warming to his new position at five-eighth and although he was happy with his team's runaway victory over Canterbury, he knows they face an even sterner test next Thursday night when they take on the Rabbitohs and their exciting halves pairing of Luke Keary and Adam Reynolds.
"I'm enjoying playing in the six and I've had a few rough weeks but tonight was really pleasing," he said.
"We knew during the week we had one job to do and that was to turn up here tonight and play against a really good Bulldogs outfit and I think we did that.
"[But] having said that, it will all mean nothing if we can't go down to Sydney next week and put in a good performance against Souths." 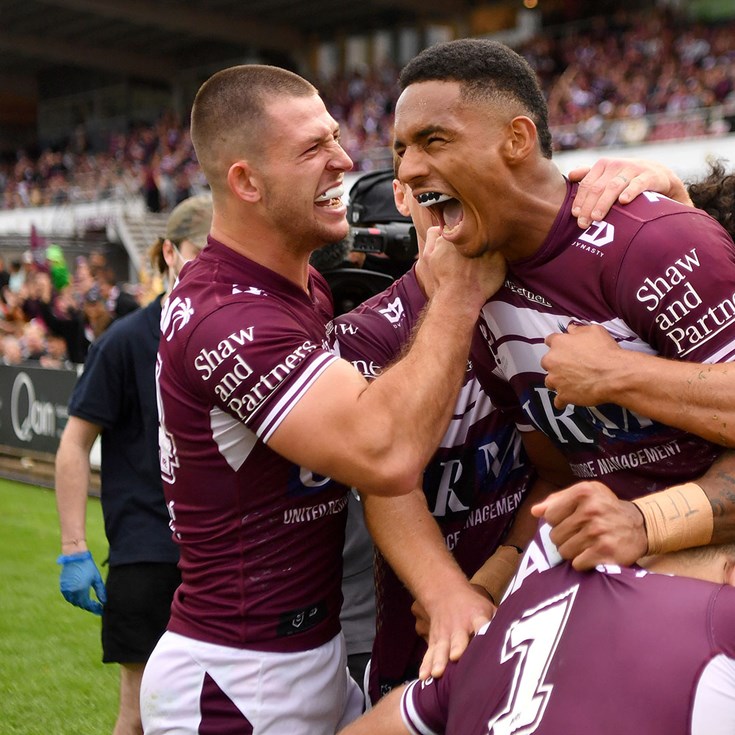