Ben Barba and Justin Hodges have inspired the Broncos to a crucial 48-6 thrashing of the Knights as Brisbane kept their finals hopes alive in front of 22,292 fans who braved a sodden Suncorp Stadium.
Hodges wound back the clock to reprise his role at fullback with great effect, having a hand in five tries, while Barba grabbed an 11-minute second half hat-trick as Brisbane raced away with a 40-point victory after leading 14-0 at the break.
Corey Parker achieved a personal milestone as he overtook Michael De Vere's points-scoring record of 1062 points with four goals with Jack Reed also impressive with two tries.
The Knights were without Jarrod Mullen, Kade Snowden and Jeremy Smith and struggled to hold the ball in the early stages, having only a 59 percent completion rate in the first half.
But it was Hodges who was the star of the show after his anticipated shift to fullback paid full dividends for the home side.
The late Hodges change caused some confusion amongst Brisbane's backline as their first meaningful attacking set ended with a loose pass that was scooped up by the Knights.
The Broncos soon found their continuity in attack as Daniel Vidot was held up over the line in the 12th minute after receiving a dangerous cut-out ball from Hodges.
Four errors by the Knights inside the opening 15 minutes ensured the visitors couldn’t seriously threaten Brisbane's line in the wet conditions.
Back-to-back sets by the Broncos built up pressure on Newcastle and they soon cracked after Brisbane spun the ball out to their left side towards the wing of Vidot.
Starting with halfback Ben Hunt, the ball went through the hands of a further three Broncos players before Vidot gratefully received the Steeden and snuck over in the corner for a try in his 100th NRL match. Corey Parker slotted a difficult conversion from the sideline to hand Brisbane a 6-0 lead in the 21st minute.
Holding onto their slender lead heading into the final 10 minutes of the half, Brisbane had a scare in the 34th minute when Tyrone Roberts came close to grounding a Michael Dobson grubber.
Two minutes later the Broncos stifled the Knights' momentum with their second try, which once again involved Hodges chiming in from fullback to set Matt Gillett up for his eighth try of the season.
With Parker temporarily off the field from the 29th minute getting a head cut attended to, Hunt took over kicking duties but couldn’t direct his effort on target as the score remained 10-0.
The Broncos conjured up another try inside the final minute of the half when Alex Glenn toed a grubber through in the direction of Jack Reed and the Broncos' centre latched onto a perfect bounce to race away and score. Hunt missed his second conversion as Brisbane went into the warm comfort of the sheds leading 14-0.
The Knights raced out of the blocks in the second half with the help of back-to-back penalties and as a result Korbin Sims crashed over the line next to the posts. Kurt Gidley added the extras to take the score to 14-6 in the 42nd minute.
Brisbane were wishing they'd stayed in the sheds at half-time as a Ben Barba kick went out on the full allowing the visitors another attacking opportunity. The Broncos managed to defuse Newcastle's subsequent attack and then received a relieving penalty after Beau Scott had impeded Hodges in the play the ball.
Jack Reed came close to scoring his second try in the 52nd minute, but after several video replays he was deemed to be held up short of the line with Dane Gagai and Michael Dobson saving the Knights from going further behind on the scoreboard.
Nine minutes later the Broncos managed to score their fourth try with Lachlan Maranta involved at the start and finish of the 80-metre move. The initial play involved Copley sending Maranta racing down the wing to within 20 metres of the line. Moments later Hodges delivered the final ball for his winger as the Broncos took the score out to 20-6 after Parker slotted the extras from the sideline.
Three minutes later the Broncos were in again after strong lead-up play by Jack Reed allowed Vidot room with the winger finding Barba in support to extend the home team's advantage to 24-6 with 20 minutes to go.
Barba helped himself to a second try after the five-eighth swooped on a loose carry  by the Knights and raced 40 metres unopposed to plant the ball down under the sticks. Corey Parker made no mistake with the conversion, taking the score to 30-6 and in the process levelling Michael De Vere's Brisbane points-scoring record of 1062 points.
Parker only needed to wait a further five minutes to break De Vere's record as Barba crossed for his hat-trick – his third try within an 11 minute period – and in the process extending Brisbane's lead out to 30 points.
Barba's hat-trick was the first three-try haul he had scored since Round 21, 2012 against the Cowboys.
Brisbane then iced the cake with two late tries to Corey Oates and Jack Reed as Brisbane kept their finals chances intact.
Brisbane Broncos 48 (Ben Barba 3, Jack Reed 2, Daniel Vidot, Matt Gillett, Lachlan Maranta, Corey Oates tries; Corey Parker 4 goals, Ben Hunt 2 goals) def. Newcastle Knights 6 (Korbin Sims try; Kurt Gidley goal) at Suncorp Stadium. Half-time: Broncos 14-0. Crowd: 22,292. 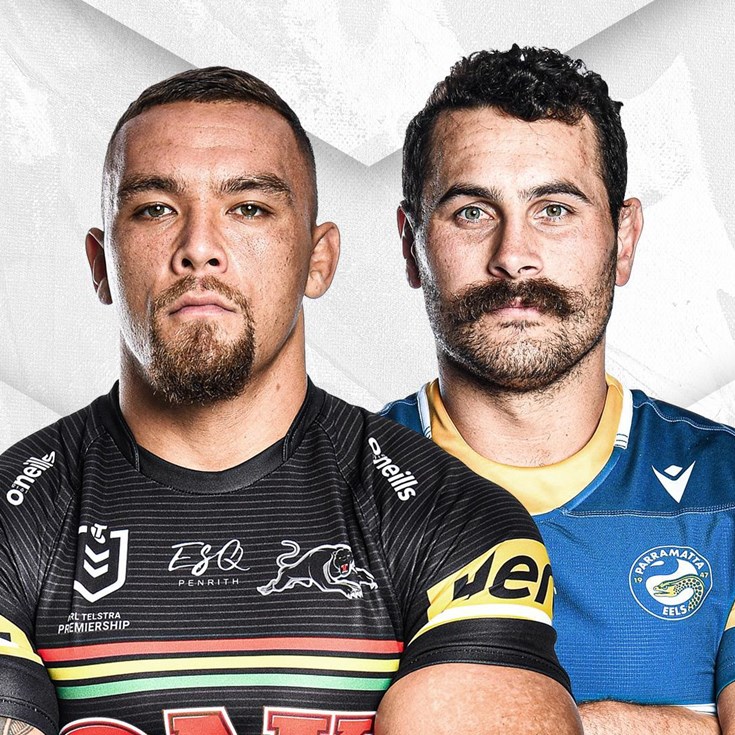