A JT double-act, with boom youngster Jason Taumalolo combining with regular suspect Johnathan Thurston, has delivered the Cowboys an impressive 22-10 upset of the high-flying Rabbitohs at ANZ Stadium.
Thurston and Taumalolo proved nigh on unstoppable over the course of a nigh on perfect first half from the Cowboys, in which they completed 19 of 19 sets, ran for almost 400 more than their opponents and most tellingly, put 16 points to naught past the most vaunted defence in the league.
Out-enthused and out-gunned as they felt the sting of defeat for the first time in five weeks, the Rabbitohs hearts finished in their mouths as Adam Reynolds pulled up as though he had been shot after making a break late in the game, clutching at his left hamstring.  It was on the same turf two years ago where the same injury had cruelled Souths' premiership hopes in their preliminary final loss the Bulldogs.
The untimely injury, which forced Reynolds from the field shortly afterwards, compounded a sorry night for the Bunnies number 7, who was thoroughly outpointed by opposite number Thurston.
Thurston's performance, with a double-double of try and line-break assists complemented by a quartet of forced line dropouts, was straight from the top shelf as per usual, while Taumalolo propelled his 191 centimetre, 112 kilo frame forward with gusto, to the tune of 119 metres and a try within the first half an hour alone.
Not to be outdone was returning flyer Kyle Feldt, a late starter for the suspended Matthew Wright, who bagged two tries to cap his first NRL game in four months as the Cowboys withstood a spluttering second-half revival from the Rabbitohs to close out their third straight win over the red and greens.
The win takes the Cowboys to sixth place on the NRL ladder and places their finals destiny firmly in their own hands with home games against the struggling Sharks and top of the table Sea Eagles to close out their year.
Feldt got the Cowboys party started early, celebrating his late call-up by rag-dolling Greg Inglis, yes Greg Inglis, across the sideline in the third minute, though there was no confirmation as to whether pigs flew shortly after.
After forcing a repeat set against the home side and benefiting from two early penalties against Dylan Walker, Thurston opened the visitors' account with a ninth minute penalty goal. Off the back of better than 70 per cent of possession, they eventually cracked the Rabbitohs wall in the 15th minute.
It was who else but Thurston feeding the 21-year-old man-mountain who carries his same initials,  turning Taumalolo back on the inside from 20 metres out to push the Cowboys out to an early 8-0 lead.
A long break from Michael Morgan on a kick return delivered North Queensland back into the promised land minutes later, and Thurston again proved chief destroyer, mesmerising the Bunnies defence before sending Feldt across in the right corner before you could say 'geez Thurston's on his game tonight.'
Feldt's second of the night, coming by way of some flimsy Rabbitohs inside defence after Tautau Moga had drifted across the Rabbitohs' defence before turning his winger back on the inside, pushed the Cowboys out to a 16-0 advantage heading into the break.
The Rabbitohs had to be the first to score upon the resumption and looked to have done so seven minutes into the second stanza through five-eighth Luke Keary. The 20-year-old won the race to a grubber from halves partner Adam Reynolds, only to be denied by video referees Steve Carrall and Brett Suttor, who ruled his touchdown came on the dead-in-goal line in an agonisingly close call.
Six minutes later the Cowboys struck what proved to be the killer blow, and rarely has a knock-out punch looked so sweet. Making the most of their first attacking raid since the oranges were taken, North Queensland swept left through Thurston, with Gavin Cooper hitting and spinning at the line before finding Morgan out the back, who in turn fed a flying Antonio Winterstein to put the Bunnies now 22 points behind the eight-ball.
Joe Picker's first try of the year, equally impressive after a chip from Dylan Walker and a regather from Adam Reynolds, brought the home crowd of 17,171 temporarily to life in the 56th minute as Souths enjoyed a period of sustained possession and field position.
But when their next points came through Alex Johnston with just four minutes left, it was clear the Rabbitohs had blown a golden opportunity to steal pole position from Manly, who despite Friday's loss to Parramatta remain two points clear at the top of the ladder.
North Queensland Cowboys 22 (K Feldt 2, J Taumalolo, A Winterstein tries; J Thurston 3 goals) defeated South Sydney Rabbitohs 10 (A Johnston, J Picker tries; A Reynolds goal) at ANZ Stadium. Crowd: 17,171. 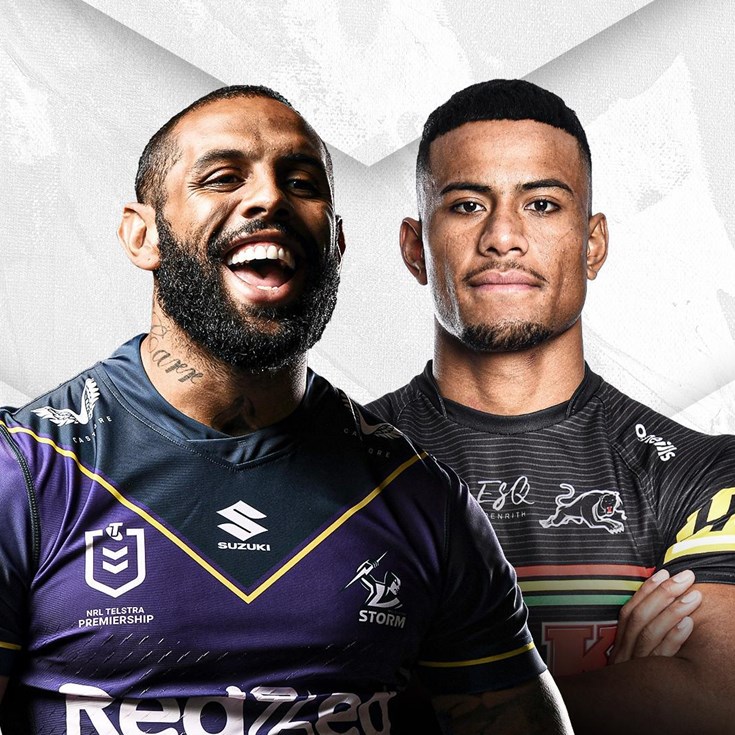