Reigning Dick Smith NRL Auckland Nines champions the North Queensland Cowboys will take on some of the game's top teams in next year's competition.
They will play the Storm, Panthers and Rabbitohs in their pool games in the tournament which will be played at Eden Park on January 31 and February 1 next year.
PDF: Full 2015 Auckland Nines draw
The team pools were drawn today by NRL, Jillaroo and Kiwi Fern players including Trent Merrin, Nathan Peats, Maddie Studdon and Sarina Fiso along with Dick Smith Electronics CEO, Mr Nick Abboud.
The NRL announced that the current women's Rugby League World Champions the Jillaroos will play three nine-per-side matches against New Zealand's Kiwi Ferns at the 2015 event.
The matches will be televised live on Sky Television during the Nines broadcast.
"The spirit of the Auckland Nines is to create an event that we can develop and grow and the decision to include the women's teams was the next natural step," NRL Football Operations Manager Nathan McGuirk said.
"Their inclusion creates more games and provides longer breaks for all teams participating as well as showcasing some of the best female players in the world."
Lovers of Auckland from around the world were given the unique opportunity to play a part in the 2015 tournament by choosing names for each of the four pools, with the most popular choices being made the pool names.
The public's choices showcase the diversity of the Auckland region's most iconic visitor destinations.
The public's choices were:
- Rangitoto - the Island's famed volcanic cone
- Waiheke – the home of the nation's wineries
- Piha – which represents a rugged West Coast beach
- Hunua Ranges – one of the nation's most famous bush areas
Draw
Rangitoto Pool: Eels, Sea Eagles, Knights, Dragons
Waiheke Pool: Storm, Cowboys, Panthers, Rabbitohs
Piha Pool: Roosters, Broncos, Bulldogs, Sharks
Hunau Ranges Pool: Tigers, Warriors, Raiders, Titans
Dick Smith Electronics CEO Mr Nick Abboud said the company had no hesitation in sponsoring the tournament for the second year running.
"After such a successful inaugural year and a sell-out stadium of 90,000, we are anticipating the 2015 tournament to exceed expectations once again," Mr Abboud said.
"We know Auckland will put on a spectacular show and provide great atmosphere, not just in the stadium, but across the entire city."
All 16 NRL teams will enter the tournament which carries prize money of more than $AU2.4 million.
The teams are split into the four pools and play nine minute halves.
The top two teams from each group advance to the knockout stage of the tournament before the two top teams play in the final.
Event travel packages are currently on sale in Australia through Sportsnet Holidays, www.sportsnetholidays.com (AUS) with three-day packages including tickets, return flights, transfers and accommodation starting from just $1335 per person.
Domestic travel packages are also available in New Zealand through www.bcdsport.co.nz. Tickets are only currently available as part of a travel package purchase.
Tickets will go on sale to the general public from October 9. 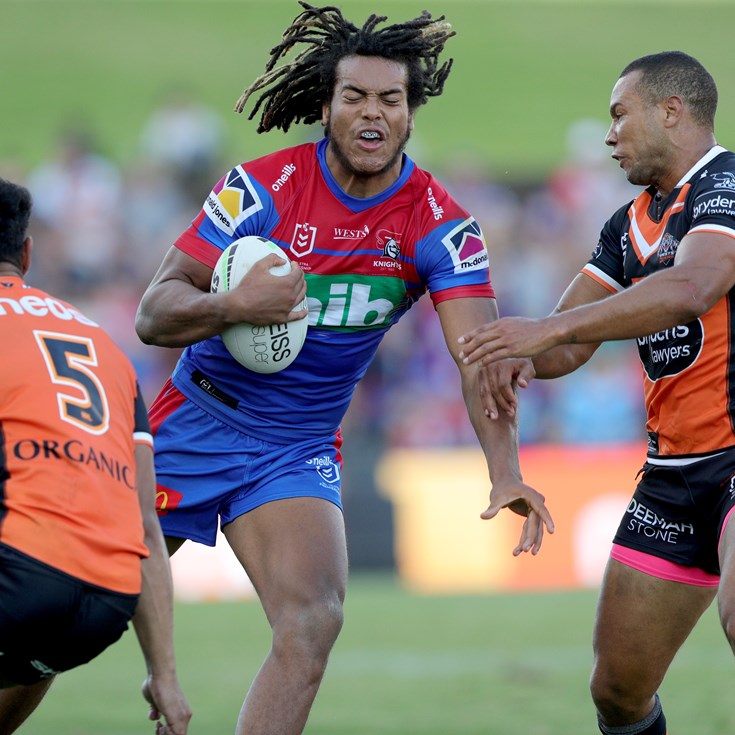