Sea Eagles coach Geoff Toovey has taken aim at the NRL's no-punch rule and the niggling tactics that he says have increased as a result of it, labelling the mandatory sin bin for punching "ridiculous" in the wake of his side's 18-17 nail-biting loss to the Bulldogs.

Manly's Josh Starling and Canterbury's Reni Matuia were both given 10-minute breathers by the referees for retaliating to incidents of foul play and niggling tactics at crucial points in the match, which was only decided in extra time by a Trent Hodkinson field goal.

With Manly trailing 16-0 after 18 minutes, a chicken wing tackle that landed Dogs second-rower Josh Jackson on report lit the fuse to a powder keg that threatened to blow from there on out.

Starling took exception to Jackson's effort, and threw a punch in the ensuing scuffle, earning himself a stint in the sin bin as referee Gerard Sutton told Manly skipper Jamie Lyon he had no choice but to bin the front-rower under the game's no-punch edict.

Maitua was then marched in the 71st minute for swinging at James Hasson in the midst of another all-in pushing and shoving affair. That one had erupted after Justin Horo had patted Dogs skipper Mick Ennis on the head after his error led to a Cheyse Blair try, in much the same fashion as Ennis had done to Storm captain Cameron Smith a week earlier.

Toovey pulled no punches himself in his assessment of the rule at the post match press conference.

"The whole thing's ridiculous, we all know that," Toovey fumed.

"But nothing's going to change. A bloke can grab your shirt, punch a bloke in the head, the other bloke punches him back and gets sent off.

"You can arm bar a bloke and not get 10 minutes but you retaliate and get 10 minutes. The whole thing's just out control but I'm not able to change it and I can't change the result.

"Again, it's the frustration of players.

"The league have made a rule I suppose and that's the way it is. I don't know, we have to go through those processes and procedures that they've got in place that they change rules with all the time."

Lyon, who remonstrated with the referees at the time of the incident, offered little when quizzed about Starling's reaction.

"Obviously didn't like the tackle did he?" Lyon said.

"He's just retaliated, it's a bit weird with the rulings at the moment but that's not for us anyway."

Manly were also on the wrong end of a technicality call that while correct, proved crucial to the final result.

The first field goal from Hodkinson that pushed the Dogs in front 17-16 with five minutes to play came after Josh Reynolds grubbered the ball into referee Sutton, with the Bulldogs being awarded the scrum feed and a repeat set in prime field position.

Toovey conceded the correct decision had been arrived at, but was nonetheless unimpressed that such a ruling had contributed to his side bowing out of the 2014 finals race.

"So much for referees not having a direct outcome on the game," Toovey lamented.

"Let's face it, that's what happened. Last tackle, hits the ref, they get six more and kick the field goal.

"I thought we could've won it there at the end of the game but a few things and a couple of legs from the ref got in the way." 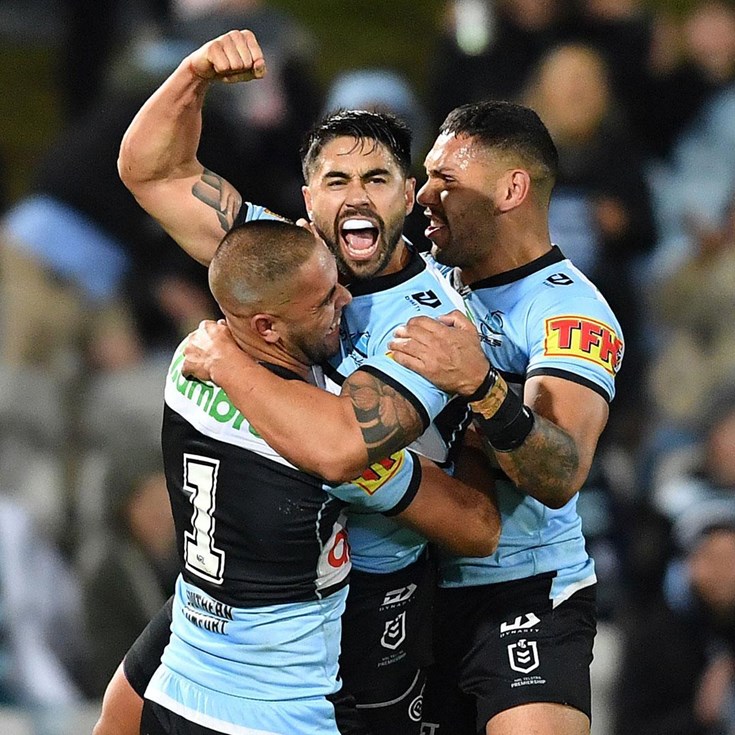