As we count down to the start of the new season of NRL Fantasy, NRL.com's Lone Scout is revealing each squad's player prices and best buys.

With a terrific pack of forwards, a hugely successful coach, the current NSW Origin halves, one of the game's best young centres and both Morris twins, it's no surprise the Bulldogs will start 2015 as one of the competition favourites. But it's their new dummy-half and their latest Kangaroos star who could provide the big value in NRL Fantasy.

James Graham ($448,000) – The Englishmen is arguably the best prop in the game, with a superb workrate in attack and defence combined with a passing game that unfortunately goes largely unrecognised by NRL Fantasy scoring. You can expect a solid 50 points from the Bulldogs enforcer week in, week out, and the fact he'll be in action in the first two major bye rounds (Round 12 and 15) only makes Graham more valuable.

Tim Lafai ($392,000) – Lafai completed a dream season with some impressive performances for Samoa at the Four Nations, having made an art of busting tackles in the centres for Canterbury. His only downside is that it's hard to see him matching his 2014 performances, with 11 tries and more than 100 tackle breaks across 21 games.

Aiden Tolman ($411,000) – He looks like James Graham, he plays like James Graham. The Bulldogs' other workhorse prop is a little cheaper than his front-row partner and is not quite as effective, but still sits comfortably within the top 10 props in NRL Fantasy.

Brett Morris ($315,000) – Rugby league's best winger will find himself in the No.1 jersey this year after leaving the Dragons to reunite with brother Josh at Canterbury. Strong defensively and a quality finisher, Morris's creativity and attacking spark will be tested in the new role (and at a new club) but if he clicks he could be a revelation behind incumbent Blues halves Trent Hodkinson and Josh Reynolds.

Michael Lichaa ($261,000) – The biggest gamble in a star-studded Bulldogs side could become one of the biggest moneymakers in NRL Fantasy. Former Cronulla young gun Lichaa averaged 42 minutes per game across 15 matches for the Sharks last season, coming off the bench in seven of those games. In 2015 he's one of the Bulldogs' big recruits, and is set to replace departed skipper Michael Ennis in the starting hooker role. Ennis made a habit of playing 80 minutes each week, and while Lichaa isn't expected to take on that kind of workload straight away he still should play closer to 50 or 60 now that he's a first-choice starter.

David Klemmer ($191,000) – Klemmer showed during Australia's Four Nations campaign at the end of last year that he can make a massive impact when he gets game time – something he's been a little short of at the Bulldogs behind workaholic props Graham and Tolman. Klemmer played about 20 minutes a game for the bulk of last season and about half an hour a game during the Dogs' strong finals campaign, and that figure is only likely to increase following his performances for the Kangaroos. He could be the next George Burgess if he gets decent minutes on the park this season. 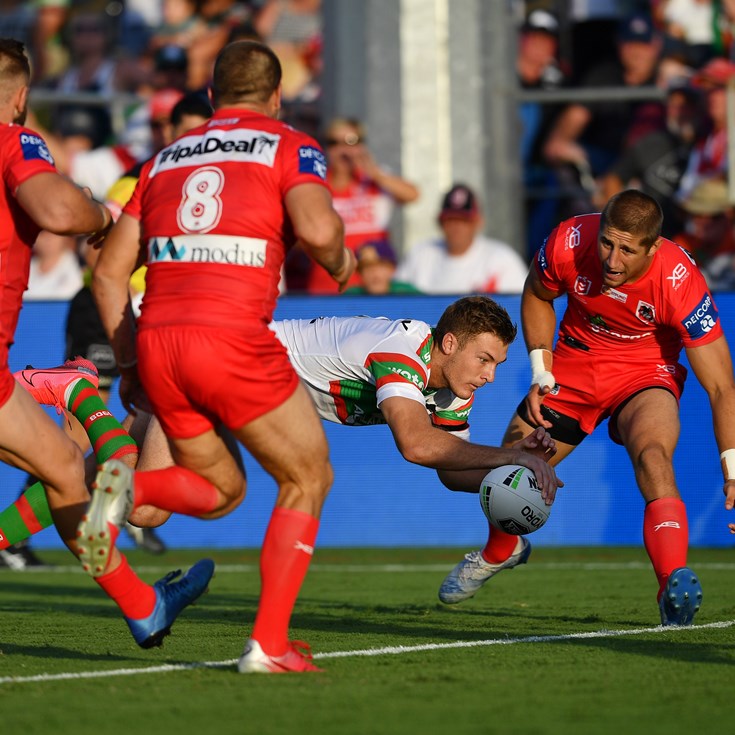 CNK's analysis of his bench and emergencies

CNK's analysis of his centre pairing