Last season several fullbacks captured the attention of Fantasy coaches. Jarryd Hayne was at his unstoppable best – at one point becoming the most valuable player in NRL Fantasy – while Greg Inglis, Billy Slater, Sam Tomkins, Matt Moylan, Michael Gordon and James Tedesco (briefly) all excelled at one time or another.

But in 2015 a whole host of other players could get their chance to make an impact in the coveted fullback position – a position that's become more important than ever in rugby league and Fantasy footy. With a lot of Fantasy points on offer for fullback-friendly stats like run metres, tackle breaks, try saves and kicks defused – not to mention the increasing role of fullbacks in rugby league in terms of scoring and setting up tries  – these players could be big scorers and great money-makers for your Fantasy side next season.

Hopoate was a sensation when he burst onto the scene for Manly in 2010, excelling at both wing and fullback before earning a NSW call-up as a teenager. After a steady if unspectacular season in the centres for Parramatta following his return to the NRL, Hopoate will replace Jarryd Hayne at fullback this year. The positional switch and his own improvement after two years out of the game should lead to steady price rises in 2015, but it remains to be seen whether the huge talent can match those eye-catching performances from his Manly days. He's not super cheap at $243,000, but his dual position status in Fantasy is a bonus.

Fantasy coaches will be hopeful Wayne Bennett gives Kahu the fullback role in place of the injured Darius Boyd this season, with the promising young gun starting the season nice and cheap at $165,000 and certainly capable of increasing his price tag in the custodian role. Justin Hodges (fairly cheap himself at $234,000, but only available in the centres in Fantasy) has proved to be a more than capable fill-in at the back, but his preference for a centre spot could see Kahu get the gig, or Hodges share the role with Kahu or someone else (perhaps ex-Raiders and Samoa fullback Anthony Milford, recruited to play five-eighth for Brisbane). Kahu has been spotted practicing under the high ball at Broncos training, so the signs are promising that he'll get first shot at the job.

Wighton impressed at fullback in the last three rounds of 2014, having spent large chunks of the season at five-eighth and centre. With Milford gone he is set to keep the role full-time, and he could thrive there in Fantasy – he averaged just under 200 run metres and more than six tackle breaks across those three games in the No.1 jersey, a couple of stats he didn't match in any other game in 2014. He's not a genuine cash cow at more than $300,000, but the hope will be he can average 40 or better at the back for Canberra and become a Fantasy keeper in the outside backs.

One of a couple of fullbacks to be sent on his way from the Broncos upon the arrival of Wayne Bennett and Darius Boyd, Hoffman has been signed by the Gold Coast where he is likely to wear the No.1 jersey – a number he wore only five times in 20 games for Brisbane last season. It's his preferred position and the one in which he thrives in Fantasy – he averaged 28.2 points a game playing in the halves last season, but that average lifted to 42 points through the four full games he played at fullback (before an injury-affected score of 14 in Round 26). William Zillman remains as Hoffman's competition for the fullback spot at the Titans.

A mid-year switch to the centres didn't hurt Dugan's Fantasy scoring ability significantly in 2014, but Fantasy coaches would be happy to see the Dragons star back in his old role in the Round 1 team lists. Dugan enjoyed a dominant first season at St George Illawarra after making a mid-year switch from Canberra a couple of years ago, and while he is no longer the only go-to man in the side thanks to the presence of Gareth Widdop and Benji Marshall, Dugan can still produce match-winning performances from fullback. He does have a patchy injury record and will play Origin, but with Hayne gone Dugan could rival Greg Inglis as Fantasy's top fullback.

Anthony Minichiello's retirement allows huge talent Tuivasa-Sheck to move in from the wing this year, and the young Kiwis star could make the move from mid-range player to genuine Fantasy gun if things go well. If given room to move in the middle of the park the fleet-footed speedster is capable of slicing defences open on a regular basis for the Roosters, collecting his fair share of run metres, tackle breaks and line breaks along the way. His positional play and defensive game won't be up to Minichiello's standard for some time, but it's in attack that Tuivasa-Sheck has the potential to become a Fantasy weapon.

Rugby league's best winger will find himself in the No.1 jersey this year after leaving the Dragons to reunite with brother Josh at Canterbury. Strong defensively and a quality finisher, Morris's creativity and attacking spark will be tested in the new role (and at a new club) but if he clicks he could be a revelation behind incumbent Blues halves Trent Hodkinson and Josh Reynolds. His relatively high starting price and guaranteed Origin selection will scare off a lot of Fantasy coaches though.

With Darius Boyd now in Brisbane, the fullback spot at Newcastle becomes a race in between Kurt Gidley and Sione Mata'utia. One's an inspirational skipper with an injury record that has caused nightmares for Fantasy coaches in the past, the other's a teenage sensation who is already too pricey to be seriously considering this season. Gidley is expected to start the year in the No.1, with Mata'utia left to battle Akuila Uate and James McManus for wing spots, but whoever gets the nod to replace Boyd at the back for Newcastle this season should probably be left out of your Fantasy side, with so many other good value options available. 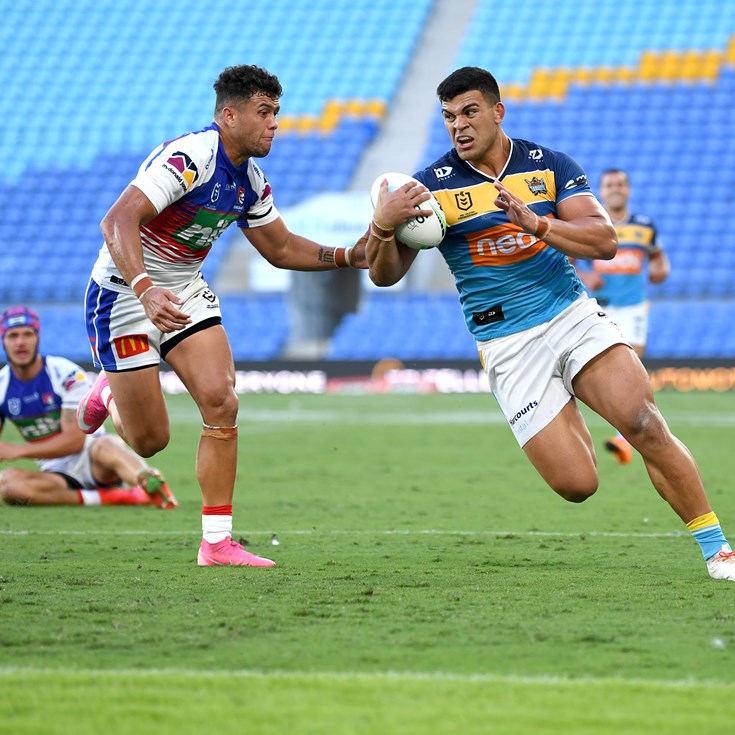