Are you out to beat your mates in a head-to-head league, or chasing the big bucks and trying to climb the overall ladder? Here's why that decision should shape how you play NRL Fantasy.

There's more than one way to play NRL Fantasy, and your ultimate goal should shape how you pick your initial squad and make trades throughout the season. Here are the two main approaches to Fantasy success.

Most Fantasy players will play in a head-to-head league this season – or several leagues. You can create up to five leagues yourself and play in an unlimited number of leagues. It's where the real rivalries come out – go up against one of your mates, colleagues or family members each week, follow the live scores between your two teams across the weekend, and claim bragging rights when the round is over.

Fantasy coaches who purchase the Flexi League Pass can customise how their league works – how many teams are involved, when the league starts, whether the league will continue through the major bye rounds – but default leagues work like this:
- 16 teams;
- Head-to-head games start in Round 4;
- No head-to-head matches will take place on the major pre-Origin bye weeks (Round 11, 14 and 17) when only eight NRL teams are playing;
- The top eight teams in your league will play off in a finals series starting in Round 22, and your league's grand final will take place in Round 25. This means that if NRL teams rest their star players in the final round before the NRL finals, it won't affect your league grand final.

With all that in mind, there are a few obvious tactics that you should focus on in picking a squad for head-to-head glory. Firstly, your team should be hitting its peak come finals time, when it matters most, so early in the season your focus should be on getting as many cash cows into your team as possible in order to give yourself a lot of spending power by the end of the year. Turn that spare cash into a team of star players and you'll be tough to stop at the business end of the season. The first few weeks are all about making money for your team, with the head-to-head match-ups only beginning in Round 4. That means you shouldn't worry too much about spending your entire salary cap at the start of the season.

It's also worth noting the default head-to-head leagues have a break in the major bye rounds, when half the competition – and all State of Origin players – are sidelined. That means you don't have to waste trades trying to get a full team on the park in those weeks; just save those trades for the crucial finals series instead. Obviously you want to have a strong enough team to make the finals in the first place, but beyond that it's all about getting a super team together for Round 22 onwards.

This is where the experienced Fantasy coaches should be focused, in a bid to climb the ladder and put themselves in contention for the weekly and major end-of-season prizes. Teams chasing overall points obviously need to score strongly from the get-go, meaning you'll need an entirely different strategy from head-to-head coaches.

First up, you should begin with a strong starting squad – that means fitting in as many high scorers under your starting salary cap as possible. Get at least one genuine Fantasy superstar in your squad as captain, with a decent back-up option as vice captain, and try to fill your starting 17 with players who are all likely to score well.

While head-to-head Fantasy coaches can afford to keep trades up their sleeve for the end of the season, overall points teams should make good use of them early – first to get your squad into a strong shape in the first few weeks of the season, then (after about half a dozen rounds) to start getting your team ready to handle the tricky Origin period.

At its simplest, planning for the Origin period means avoiding certain Origin players where you can, and stacking your side with players from teams who will be in action in the toughest rounds. The Rabbitohs, Eels and Wests Tigers are the only teams to play in all three major bye rounds, so non-Origin players from those clubs is a good place to start (see my full Fantasy analysis of the NRL draw here).

The third major trading period for teams chasing overall points is directly after State of Origin III, when you should trade big to get your "final" ultimate Fantasy team together for the run home.

So keep these tactics in mind when picking your starting squad and planning your early trades. If you haven't picked a Fantasy team yet, do it now. And if one game isn't enough, play NRL Fantasy Draft for an even more intense Fantasy experience. Both games are free to play, so what are you waiting for? 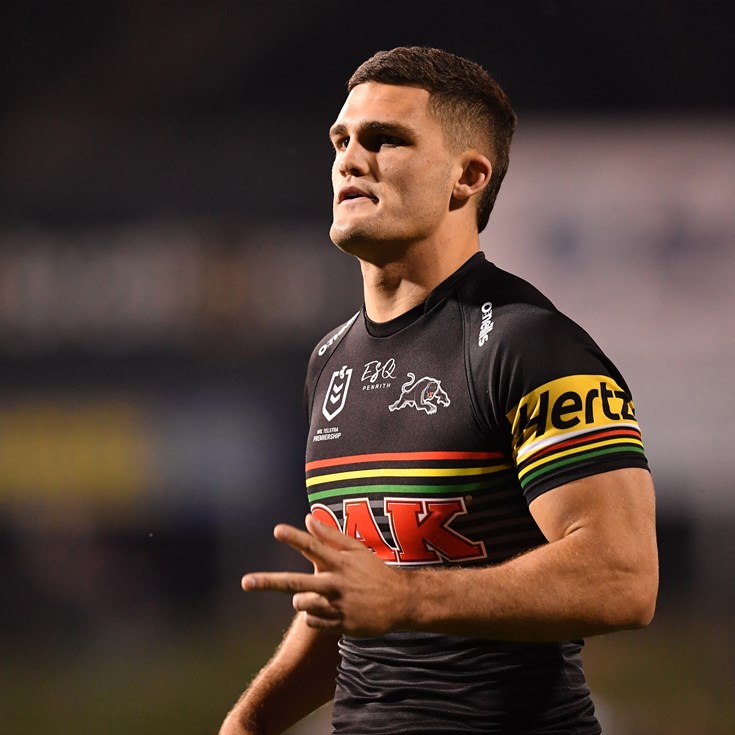