An explosive first-up effort from Parramatta and the loss of Bulldogs' five-eighth Josh Reynolds to a fractured arm have given this game a decidedly different complexion to what we may have expected ahead of Round 1.

The Eels were magnificent in disposing of the Sea Eagles in a runaway second half but we'll need a few more looks at them before we work out how much of that result was the Eels being good and how much was a beleaguered Manly being off their game.

The Bulldogs took more than three quarters of their game against Penrith to spark into life, charging back from 24-0 down with three late tries to give Ivan Cleary major heart palpitations at 24-8 with a few late sets at the Panthers line looking to even up.

The late comeback was stranger given the mountainous Bulldogs pack could be expected to start flagging late in the game while Penrith's more agile squad started running around them, but if anything the reverse was true. It's possible Penrith were wearied by having to spend so long bringing down the Bulldogs giants, in which case Parramatta's enthusiastic young pack will need to be managed well by Brad Arthur.

There is a big out for each team, who have made one change each. The Bulldogs have lost energetic five-eighth Reynolds for up to two months, meaning promising utility Moses Mbye comes in as a straight swap.

The Eels will challenge the grading of a dangerous throw charge picked up by Junior Paulo for his clumsy effort on Manly rake Matt Ballin but even if successful in a downgrade he will miss at least four weeks. He's still been named on an extended bench but his spot will be taken by one of the two new faces: Danny Wicks (who would be playing his first NRL game in five years) or young giant Pauli Pauli.

Watch out Eels: Ex-Dragons winger Brett Morris was, this time last year, arguably the best winger on the planet. He's now finding his feet at fullback for the Dogs and after a slow start he was a big part of why his side exploded back into the game against Penrith. 'B-Moz' finished with a whopping 196 running metres and a scarcely believable round-high 11 tackle busts. He'll pose a major threat at the back on kick returns and in broken play, especially as the Eels start to tire.

Watch out Bulldogs: Another thumping hat-trick to cult hero Semi Radradra and some earth-shaking collisions from Tepai Moeroa and Darcy Lussick (among others) featured prominently on the highlight reels. But arguably the best sign for the Eels was the form of their halves. Maligned halfback Chris Sandow looked fit, fast and focused. He also looked happy and confident, and that's a pretty bad omen for opposition sides. This is the Sandow, don't forget, that carved up the Bulldogs last year from fullback while Jarryd Hayne was on Origin duty. And forgotten man Corey Norman, who was Man of the Match last week and in the team of the tournament at the Auckland Nines, had a couple of sublime touches that led to tries in a fine all-round game.

Key Match-Up: Brett Morris v Will Hopoate. Last year, Eels centre Hopoate replaced an injured Morris on the wing for NSW. Each played their role in a drought-breaking series win and picked up injuries in the process that caused them to miss plenty of game time for their clubs. Now each is the full-time fullback at their club – Hopoate following the departure of Jarryd Hayne, Morris because he finally followed his brother to Belmore and replaced Sam Perrett at the back. Each scored a try in a big win last week. Each will again be in the spotlight this week. How many parallels do you need? It's an enticing match-up.

The above-mentioned Sandow-inspired 22-12 win last season is Parramatta's only win over the blue-and-whites in the past eight meetings, and their only win in their past 16 visits to Homebush. The Dogs gained revenge later last season with a pulsating 18-16 win at ANZ in Round 23 in a match best remembered for its ballboy-related controversy.

The betting has been one-way traffic for the Eels, who have moved in from $3.35 with the Doggies drifting from $1.33.

The Way We See It: It's a bogey team and a bogey ground for the Eels but it's also the bold new Brad Arthur era and the Bulldogs have lost a key man in Reynolds. Also, the Eels have had seven days to rest up from last Friday night while the Dogs have just a five-day turnaround after playing in the sapping Sunday afternoon sun at Penrith. We'll tip a sneaky upset and take the Eels to continue their strong start with a hard-fought four-point win. 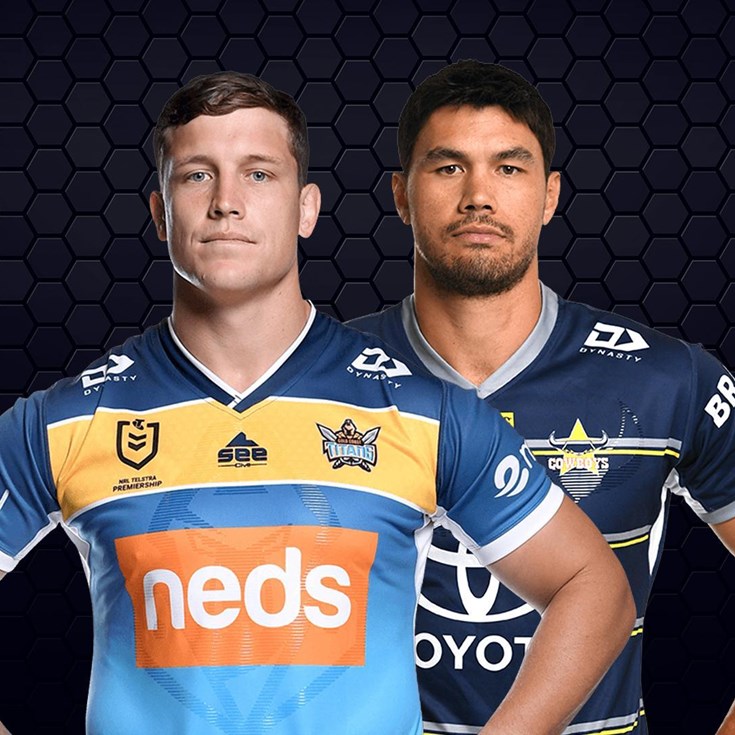