They were pipped in a golden point thriller in a game they should have put away, but Wests Tigers coach Jason Taylor said it was a "really positive night for the club".

The joint venture side were headed for a stunning upset when they led by three tries with 20 minutes remaining, before the Bulldogs fought back to force the extra period and then pot over the game-winning field goal.

However despite the late collapse, Taylor was resolute in his belief that – one week after pushing the defending premiers all the way – his team is "heading in the right direction."

"I said to the guys afterwards: It's important we don't bash ourselves up too much after that because you [media] will write that we had that game and should've won it," he said.

"And I think that's right, but that's not accurate in relation to players we had out tonight, the young players we had in our team, [and] the fact that we backed up from that game last week.

"It's a really positive night for the club in my opinion. That was last year's runners-up – yeah they lost Brett Morris, but he wasn't there last year either. They put Sam Perrett back there and he was just as hard to handle. So we're heading in the right direction, no doubt about it."

While he was naturally disappointed with the defeat, the first-year Tigers coach said he was proud of the way his side backed up last week's brave performance against South Sydney with another gritty effort against last year's grand finalists.

"It was a game that we improved immensely on what we came up with last week, particularly in attack. But we just ran out of a bit of steam towards the end and we allowed the opposition to come over the top of us. That's the NRL these days. You see that all the time now," he said.

"It's really disappointing, but it was a really strong effort again from us on the back of playing the premiers only five days ago.

"We're disappointed that the scoreboard ended up in Canterbury's favour, but we wanted to back up last week's effort and we did that really well."

"We knew what we had to do. We just didn't execute. We had our chances to win the game," he said.

"JT said to the boys in there, if we kick one of those field goals, it'd be a very different feeling. It doesn't change the effort we put in tonight.

"We've got to get better, but there's still a lot of positives to take out of it all. It's so disappointing because it's probably a game we should've won." 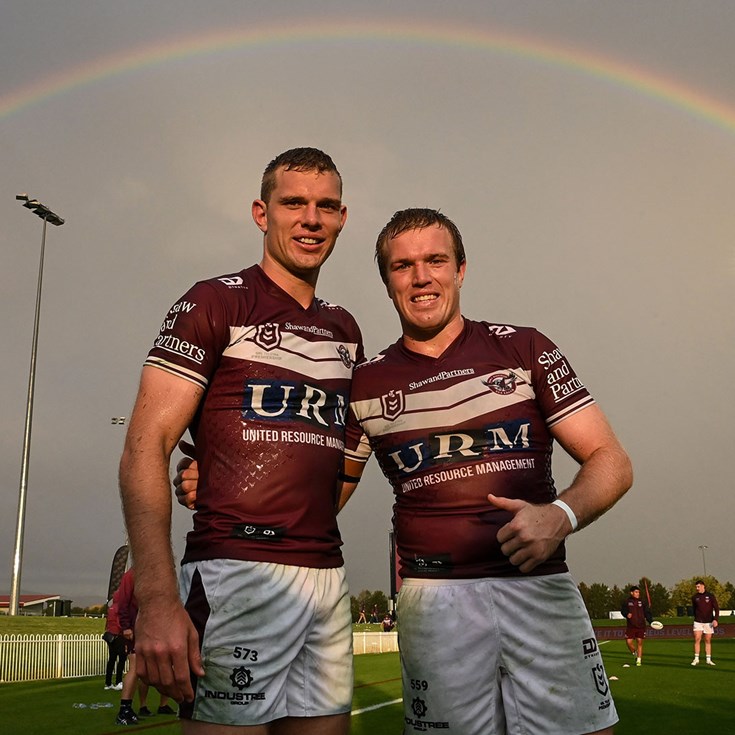