Parramatta flyer Reece Robinson was successful in downgrading his dangerous throw charge at the NRL judiciary on Wednesday night, meaning he will be free to face the Wests Tigers at ANZ Stadium on Monday afternoon.

Charged with a grade two dangerous throw for a challenge on Rabbitohs winger Joel Reddy during the Eels' Round 4 win over the premiers, the decision to downgrade the charge means that Robinson will receive 93 carryover points but will not miss any game time.

Manly prop Jake Trbojevic also successfully challenged his grade one dangerous throw charge, being found not guilty. The young forward is set to take his place in the Sea Eagles' Round 5 side, named on an extended bench for their clash with the Raiders in Albury.

Beau Falloon will miss two weeks after pleading guilty to a grade one dangerous throw charge for his tackle on Sharks rookie Jack Bird in the Titans' first win of the season on Saturday night.

Falloon would have only been looking at one week on the sideline if not for 87 carryover points accrued from a similar charge in the past two years.

Parramatta's Brad Takairangi entered a no contest, and will miss one week. 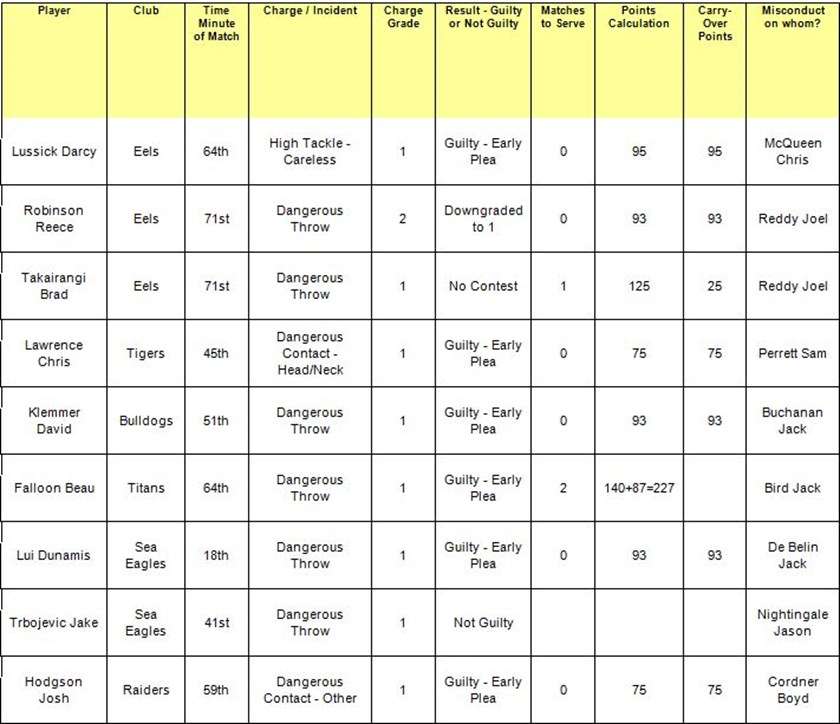