In some of the most extreme conditions for a game of rugby league in recent memory, the Cronulla Sharks have downed the South Sydney Rabbitohs 18-10 at Remondis Stadium to record their third straight victory.

With an epic southerly wind - peaking at up to 80 kilometres per hour - combined with a torrential downpour, the Cronulla Sharks jumped out to a lead and were never headed.

The Sharks did brilliantly in the conditions, holding on to possession and grinding out their opponents with controlled, disciplined football.

After some sustained pressure on the Bunnies line they eventually crossed as Jack Bird got himself on the outside of the Rabbitohs defence before offloading a nice pass to Gerard Beale. Beale in turn drew Alex Johnston before sending a pass out to Michael Gordon who did brilliantly in the conditions to pick the ball up off his bootlaces and plant the ball over the try line.

Running into a brutal wind South Sydney began to make the better of the conditions midway through the half holding on to the footy impressively and kicking smartly to the corners.

However, the Sharks would extend their advantage in the 23rd minute after gaining great field position from a George Burgess penalty. Ennis took the ball out of dummy half and put in a neat grubber into the in-goal. His kick sat up nicely for Luke Lewis who was tearing through to score the Sharks' second.

South Sydney did well soon after to defy the conditions in the 31st minute and score in the corner off the back of some swift ball movement out to Johnston. The young speedster caught the slippery pill behind him to finish off the movement and dive over.

The Sharks took the first points on offer in the second as they were awarded a penalty near the sticks. Valentine Holmes slotted the penalty into the stiff wind to extend the Sharks advantage to eight points with half an hour of football remaining.

Immediately after that score Jack Bird failed to take a bullet of a kickoff and the Bunnies started the next set from the Sharks 10 metre line.

It was an ominous attacking opportunity that they were able to capitalise on as Chris McQueen dived on a superb Luke Keary grubber in the 54th minute. Keary weighted his kick perfectly in the wet conditions whilst McQueen's run was perfectly timed. Luke converted to bring the Bunnies within two.

The next 15 minutes saw the game grow in intensity as both sides controlled the footy well and muscled up in defence. However it was the Sharks who seemed to be slowly gaining the ascendancy with some bruising defence. The Bunnies meanwhile were unable to capitalise on the wind, often kicking the ball dead while failing to make good metres up the middle.

With just eight minutes left the Sharks finally had a full set in attacking territory and they made the most of the opportunity, doing brilliantly to score, in much the same fashion as they managed to through Lewis in the first half.

But this time it was Jason Bukuya scoring off the smart Ennis grubber out of dummy half. With Inglis unable to control the bouncing ball Bukuya did just enough to hold onto possession of the ball and ground it in-goal.

That score sealed an iconic victory for Cronulla, special mention must go to the vocal contingent of 3,978 diehard fans who braved the brutal conditions to cheer their team to victory. 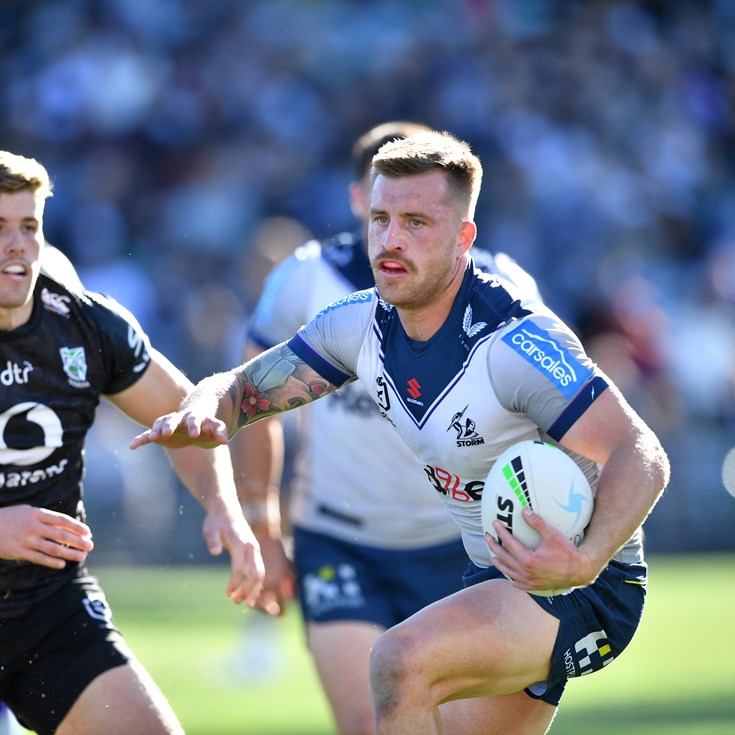