A bizarre fishing accident during representative week has sidelined Cowboys second-rower Scott Bolton for as long as three months, marking the second North Queensland forward to be sidelined for an extended period in as many weeks.

Coach Paul Green was tight-lipped on how the injury had occurred on Tuesday but it has been revealed Bolton's injury was sustained on a fishing trip, the 27-year-old noted outdoorsman slicing his finger open while preparing bait.

"'Bolts' has cut his finger pretty seriously. He's cut a tendon so they've had to reattach that. That's why it's so long; not good timing," said a slightly agitated Green on Tuesday.

"He's had to have an operation on it so he will be out a little while too. They're saying between eight and 12 weeks, so it's a big blow. He was in good form for us and did a great job against Newcastle."

The absence of Bolton, who was averaging more than 100 metres, 24 tackles and almost a tackle-break per game off the bench, is another setback for North Queensland, who lost star back-rower Jason Taumalolo on the second hit-up at Newcastle in Round 8.

Taumalolo is facing four to six weeks on the sidelines after initial fears of a grade three tear of the medial ligament in his knee, which would keep him out of action for up to eight weeks.

"It's a grade two medial. Better than first suspected so hopefully he's four weeks and not six weeks," Green said.

Taumalolo's favourable prognosis is welcome news with State of Origin on the horizon, meaning the starting front row of Matt Scott and James Tamou is again likely to be whisked away.

Veteran Gavin Cooper is also a chance of joining the Maroons camp, which will leave Ben Hannant and Ethan Lowe as the only forwards from the Cowboys' strongest 17 still in the side in the coming weeks.

"Last week we did a fair bit of training and preparation for when they are not there, the rep guys," Green said.

"That preparation at training, the penny has obviously dropped with our blokes.

"They are aware of what we need to do to be at our best come game day, so hopefully that continues (through the Origin period)."

"Given the game got put back a couple of days, we did look at possibly changing our schedule this week to give them (Thurston, Scott and Tamou) a bit more recovery but they pulled up fine from it so there is no need to go down that track," Green said.

In other injury news, centre Tautau Moga has suffered a slight knee injury in Saturday's Samoa v Tonga Test match and will likely miss one to two weeks.

"They said straight after the game a low-grade medial so possibly one to two games," Green said.

"He's had scans and it's still a bit unclear. There's a fair bit of swelling so at this stage they are not 100 per cent sure what he's done so once the swelling goes down they will get a clearer picture of what he's done." 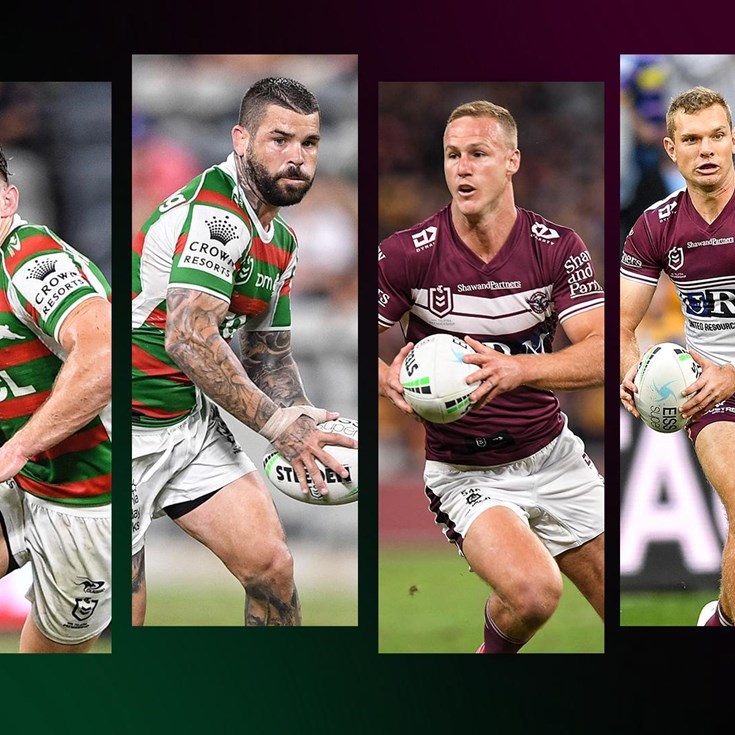 Presented By Youi 4 hours ago