It was the better part of a week ago but that incredible cover tackle from Bulldogs duo Frank Pritchard and Sam Kasiano is still fresh in the minds.

Like scud missiles, the two front-rowers launched themselves in perfect synchronicity toward the target of Tonga's Jorge Taufua in the dying stages of the Samoa v Tonga Test match.

It was a game-saving play from the Samoans, and is the kind of effort the Doggies will need to replicate often if they are to get away with the two points against a white-hot North Queensland side.

Two weeks ago this shaped as one of the more enthralling games of 2015, but both clubs have since been hit with injuries and suspensions to key players.

Nevertheless this one shapes as an interesting match-up of speed against brute force.

Recent times have seen utter carnage for the Cowboys, who have been required to make multiple changes. Matthew Wright returns in the nick of time to replace Tautau Moga. Jason Taumalolo's knee injury sees John Asiata taking his spot at lock, while Kelepi Tanginoa comes on to the bench, and Rory Kostjasyn returns to the interchange in place of Scott Bolton.

For Des Hasler's men, Moses Mbye gets another crack at five-eighth after another Josh Reynolds' suspension, Josh Morris returns from a syndesmosis injury, and David Klemmer is back after serving time for dissent. He will replace Antonio Kaufusi who joins Sam Kasiano on an extended bench.

Draw Widget - Round 9 - Cowboys vs Bulldogs

Watch Out Cowboys: The visitors welcome back tearaway front-rower Klemmer after his three-game suspension handed down after their Good Friday clash with South Sydney. At two metres tall and 120 kilograms Klemmer is a skyscraper among a monster pack, and is quickly becoming one of the Dogs' most destructive up the middle. He averages 124 metres and 17 tackles per game, despite coming off the bench every game this season, and could improve on those numbers in the starting side this week. While the Cowboys' starting pack will give up approximately 15 kilograms to the Dogs on Saturday, the visitors have size all over the park.

Watch Out Bulldogs: The tale of the tape will likely be where this game is won or lost. The Bulldogs starting pack may have 15 total kilos on the Cowboys, but Canterbury's bench averages 15-kilos per player more their counterparts – 114 kg v 99 kg. While the numbers are impressive, it could work against them in the later stages as the forward pack gets tired and the Cowboys get their groove on in the final 20 minutes.

Key Match-Up: Matt Scott and James Tamou v Aiden Tolman and David Klemmer. This one is a more important battle for the Cowboys duo than the Bulldogs' starting props. If the Cowboys are to use their speed late in this one, the likes of Scott and Tamou will have to hold the fort in the meantime. The Cowboys rank in the NRL's top three for average passes per game and may just ease the load on their two star forwards through the use of outside men.

The History: Played 32; Cowboys 11, Bulldogs 21. The Cowboys snapped an eight-year ANZ Stadium hoodoo last time out, but the Doggies have owned this match-up over the last six years, winning six of eight since 2009.

What Are The Odds: Cowboys ($1.33) v Bulldogs ($3.10). Sportsbet customers have identified the Bulldogs as great value and their price hasn't stopped firming since they were opened as $3.35 outsiders. Nearly three times the cash has been placed on the Doggies to come away with the win. Latest odds at Sportsbet.com.au

The Way We See it: Paul Green and captain Johnathan Thurston called for some ticker and they got it in spades last time out against Newcastle. This battle will again be won in the mind this Saturday – can the Cowboys' smaller men stand up to the Bulldogs' onslaught and capitalise on their speed, or will efforts like Sam Kasiano's last Saturday grind the home side into submission and render their speed useless? The Cowboys will match the Bulldogs up the middle for most of the contest and expose the visitors in the last 20. Cowboys by 10. 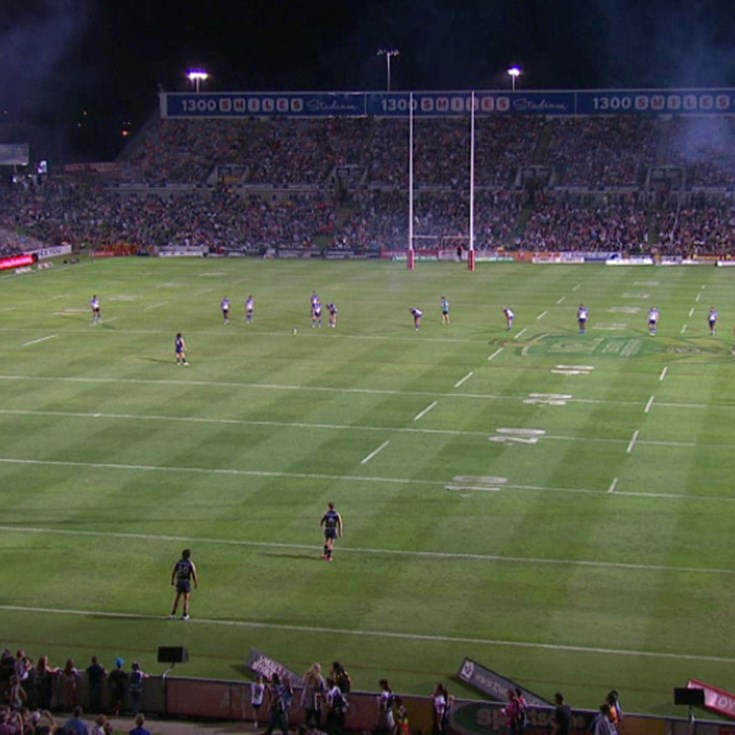