Behind every great man is a great woman, or so the saying goes.

While Parramatta prop Danny Wicks scoffed at the idea of being something close to a 'great man', he had nothing but glowing words for his mother Sandra and his fiancé Leona who have helped him on his road to redemption in the NRL this season.

Wicks, who spent five years out of the game after serving 18 months in Glen Innes Correctional Centre for drug trafficking, has returned to rugby league a mere shadow of his previous self.

Having stripped nearly 25kg from his big frame, Wicks has returned to the NRL in better shape than he was in his first stint in the game and ahead of Women in League Round the 29-year-old praised the two most important women in his life.

"I wouldn't call myself a great man but I'd definitely call them great women for sure – tolerant, very tolerant women. They have thick skins there is no doubt about that," Wicks told NRL.com.

"I think I said to my mum the other day for Mother's Day that 'you're a diamond in the rough, Mum'. You know what I mean? She's beautiful and so is Leona."

"Without them two, what can I say? You learn a lot from your mum. I have anyway in terms of how to bounce back and things like that.

"I've made some stupid decisions in my life but I guarantee it had nothing to do with my mother. What made me come back was the strength and love from Mum."

Like many mothers of those plying their trade in the NRL, Sandra Wicks has played a huge part in her son's rugby league career.

Growing up in Grafton, Wicks had to travel far and wide to play every away game with his mum in the driver's seat.

Wicks said there could never be enough done to truly reflect the massive role women play in rugby league, though was happy to represent the women in his life this weekend.

"There's not enough we can do for them, mate. I would've loved to have seen the fuel bill back when I was a kid because we were at the bottom of the group [geographically] back then," Wicks said.

"There was two-and-a-half hours travel north to the top of the group and when you made the rep teams you'd have to go as far as the Gold Coast which is three hours. If you throw in my brother too, because my brother was a good player as well, we'd be going west out past Tamworth.

"Week-in, week-out Mum and Dad would be in the car, Mum being the driver and Dad being the co-pilot so without women mate, the game wouldn't be what it is."

After being promoted by Brad Arthur to the role of a starting prop – a role he only played nine times before his career was thrown in limbo back in 2011 – Wicks said it was a reflection of the "strange" year he has had.

"Everything is a bit new to me. I suppose I see myself as an impact player in the 16 or 17 jersey but starting is just another element of a strange year I suppose you'd say," Wicks said.

"I'm comfortable starting. I don't care where Brad wants me, I'd play on the wing or in the centres, which would be lovely, but honestly whereever the team needs me I'll be there."

The Eels big man's new outlook on life is clearly shining through.

"Every day is a great day. I have a beautiful family and I'm fortunate enough to be given a second chance," Wicks said.

"I won't be spoiling it in any way, shape or form. I want to show everyone, my family in general and all my friends, what happens when you show faith in me." 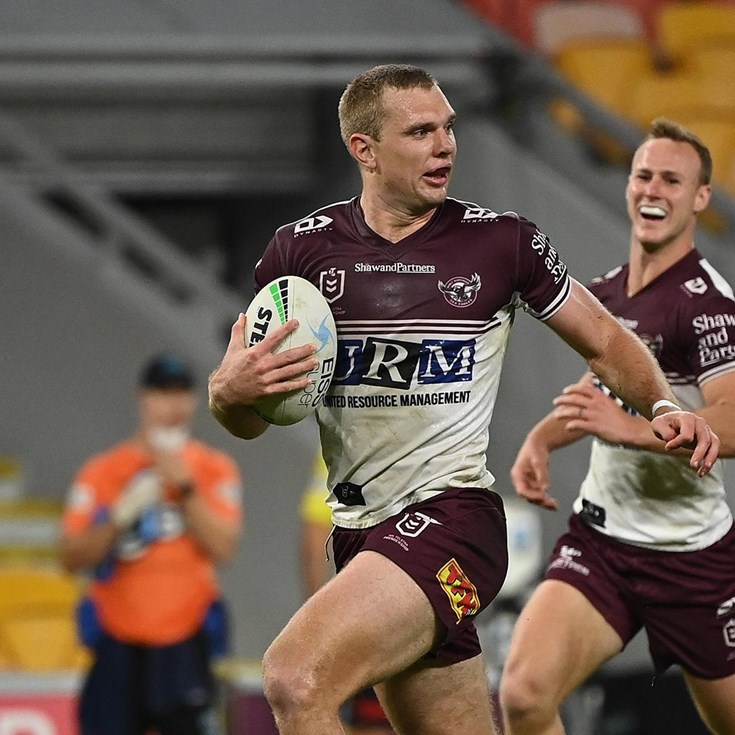