They may have lost four of their past five games but the NRL Telstra Premiership reigning champions are keeping a cool head.

South Sydney slumped to 12 consecutive games in Melbourne without a win on Saturday night as the Storm returned to the top of the NRL ladder with a 16-12 victory at AAMI Park.

The Rabbitohs managed to keep the home side scoreless in the second half as they tried to peg back a 14-point halftime deficit.

If not for Alex Johnston placing his right foot on the touch line with minutes to play, that turnaround may well have been complete.

Perhaps that fine line was why coach Michael Maguire cut a rather optimistic figure in his post-match press conference.

"We are going to learn a lot from that game," Maguire said.

"The back end of that first half we had a lot of opportunities and we are going to have to have a look at that and make sure we that take those opportunities in a game.

"I know Luke Keary will learn a lot, we all will, myself, John Sutton, right across the team. We are definitely heading in the right direction as a team it is just about how we work on that each week.

"We turned the corner on Monday night and we showed that again in the second half about how we defend."

Rabbitohs skipper Greg Inglis was equally full of praise for his troops while lamenting the eight penalties and nine errors his side committed.

"I am enourmously and extremely proud of the boys, the way they dug in against a high quality side," Inglis said.

"It was discipline that just burnt us in the end. I can't speak highly enough of our boys, two weeks in a row our second half has been spot on but to be honest it is an 80-minute game."

Souths currently sit in seventh place and are a chance to slip outside the top eight by the end of the round.

If the Rabbitohs are to turn things around next week they must do it without their skipper who jets off to join his Maroons teammates on the Gold Coast this week.

They will face another tough clash when they take on the Eels next Friday night at ANZ Stadium. 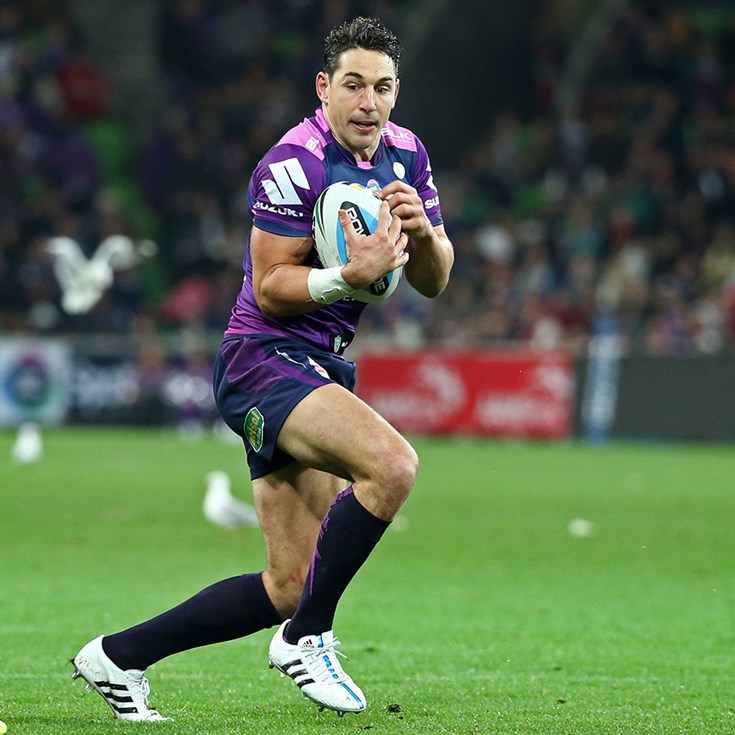