One day out from when New South Wales Origin coach Laurie Daley names his team for Game One of the 2015 State of Origin series, veteran Eels back-rower Anthony Watmough has conceded his Origin career is "probably" over despite playing part in the Blues' drought-breaking series victory last year.

A veteran of 14 Origins, Watmough – who made a highly-publicised move to Parramatta this season from the Sea Eagles – played in the first two games last year before suspension rubbed him out of Game Three.

Overlooked for both the Kangaroos and City Origin three weeks ago, Watmough said there's nothing he can do about Daley moving in another direction, as the likes of young back-rowers Boyd Cordner, Josh Jackson, Tyson Frizell and Tariq Sims continue to push their claims.

"I've had a good run. If [Daley] goes in another direction then so be it," Watmough said on Monday.

"There's nothing I can do about it. If they go in that direction, good luck to the people they select.

Adding he hasn't heard a word from Daley, Watmough said he wasn't disappointed about missing out, before outlining his priorities moving forward.

"If it's my time to hand over the jersey, it's my time. I've had a good run and if it's meant to be, it will be. They're probably looking in another direction and I'm fine with that," Watmough said.

"Obviously Parra has thrown a lot of trust in me [this year]. It's what I've got to concentrate on now I suppose."

Draw Widget - Round 11 - Rabbitohs vs Eels

With that being said, the Eels will now look to make amends for their golden point loss to the Warriors on Saturday – their third loss on the trot – when they face the Rabbitohs this Friday night.

Having defeated the reigning premiers in Round 4, and with Souths set to miss Greg Inglis and perhaps Chris McQueen with Origin beckoning, Watmough said it was a matter of the "little things" which are costing the Eels who have kicked off the season with a 3-7 record.

"We just haven't had that little bit of polish to finish it off. We know we should've won and won comfortably on the weekend with the amount of tries we bombed."

Coming across from the successful Sea Eagles system, Watmough, 31, said his side must continue chipping away at building a successful culture, drawing from the leaner years at Manly once they broke away from the failed Northern Eagles franchise at the end of 2002.

"We weren't winning at Manly when I was first there. We were coming second-last and third-last. We just built that bond," Watmough said.

"We're a young team out here and they have been mates for a long time. They've played a lot of junior footy together and that's what we had at Manly. That's what they're going to have here over the next few years.

"I think people forget that this team, the average age besides myself is in the early 20s. We're building to that. It's not going to be easy. We've proved we can win games, but we've just got to learn to win the ones that are on a platter for us." 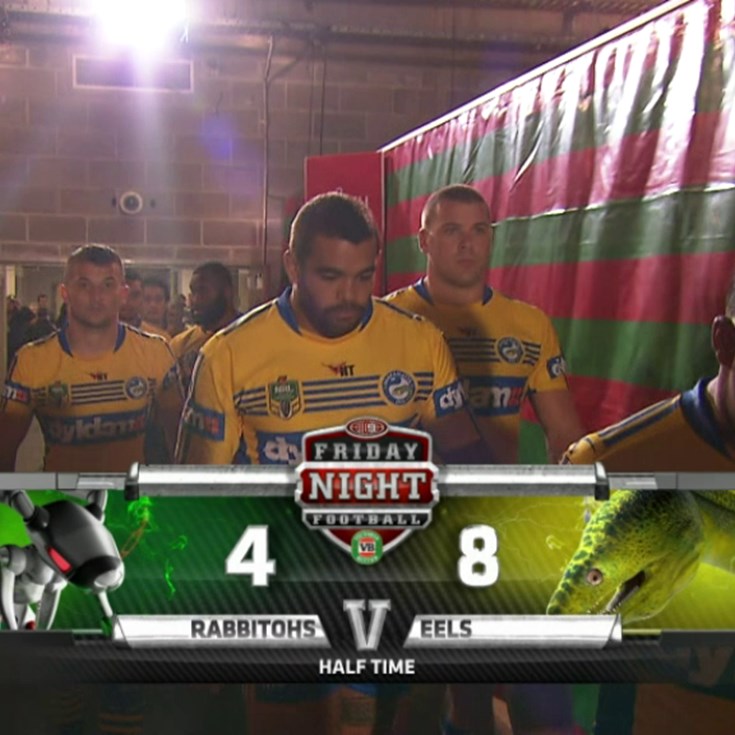