When they stand with their teammates as the national anthem is played next Wednesday night at ANZ Stadium, Jacob Lillyman and David Klemmer will sport the same numbered jersey but fill it out in very different ways.

Lillyman's No.17 jersey will be worn by a 182-centimetre, 105-kilogram front-rower in his prime, while on the opposite side of the field, Klemmer's maiden Blues jersey will fall over a frame that is 200cm tall and weighs 120kg.

Following the departure of Dane Tilse from the Raiders to UK Super League Klemmer is the only current player in the NRL to reach the lofty two-metre mark and when he takes to the field midway through the first half will be out to cause the Maroons' middle men all sorts of problems.

Playing in his ninth Origin match for Queensland next week, Lillyman's lack of self preservation is a highly admired quality amongst his teammates and the man himself knows that fearless approach will be needed to quell Klemmer's influence.

"I've played him a couple of times. He's a big unit and he comes straight at you, he's straight up the middle there," Lillyman said. "He's in great form and doing a great job for the Bulldogs and he'll be looking to bring that into this game.

"I guess he is right up there [in terms of biggest players in the NRL]. There are some big boppers getting around the NRL and he's certainly one of them and he certainly doesn't hold anything back.

"He hasn't got too much of a sidestep or anything, he's pretty physical and been rewarded for his great form this year so he's certainly going to be a handful.

"He'll be over the moon, he'll be excited, he'll be nervous all of that and he'll want to come on and make an impact. He'll come on a hundred miles an hour and certainly going to be a real handful."

The Blues' prop forward rotation of Aaron Woods, James Tamou, Andrew Fifita and Klemmer are each taller and heavier than any player in the Queensland camp, making coach Laurie Daley's intentions abundantly clear.

Although physically inferior, Queensland five-eighth Johnathan Thurston has every faith that the men wearing Maroon will more than hold their own in the face of a heavy onslaught.

"Our middle third has got a job to do. They've picked a side that wants to kick our front door in so we need to make sure that they don't," said Thurston.

"I've got the full confidence in our forward pack doing a job there and matching them in the middle third.

"They've gone for some hard-working back-rowers and the size of their bench so it's no secret where they're going to try and kick our front door in. I've got the full confidence in our middle third; they've done it for a number of years."

Having debuted for the Cowboys back in 2003, Lillyman has built a career out of crashing into opposition defenders often much bigger than him and says it will take a healthy dose of brains as well as brawn to win the all-important series opener.

"You look at the [Queensland] players and especially the backline, we'd be pretty stupid if we just wanted to charge it up the guts all night," said the 31-year-old Warrior.

"We've got to give those guys an opportunity and we'll certainly be using the ball a bit and target different areas. That's the type of footy best suited to this team and that's the way we'll go about it.

"From a Queensland point of view, if we can do a reasonable job at getting some momentum through the middle of the field guys like 'JT', 'Coops' (Cooper Cronk), Bill (Slater) and Greg [Inglis], you only have to give them a sniff and they'll do the rest." 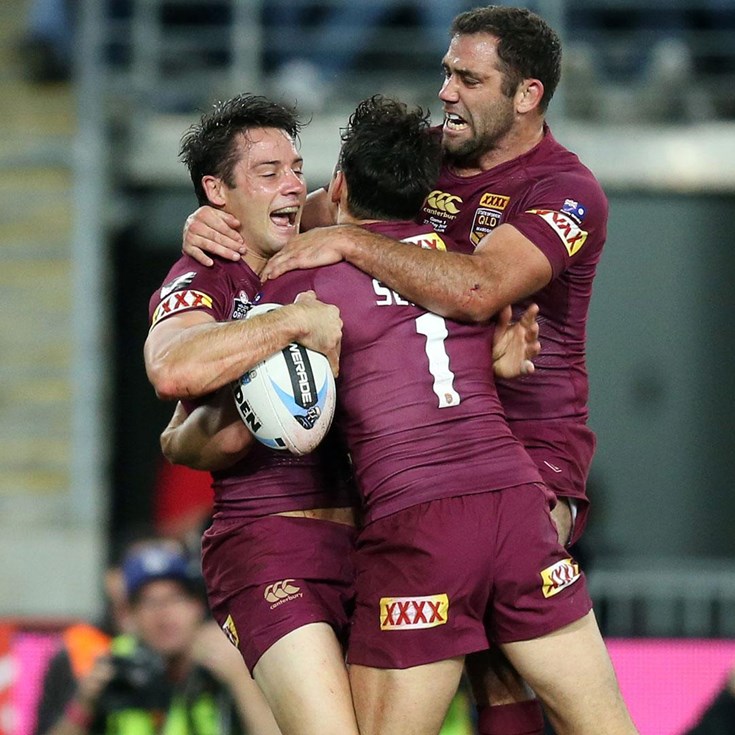 Relive the final moments of Origin I, 2015

Pearce up to challenge in Origin return

Inglis at Boyd's side during darkest hours

Cherry-Evans out, Morgan in for Qld