In a low-scoring arm wrestle where the Cowboys prevailed 8-0 over Wests Tigers, Lachlan Coote's performance and a new Cowboys club record proved there are still positives to come from even the dourest of NRL Telstra Premiership games.

Welcome to State of Origin season

Wests Tigers were missing captain Robbie Farah and Aaron Woods (as well as the injured Keith Galloway) while North Queensland were missing Michael Morgan, Johnathan Thurston as well as props James Tamou and Matt Scott in a sure-tell sign that we have welcomed back the State of Origin season this weekend.

While their presence probably wouldn't have saved the fixture from being any better, the end result shows that State of Origin can bring out some different performances in the heart of the season.

With debate raging once again about introducing stand-alone State of Origin weekends, and the Tigers v Cowboys clash bringing forth a solid argument, Cowboys coach Paul Green wasn't worried about the matter.

"When you take your best players out of teams, you've got to expect that. For us also, we lost Rob Lui last week as well so that really tested our depth. Rory Kostjasyn played five-eighth so it was never going to be an expansive game we were going to play," Green said post-game.

"But we won it on the back of our defence. It was a really spirited performance from us and we showed a lot of character."

The Tigers made it their mission to bomb Cowboys fullback Coote at every opportunity, with halfback Luke Brooks going out of his way to do so, but time-and-time again the custodian stood tall.

In his eighth season in the NRL, Coote took over as much of the kicking and playmaking as he possibly could while also balancing his positional play at the back with brilliant results.

Far and away the best player on the paddock, Green was beyond happy with the 25-year-old's game that produced 27 carries for 266 metres.

"Cootey was outstanding tonight, particularly under those high balls and the kick returns, he was also there when he needed to be on some of their last plays," Coote said.

"They had a few grubber kicks he was there to clean those up as well. He had a big night and I'm really happy for him."

Take nothing away from the recently-appointed New South Wales captain, but considering the rest of Wests Tigers' spine was very much intact and they still couldn't score, it would've taken more than Farah to turn their game around.

While Mitch Moses, James Tedesco and Luke Brooks showed flashes of brilliance throughout, the fact of the matter is they still couldn't come up with anything substantial.

Perhaps a harsh assessment considering Kevin Naiqama bombed a certain try, but it's another lesson on the realities of the NRL for the young Tigers trio moving forward.

Beating a record set eight seasons ago, the Cowboys achieved a new club record of eight consecutive games against the Tigers.

In a streak where they have accounted for the Storm, Panthers, Warriors, Rabbitohs, Knights, Bulldogs and Broncos, the Cowboys had to equal the record without their Origin stars but proved their doubters wrong.

"We were confident that we'd play well as a team, we had expectations that everyone that come into the team just had to do their job and I thought they did that tonight. It wasn't pretty, it wasn't expansive but we turned up for each other," Green said.

"[The record is] nice, but I don't look into that too much. It's cliché, but for us it's a week at a time. If you start looking too far down the track or getting too caught up in that stuff, you forget what you need to do to prepare for next week.

"It's good, don't get me wrong. I'm happy for them, but it's not something we talk about, it's not a goal for us."

In what was supposed to be a special night for Wests Tigers, as they celebrated 10 years since their 2005 premiership win over the Cowboys, the decade-old team reunited in celebration of their huge feat with a lap of honour.

While key figures such as Scott Prince and Benji Marshall weren't there, and others such as Dene Halatau and Pat Richards had to skip it because they're obviously still running around, the odd sight of Todd Payten joining in wasn't lost on many.

Brandishing a Cowboys business shirt, as North Queensland's now Under 20s coach, Payten was allowed an opportunity to reflect on a hamstring injury which threatened his very spot in the grand final.

"I was probably fortunate that I was a front-rower and not an outside back, so I don’t have to rely on blistering speed. It was really exhausting and the week probably should have been more enjoyable," Payten told NRL.com.

"When I look back on it, the week was a blur because I was so self-absorbed trying to get myself right and fighting an inner struggle of not letting the guys down. No one knew, not even my mum. I didn't really want to stress her out." 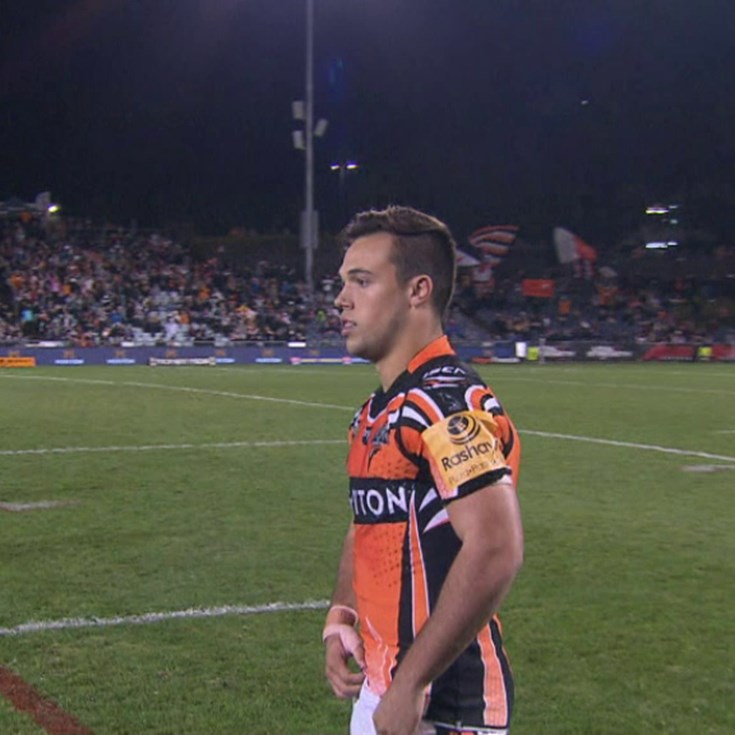 Coote steps up as Cowboys leader

Tigers "not as bad as it looks": Taylor

Taumalolo to return against Tigers