Another Origin period is up on us and once again we enter troubled waters for the Melbourne Storm.

Although perhaps this time around, those waters are less troubled.

In years gone by the rugby league world has seen the State of Origin period as a write-off for Melbourne, a team that has been strongly represented at the game's showpiece event throughout the 'Big Three' era.

You have to go back four years for the last time the Victorian side had a winning record during this part of their schedule, with star playmakers Cameron Smith, Cooper Cronk and Billy Slater splitting their team between club duty and the Maroons.

This year the schedule an equaling tricky prospect with four road trips in six games against tough opposition in the Roosters, Panthers, Bulldogs and Warriors.

However this Storm squad has a touch of difference about it. They now have significant depth in the form of hungry young talent.

Cameron Munster proved his prodigious promise as a fullback of the future with three eye-catching performances this season while Billy Slater was sidelined with injury.

He has since been sent back to reserve grade to join fellow young guns Ben Hampton and Young Tonumaipea, who have sat patiently in the wings waiting for a call-up.

They will almost certainly get that call in Round 14 against the Eels, two days before Origin II.

Melbourne currently sits atop the NRL ladder with a 7-3 record.

The 'Big Three' remain a big reason for that – along with arguably the game's best prop in Jesse Bromwich – yet it is the emergence of this second tier that has seen the Storm go to the next level in 2015.

Jordan McLean, before he injured his hamstring, had been a strong improver in the Melbourne forward pack.

The mid-season recruitment of Marika Koroibete last year has paid off in a big way with the scintillating winger now ranked third in the competition for total metres and having scored seven tries from 10 games this season.

Fellow 22-year-old Kurt Mann has also risen to become an established member of the starting side.

Mann played eight games in 2014, scoring six tries and has played every game this year alongside Koroibete on the Storm's right edge.

He now enters this Origin period with an extra year's first-grade experience under his belt and is fully aware of the challenge that awaits him and his young teammates.

"I quite liked playing through the Origin period last year. I played a bit of fullback during then and it gave us young blokes the chance to step up and take control," Mann told NRL.com.

"We didn't do that well in the first few games but we got a win against the Titans during Origin period and that was a big thing for us young blokes, knowing that we could without our Origin boys.

"As long as I do my part, we will still have a lot of good players playing. We'll still have the Kiwi internationals who will really step up and take control during Origin period."

One of those Kiwis is prop Jesse Bromwich who told NRL.com previously how crucial the young brigade will be to Melbourne's chances during the middle part of the season.

"This year all young fellas are a year older and a year in rugby league is quite a lot," Bromwich said.

"Guys like Jordan McLean, Kurt Mann and all those boys are really stepping up this year and are even having a bit more to say in meetings which is always good for the team.

"We've got good depth, I think you saw that with Cameron Munster covering for Billy a few weeks ago. I think depth-wise we are in a good place at the moment and hopefully they can keep giving the coaches a [selection] headache." 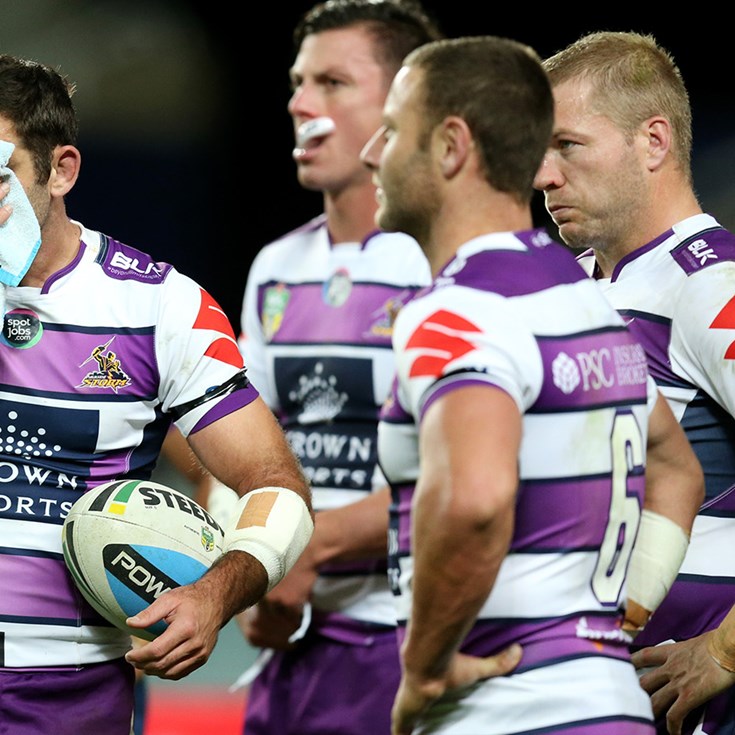