Leaking points late in halves has become an unwanted theme of the Warriors' Telstra Premiership campaign in 2015, and on Saturday night it ultimately cost them victory.

Tries conceded in the final minute of each half at Mt Smart Stadium were crucial blows for the Warriors in their 25-21 loss to the Roosters.

Those late lapses meant that a possible 14-0 lead at the break was just 14-6, and that at full-time instead of forcing golden point the Kiwi side surrendered victory moments before the siren.

It was the eighth game this year where Andrew McFadden's men have leaked a try in the final five minutes of a half, and was the fifth time they have gone on to lose the match when doing so.

Veteran winger Manu Vatuvei said it all comes down to his side not showing enough concentration in the dying stages.

"We were riding high and then the Roosters scored at the end of the first half when we could have held them out," said Vatuvei, who became the first player in history to score 10 tries in 10 consecutive seasons following his effort in the 35th minute.

"That's just how the game is, you can't go to sleep, even in the last minute. You have got to play the whole 80 and grind it to the end.

"Little mistakes they capitalised on and that's just how it is… that's what they did and they deserved the win."

While the final play of the game - which saw Blake Ferguson cross for the match winner - could be put down to the brilliance of the Roosters and a tiring Warriors' line, Shaun Kenny-Dowall's try on half-time was a direct result of Warriors' errors.

With a 14-point lead and having made 62 less tackles than their opponents the Warriors failed to close the half out, as Solomone Kata coughed up possession with a knock-on, before Tuimoala Lolohea failed to defuse an innocuous grubber which Kenny-Dowall eventually fell on.

"I am sure it lifted their spirits, but that happens in a game," coach McFadden said of conceding on the break.

"We knew that at half-time, even if they didn't score I knew they were going to come back.

"It comes down to the smallest things doesn't it?

"There was a lot to like about the way we played. Unfortunately we just couldn't get it over the line.

"It was just purely moments in the game where we gave opportunities to the opposition and they took them."

Meanwhile the Warriors weren't putting any blame on fill-in fullback Jonathan Wright, after he dropped a missed field goal attempt in the 78th minute and gifted the Roosters with the match-winning set.

"I thought Jonathan was just going to let it go and it be seven tackles for us," said rookie Ken Maumalo.

"But he wasn't aware of that and tapped it forward. The boys were really gutted but props to Jono, he didn't train with us all week because he was 18th man.

"It's tough on him and it was pretty disappointing in the end there… we let ourselves down in the last 20 minutes." 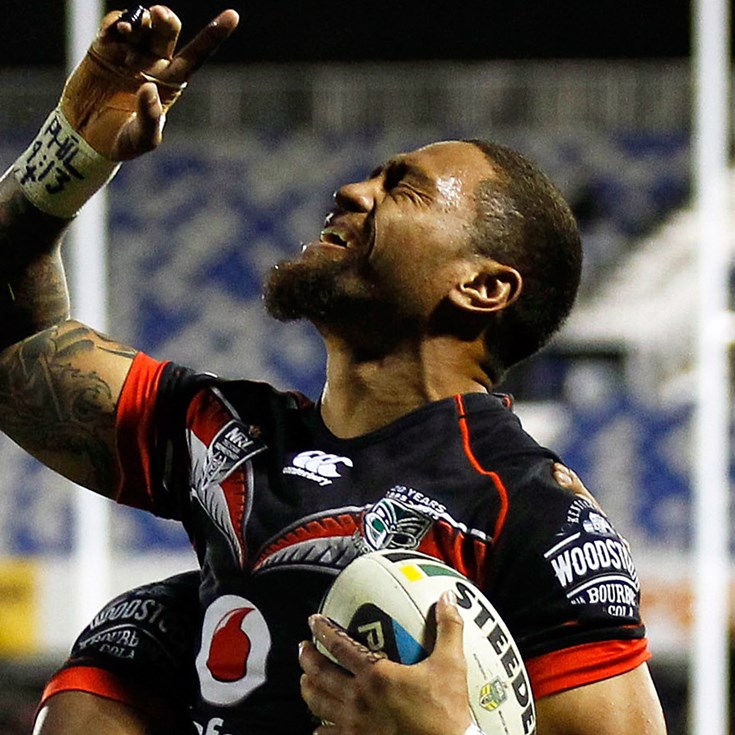