In a game where his team defended stoutly in having to make 112 more tackles than their opponents and earning just 44 per cent possession across 80 minutes, Dragons halfback Benji Marshall says it was his own kicking game that let the side down.

Marshall has combined brilliantly with English Test pivot Gareth Widdop in 2015, helping ensconce the side in the top four and surprising plenty, but it didn't stop the in-form playmaker from coming down hard on himself after his side's 19-14 loss to the Roosters on Monday night.

Draw Widget - Round 15 - Dragons vs Roosters

"The first half my kicking game probably let us down and I think we made 80 extra tackles than them in the first half," Marshall said after the game.

Marshall said it was a disappointing effort, particularly with the Dragons having put themselves back in a position to win the game at the end having absorbed a mountain of defence in the first half.

"We've always showed character. There comes a point you need some execution along with that," he said.

"Unfortunately tonight that was my responsibility. My job's obviously the kicking game and I just didn't do good enough with that."

Marshall handled the bulk of attacking kicks while Widdop took more of the clearing kicks, although Marshall did create the long range try that got his side back into the contest late when his cut-out pass to Dylan Farrell kicked things off and his support play and draw and pass to Widdop helped ensure the play finished with six points.

"The thing with us is, the more opportunities we give ourselves down with attacking football the better we are but tonight we just didn't do that enough," Marshall said.

"When we did, we were too tired from making too many tackles off the back of our poor kicking game in the first half.

"For me and the team it's just about moving on. Get over it, don't dwell on it. I don't think tonight defines our season. Tonight hasn't been a reflection of how we played and we know how much better we can be."

Marshall agreed with his coach's assessment that the Origin/bye period has stunted the momentum they had going but he refused to use that as an excuse.

"It's not an excuse but it probably has stopped a bit of momentum but we still had a chance to win that game," he said.

"I dare say if the kicking was a bit better in the first half and we had a bit more field position it probably would have gone a long way toward us winning." 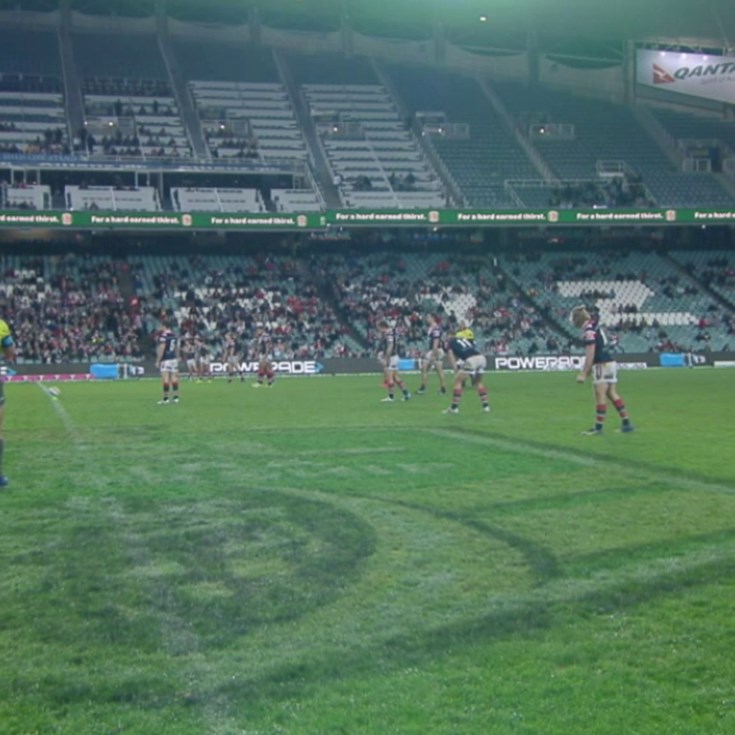