It has been 17 years since the Bulldogs played at Belmore, coincidentally against the Storm - this week's opponents - in an 8-4 win back in 1998.

While they aren't out for revenge, veteran Bulldogs prop Aiden Tolman says the entire club is beyond excited to play at their "spiritual home".

The Bulldogs have played trials at the venue in the past, with the precinct doubling as their training base, but the Bankstown train line will feel very nostalgic on Monday night with a big crowd expected.

"Hopefully Bulldogs diehards and supporters can come out and support us back at Belmore. I'm pumped, all the boys are really excited," Tolman told NRL.com.

"We realise it's just another game of footy and more importantly we want to get the win but it is that extra bit special to be back at the spiritual home of the Bulldogs.

"It's a massive game for us coming up against one of the top teams of the year and what better way to be back at Belmore than that. We have had some really big turnouts for [trial] games but hopefully we can sell it out."

Captaining the Bulldogs against the club he debuted for back in 2008, Tolman was under no illusion the Storm remained one of their biggest challenges of the year so far.

Maintaining a 50 per cent winning record over the State of Origin period, Tolman said there are no excuses for his team with their second bye of the season signalling an end to their New South Wales stars' representative schedules.

Draw Widget - Round 16 - Bulldogs vs Storm

With Melbourne looking to combat their two-game losing streak, after going down to the ladder-leading Broncos despite forcing 11 dropouts, Tolman said the Bulldogs will need to establish Brisbane-esque defence quick smart.

"That's why Brisbane is on top of the ladder. Their defence has been outstanding all year, Melbourne couldn't crack it and that's how it's going to be if we're a chance of winning this game," Tolman said.

"They have attacking strike power all across the field, no matter who's out there, they have young guys like [Cameron] Munster who's going really well and Ben Hampton's come in and he's quick, while the senior guys have still been able to steer the ship.

"The competition nowadays is so close, we're just in the top eight and there's only two points between seventh and 12 so it's very tight this year and we're only a couple of wins off the top four.

'Top four is definitely a goal of ours. From now on we don't miss any of our Origin players so there are no excuses from here on in." 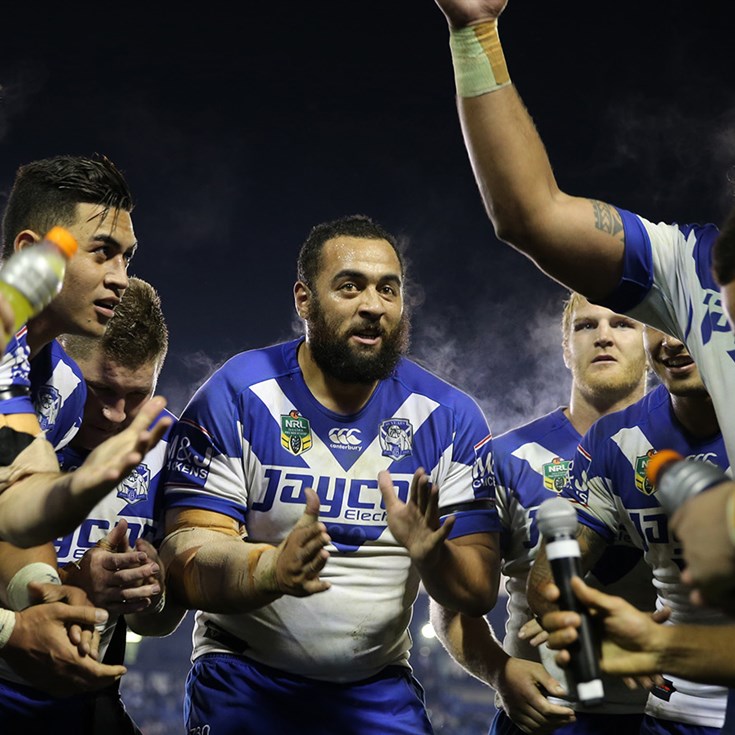