After Wests Tigers conceded at least five tries directly as a result of a makeshift left-side defence, Chris Lawrence has stated that he would have been happy to cover Tim Simona in the centres.

"Yeah if the coach asked me to do that I would have [played in the centres]," the former Kangaroos centre told NRL.com.

"He just wanted to keep me in the forwards."

Asked what went wrong in defence for the Tigers, Lawrence accepted Simona was a big loss.

"Obviously with Timmy Simona going off we had to fill in and put some guys there who aren't used to playing there," he said.

"Obviously they exposed that and we didn't rectify it well enough to stop it."

Kyle Lovett, who was pushed out to the centres instead of Lawrence, struggled to keep up with Dean Whare throughout his time out wide.

But coach Jason Taylor insisted Lovett wasn't entirely to blame for the Tigers' lacklustre efforts without the ball on their left side.

"I don't want to go into the details of it but it wasn't just about Kyle being there," Taylor said.

"There was some breakdown in our system defensively."

Taylor also explained why he didn't want to immediately put the experienced Lawrence into the centres.

"I was really reluctant to move Chris Lawrence there because Chris has done so well since moving into the back row and we wanted to keep him comfortable in that position," he said.

Possibly the most disappointing part of the Tigers' day was their inability to give the 14,000 passionate fans that packed out Leichhardt Oval much to cheer about.

"It's very disappointing, we were trying to get a win for those fans that make it such a great atmosphere here," Lawrence said.

"It's always awesome here, especially on a Sunday afternoon, it's just sensational.

"I really hope something's sorted out and we can continue to play here because it is an iconic ground.

"It's one of our home grounds, one of our spiritual homes, so it's really important for us and I think the game to play at suburban grounds.

"The atmosphere today shows why." 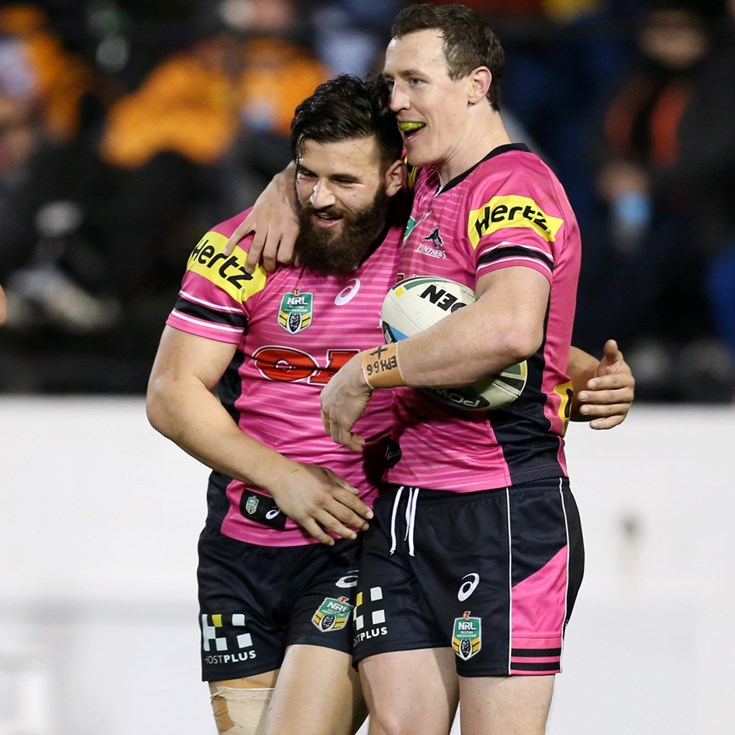 Farah to play through pain for Tigers mates