Experienced Rabbitohs back-rower Chris McQueen has embraced a leadership role at the club off the back of a mounting injury toll suffered in Redfern this season.

With Issac Luke, Glenn Stewart, Adam Reynolds and Greg Inglis spending plenty of time on the sidelines, 100-plus gamer McQueen has grabbed the bull by the horns in the Rabbitohs' pack with fellow back-rower John Sutton spending much of the season in the halves.

Bouncing back from their shock 34-6 loss to the Wests Tigers, McQueen played arguably his best game of the season in the Rabbitohs' 20-8 win over the Sea Eagles in a sure sign he is starting to enjoy his seniority role.

"Obviously we have had a lot of boys come in and out of the team this year with injury and I guess I've been one of the few who has been around week-in, week-out. I've embraced [the leadership role] and I enjoy that," McQueen told NRL.com.

"Obviously with my match fitness being up and playing longer minutes you sort of get involved a lot more.

"I definitely agree that [Sea Eagles game] was probably one of my better games this year so the key for me now is to make sure I continue playing like that all year."

McQueen credited young forwards Chris Grevsmuhl and Nathan Brown for filling in the holes in the Rabbitohs' pack in times of need.

"They have both been great for us. Grevsmuhl was with us last year and put in the hard yards all 2014 and early on this season to get his start," McQueen said.

"Nathan Brown is a pocket rocket too, he's built low to the ground but he runs hard and tackles hard, so they've both been good inspiration for all the boys."

Halfway through his rookie year, Grevsmuhl provided a personal progress report of his season so far.

"I've been going alright. I've pretty much just been trying to get some consistency in my game. You want to play with the best you can," Grevsmuhl said.

"The body is holding up. We get looked after very well here and everyone is on the field training again so we're all looking to rip in." 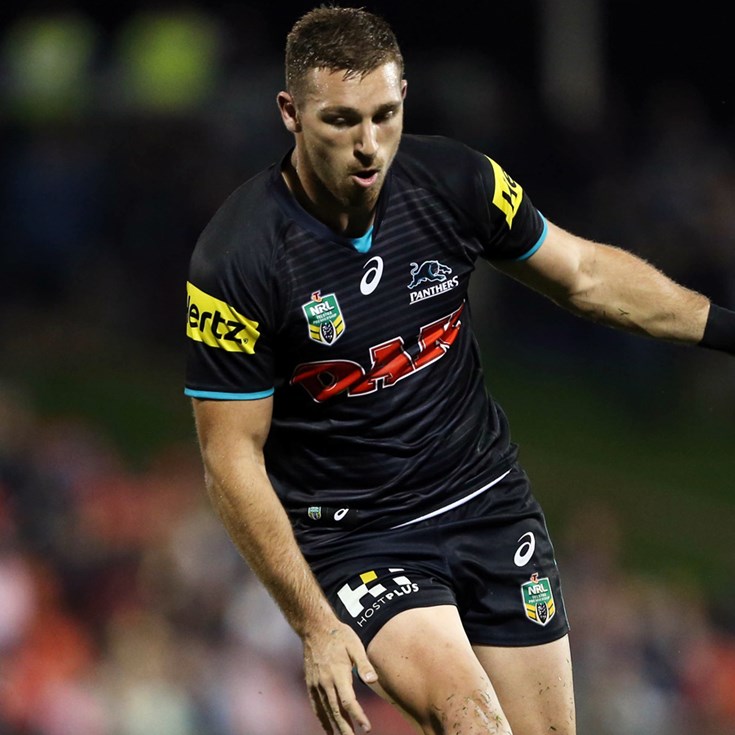 'Blue in waiting' on Panther alert