The Titans have bolstered their front row stocks for now and into the future with former Junior Warriors premiership winner Nathaniel Peteru having his first training session with the team on Monday.

Having let Mark Ioane leave the Gold Coast in order to take up an opportunity with the Dragons – where he scored a try on debut last Saturday – the Titans snapped up Peteru from the Warriors prior to the June 30 deadline.

Standing 189 centimetres and weighing 105 kilograms, Peteru was one of the most impressive performers for an inexperienced Warriors team who played the Titans in a trial game in Toowoomba in February and has signed to play for the Titans for the remainder of the 2015 season and 2016.

Like Agnatius Paasi, Peteru played under Titans assistant coach Rohan Smith whilst at the Warriors and coach Neil Henry said he should prove to be a valuable addition to the squad.

"We tried to get him across with Agnatius at the start of the year but he accepted a second-tier contract to stay at the Warriors," Henry said.

"He became available just before the deadline and we were able to get the paperwork done and sign him.

"We're excited. We see him as a young player of the future.

"Hopefully he can follow in Iggy's footsteps because he's playing some good footy at the moment."

Having lost captain Nate Myles to the Sea Eagles from next year, the Titans have already added former Origin and Test forward David Shillington to their roster for next season with prop Luke Douglas excited at what Peteru can bring.

"It's good to have him on board. Hopefully he can take his opportunity.

"He brings a lot of youth. He's a young front-rower on the up."

By the time the Titans take to the field next Monday night against Manly it will have been 15 days since their Round 16 loss to the Roosters on the Central Coast.

Ryan James, Kane Elgey, Beau Falloon and Ben Ridge are all a chance of returning from injury against the Sea Eagles as the 13th-placed Titans look to stay within reach of the top eight.

"We have to start going on a bit of a run," said Douglas.

"It's very congested and we've got a few things to fix up. Hopefully with troops coming back we can put in some good games."

Henry said it shapes as a danger game for his side against a Manly team also fighting to save their season and showing glimpses of the form that has made them arguably the most successful team of the past decade.

"They were pretty impressive against Cronulla," said Henry.

"That was the first time they've got a complete backline together for quite a while.

"They'll be buoyed by the fact they've had a couple of wins and they'll try and maintain some momentum but it's a very important game for us." 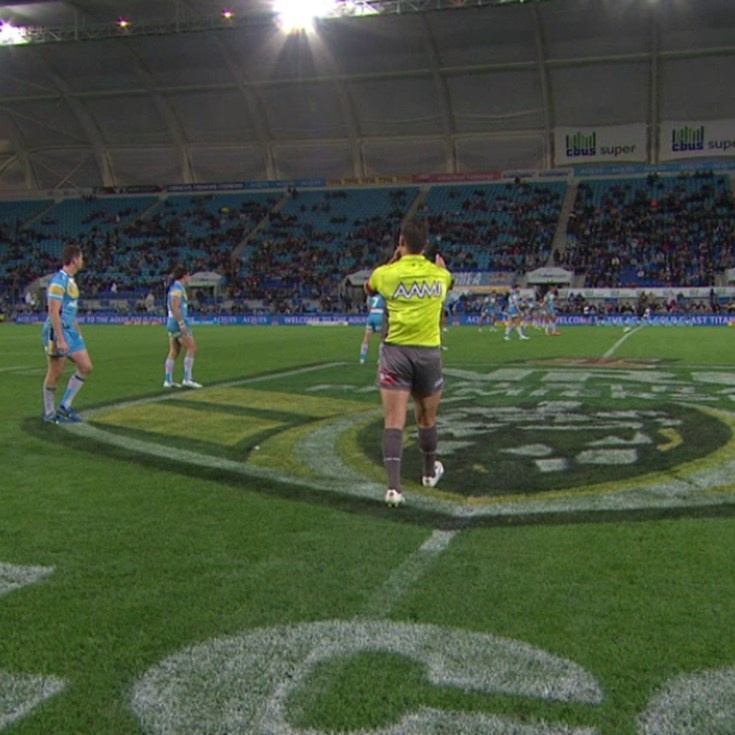