Two of the Telstra Premiership's best props will clash when Ben Matulino's Warriors take on Jesse Bromwich and the Storm this Sunday at Mt Smart Stadium.

Statistically the two Kiwi internationals stand out among their peers, with Bulldog Aiden Tolman the only front-rower anywhere near them in most of the key areas used to judge a prop.

Heading into Round 18 both Matulino and Bromwich sit inside the NRL's top four in terms of total runs, run metres and hit-ups, while Matulino leads the competition in offloads with an average of 2.6 per game.

When they met back in Round 5 at AAMI Park both ran for more metres than any other forward in their team.

And that is why rookie Warrior Albert Vete will be relishing every minute he gets on field with Bromwich this weekend, after missing the away trip to Melbourne.

"I definitely am [looking forward to playing him], I was pretty disappointed when I didn’t get to play in the game earlier," said 22-year-old Vete.

"I really do want to challenge myself against the best props and Jesse is obviously one of them.

"I am looking forward to hopefully banging heads with him.

Draw Widget - Round 18 - Warriors vs Storm

Fellow Warriors bopper Charlie Gubb said he was looking forward to witnessing the masterclass in prop play, labelling Matulino and Bromwich as the world leaders in their position.

"They are probably the two props who I see as most effective in the world," said Gubb, who will make his fourth appearance in the top grade this season.

"Jesse is definitely up there with Ben in terms of the best props in the competition.

"I would say he is first equal with Ben, they are both similar players with good feet and who are big, strong and do everything right."

Meanwhile Vete said the presence of Matulino at the Warriors had been key in his decision to accept a new deal with the club, which will keep him in Auckland until at least the end of the 2017 season.

"I am really happy and obviously my parents are really happy for me not to leave home," the Tongan international said.

"I did really want to stay and I am glad the club kept me on, I am just excited to keep learning and definitely looking forward to the next couple of years.

"Ben has been a big help to me and Sam [Lisone], he has taken us under his wing and shown us a few things to do on the field to help us when we do get tired.

"Him and Jacob [Lillyman] have been awesome role models."

Having already appeared in 12 games through his rookie season Vete says anything from now on is a bonus, after crushing his pre-season goal of one NRL appearance.

"It has gone a lot better [than I thought it would], I kind of set a goal at the start of the season to just play one NRL game, and to play as many as I have so far is just a dream come true," he said.

"Then I got a start against the Roosters, which was my next goal, then I wanted to play for Tonga and I did that too.

"Everything has just happened really quickly." 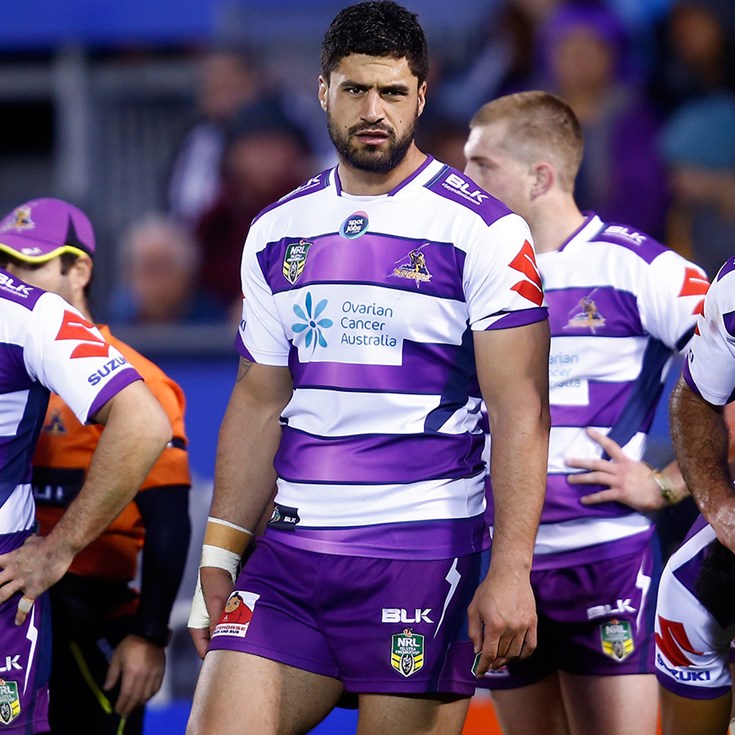