How they stand: After losing their first four games of the season, the Sharks have been able to bounce back in the best way possible with five wins in their past six games to now be holding a slender advantage over a host of teams sitting just outside of the top eight. Now tied with the Bulldogs, Warriors and Melbourne on competition points, if it weren't for their average point's differential the Sharks would be knocking on the door for a top four berth. As it is, they sit in eighth following a golden point win over the Raiders in Round 19.

Currently amidst a string of three away games, with trips to Belmore and Auckland to come, the Sharks will spend four of their last five games at Remondis Stadium. Apart from their trip across the ditch, the Sharks only have to travel to Bulldogs and Eels territory to see out the regular season. They will most likely need to win four of the next seven games to seal a finals spot considering their inferior for-and-against.

Get tickets for the NRL run home
Ladder Predictor: Who will make the Top 8?

Key clash: Round 22's clash with the Cowboys will be the true litmus test for Cronulla. They've recorded one of the very few victories over the Cowboys this year but that came when North Queensland were without star skipper Johnathan Thurston. A victory in this one would go a long way to convincing the naysayers that the Shire-based club is the real deal. Their clashes with the Bulldogs, Warriors and Melbourne over the next month will also be crucial in determining the make-up of the top eight.

Key player: Usually the likes of Paul Gallen, Wade Graham or Andrew Fifita would fill this space but considering his form over the past month, veteran hooker Michael Ennis is definitely the key for the Sharks. He made his return to the Origin arena two weeks ago and in club land Ennis has produced six try assists in his past three games. It's no coincidence Ennis's good form has coincided with Cronulla's.

Injury report: The Sharks have had a long time to come to terms with season-ending injuries to trio Fa'amanu Brown (knee), Kyle Stanley (knee) and Jacob Gagan (Achilles) so those losses won't affect their run home. The imminent returns  of utility Ben Barba (knee) and veteran back-rower Anthony Tupou (jaw) will only boost the club's fortunes in the final seven games of the year.

Get tickets for the NRL run home
Ladder Predictor: Who will make the Top 8? 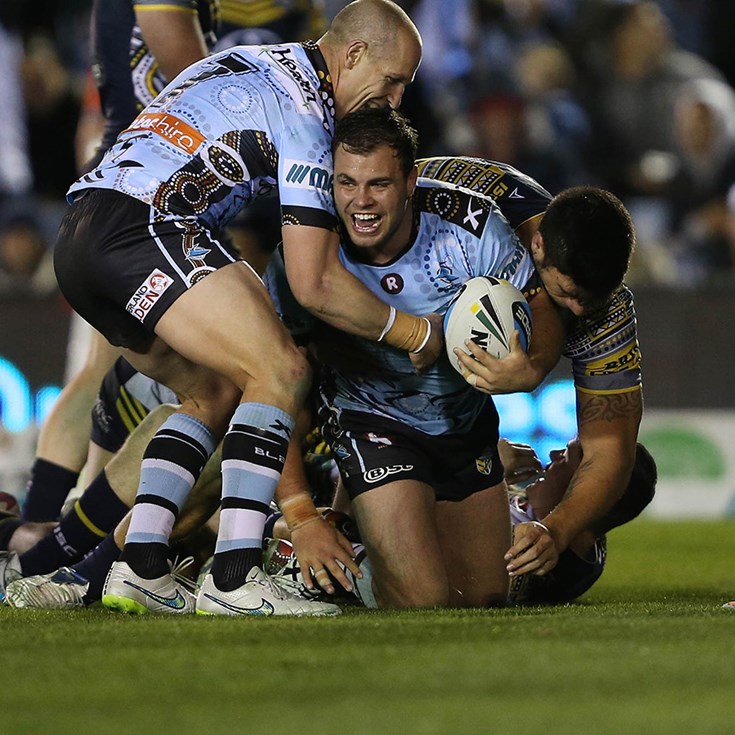