Matt Gillett believes an increase in minutes this season for Broncos teammate Jarrod Wallace has restored the prop's confidence after he hardly got a look in last year.

Wallace had the unenviable task of warming the bench for the entire 80 minutes on three occasions during 2014 and averaged only 24 minutes of playing time when finally called into action by former coach Anthony Griffin.

The 24-year-old's form has soared to new heights in 2015 and it comes as little surprise that Wayne Bennett has entrusted him to start in the absence of suspended prop Adam Blair against the Sea Eagles on Saturday night.

Wallace has been rewarded with only the fourth start of his 38-game career and the new-found faith shown in him has helped the Sawtell Panthers' junior come out of the shadows this season.

"I think it's a confidence thing for Jarrod. Obviously he spent a lot of time on the bench last year and didn’t play too many minutes but this year we're getting a lot more out of him," Gillett told NRL.com.

Wallace only made 14 appearances despite being named on Griffin's team sheet for 17 occasions last season, averaging a miserly 44 metres and 12 tackles per game.

Two starts already in 2015 has seen the prop's minutes increase to 34 per match and as a result he is now averaging 82 metres and 20 tackles this season.

Off-season shoulder surgery saw Wallace make his first appearance of the season against the Sharks in Round 2, but he didn’t take long to hit his straps after churning out more metres than Cowboys and Test prop Matt Scott the following weekend.

Wallace scored his maiden NRL try against the Warriors in Round 4 and has crossed twice in the past fortnight against the Wests Tigers and Titans.

"Jarrod's been doing a great job for us here; he trains really well and it's starting to show out there on the field," Gillett said.

"Once Jarrod gets up and going he's a big lad and he's been doing those little things right for us. He's been scoring tries too and doing those swan dives – he's just really enjoying his footy at the moment.

"He's been going well for us off the bench and he has started a few times this year when we have had a few injuries. Hopefully he can start the game well on Saturday night which is what we need him to do."

The efforts of Wallace haven’t gone unnoticed around the rest of Brisbane's squad with halfback Ben Hunt also noticing an improvement in the former Titans under-20s player.

"The last three or four weeks [Jarrod] has been in great form and playing some great footy," Hunt said.

"He's getting into the habit of scoring a couple of tries [and] the big fella is excited about that so he is going to have to be one of the ones that lifts for us and I believe he will.

"Losing [Blair] is going to be a bit of a challenge for those younger blokes coming in and I think it's a little bit exciting for them as well. They can get in and get another opportunity to show what they can do." 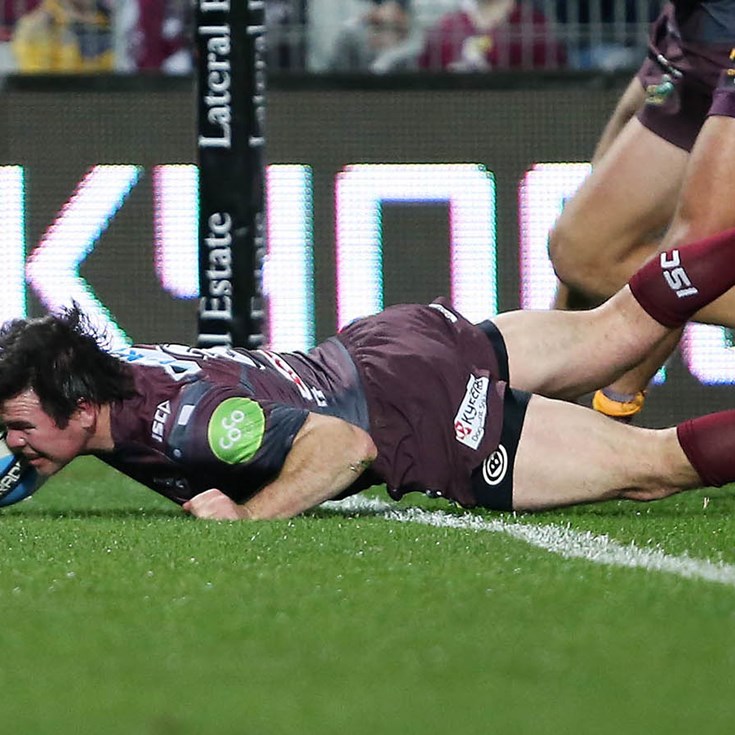