North Queenslanders, beware. The Green Machine await this weekend and they won't be taking any prisoners in their quest to make the top eight.

Canberra is the second best attacking team in the competition and North Queensland would be well-advised to not poke the beast this week.

The Raiders have regrouped since halfback Sam Williams went down with injury – piling on 34 points in a win at Pepper Stadium – while the Cowboys are fresh off their first real annihilation of the year, a 46-4 drubbing of the Eels.

With New Zealand's Shaun Johnson ruled out for the year after breaking his ankle, Canberra – holding a +16 points differential compared with the Auckland-based side's -17 – have a genuine chance to knock them out of the eight.

The Cowboys are unchanged from last week's thumping of Parramatta, while Canberra's two-try hero last week, Paul Vaughan moves back into the starting line-up in place of Frank-Paul Nuuausala, in an otherwise unchanged side.

Draw Widget - Round 21 - Cowboys vs Raiders

Watch Out Cowboys: He was one of the stars of the show last week and is arguably Canberra's most important player. Josh Hodgson will be out to show up counterpart Jake Granville after the Cowboys' wonderkid tore up Parramatta's middle in one of the single best performances by a No.9 this year. As the competition's form dummy-half, Granville will draw attention to the hooking spot every time North Queensland takes the field, which inherently brings the 25-year-old England international into the spotlight. He may not possess Granville's dash out of dummy-half but Hodgson is no stranger to backing himself, with an average of 50 run metres from 5.95 runs per game. He also muscles up in defence with 33 tackles per game and adds a kicking element with 2.3 kicks per appearance.

Watch Out Raiders: Rarely does Johnathan Thurston have two off games in a row. The 32-year-old has enjoyed arguably a career-best season so far, and with a third-time-lucky field goal after the siren, was the perpetrator of a daylight robbery last time these two matched up in Round 15. With 20 try assists and 19 line-break assists, Thurston has a sizeable gap on the rest of the league by six and five units in these categories.

Key Match-Up: Gavin Cooper v Paul Vaughan. Both men will channel Marvel superheroes 'Thor' and 'the Hulk' for a week. While Vaughan provides the muscle in Canberra's engine room, Cooper adds a touch of class on the left edge. Last week Cowboys fullback Lachlan Coote described Cooper's combination with Johnathan Thurston as one of the competition's most dangerous, and after one year with North Queensland in 2006, Cooper came back in 2011 and struck an instant partnership with the league's best player. After a promising 2014 in which he pushed for a starting gig, Vaughan now owns the keys to Canberra's middle third. Averaging 10.12 metres per carry this year, he is a genuine threat with the ball.

The History: Played 35; Raiders 20, Cowboys 15. Wins have alternated between the sides over the last four games, with the most recent ending in a third-time-lucky field goal from Thurston.

What Are The Odds: There’s twice as much money riding on the Cowboys in head to head betting with Sportsbet, however punters are predicting a closer game than you’d expect, with North Queensland 1-12 the most popular in margin betting. Latest odds at Sportsbet.com.au.

The Way We See It: We don't see the Cowboys letting up here if they get a sniff. In Monday's post-game press conference Paul Green spoke at length about playing to structures despite other opportunities presenting themselves, and we think they are starting to understand given how they picked apart the Eels in a 36-0 second half. Monday may just have been the start of a late-season ruthless streak. Cowboys by 20. 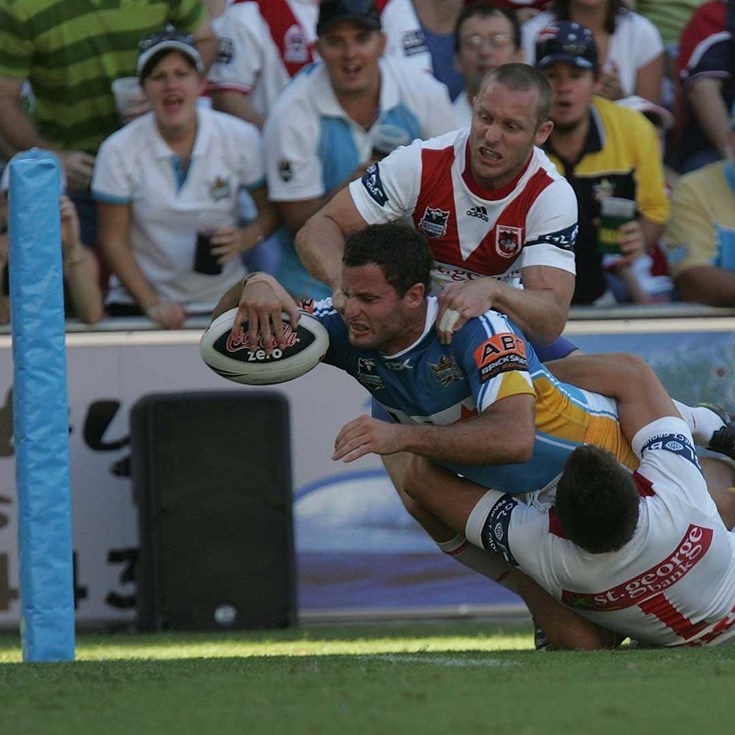