He has been handed the unenviable task of replacing Shaun Johnson in the No.7 jersey, but Tuimoala Lolohea's coach and teammates are certain he is up to the job.

With the Warriors heading into Saturday night's clash with the Sharks at Mount Smart Stadium off the back of consecutive defeats by 20 points or more, the timing is hardly ideal for a low-pressure introduction to life as an NRL half.

But Warriors coach Andrew McFadden said 20-year-old Lolohea would have no trouble dealing with the expectations placed on him this week, backing the Tongan international to thrive.

"He's managed the pressure so far so I expect him to handle it," McFadden said.

"It will be a little different for him, but we will keep it nice and simple for him so that he is very comfortable with the type of game he needs to play.

Despite having played just 20 Telstra Premiership games across two seasons, Lolohea was the most logical choice to replace Johnson in the halves, given his experience playing the position through his Holden Cup years.

With veteran Kiwi Thomas Leuluai's season over due to an ACL injury, the only other real contender for the spot was fullback Sam Tomkins, who played in the halves early in his career with Wigan and England.

"It was [a simple choice] in the end, Tui has been practicing in that position for a while and he has got a lot of experience in the lower grades there," McFadden said.

"We have earmarked him for a future half as well. He gets his chance now and I am sure he can handle it.

"He [Tomkins] will certainly take on a bit of responsibility in terms of managing the game, and obviously he will be involved in the kick game as he has been all year.

"He is a different type of fullback to most, and that's probably going to allow that transition of Tui to come in a little easier.

"Believe it or not there's not a lot of difference [in our game plan without Johnson] to be honest with you, we have practiced a lot without Shaun in our side throughout the year.

"Quite often Shaun pulls up tight with the type of athlete he is, so we always throw someone in and that's usually Tui."

In a Warriors attack which up until just a couple of weeks ago was ranked as the competition's best in terms of tries scored, Johnson had been the pivotal figure all year.

His 13 line breaks and 13 line-break assists, 11 try assists and 130 points are the most by any Warrior this year.

But halves partner Chad Townsend said no-one would be expecting Lolohea to emulate Johnson's feats, with the whole team needing to step up their work on attack.

"I am excited to play with Tui, he is the future of this club," Townsend said.

"I don't expect him to step up and be Shaun Johnson, because that's just not going to happen.

"I have got a bit more experience than Tui, I'll be the dominant half and make the calls and hopefully just let Tui feed off it." 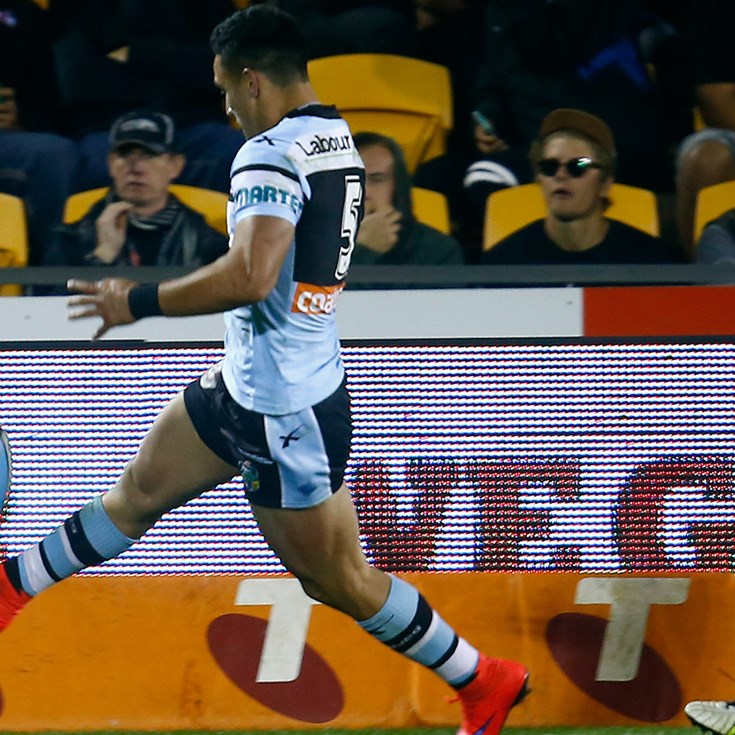 Tupou wanted to play on with smashed jaw