In the beginning they weren't so encouraging towards his goal kicking, but now with a little help from his teammates Corey Parker is poised to break Darren Lockyer's point-scoring record for the Brisbane Broncos.

Parker only requires eight more points to break Lockyer's record of 1191 points and should pass the milestone if his current teammates can improve their performance against the Bulldogs on Friday night after their 30-point capitulation against the Sea Eagles.

Not noted for his try-scoring ability with only 35 tries from 315 NRL games, Parker only needs to add four goals onto his current haul of 522 in order to reach the tally.

However, the Broncos' leading goal kicker had to overcome a perception that forwards couldn't kick during his early days at Red Hill.

"I've always been a goal kicker but when I first came to the club as a skinny front-rower with no hair there was a stereotype I wasn't a kicker," Parker said.

Persistence finally paid off for Parker in 2004 when he was handed the goal-kicking duties in the absence of injured duo Lockyer and Michael De Vere.

"We went through a period in 2004 when we lost 'Locky' and Mick De Vere and I still enjoyed kicking and practised through the week and got an opportunity and went from there," he said.

"Wayne handed me the opportunity and I was lucky enough to slot a few that day and got the role from then on."

Parker's four goals from seven attempts in that game proved the difference in Brisbane's clash against the Wests Tigers, with the Broncos scrapping home 24-20 after both sides scored four tries each.

After missing his only effort at goal during Saturday's 44-14 loss to the Sea Eagles, Parker has landed 73.21 per cent of his 713 attempts throughout his 15-season career.

"As a skinny front-rower with no hair there was a stereotype I wasn't a kicker." - Corey Parker

The 33-year-old has received plenty of useful, and not so useful, advice throughout his time in the NRL which began in Round 6, 2001.

One of the useful contributors was former Norths and Canterbury winger Daryl Halligan, who kicked 855 goals at 79.31 percent during his playing days.

Legendary New Zealand goalkicker Daryl Halligan helped Parker for a brief period in 2012 after the lock struggled for accuracy during a clash against Manly when he four missed attempts that ultimately cost the Broncos a shot at victory as they fell 24-22 despite scoring five tries to four.

"There are a lot of people who help you along the way – plenty of the boys help you at training and try to tell you what you're doing wrong or right. There's been some great coaches over the years and 'Chook' Halligan was certainly part of that.

"When you've been kicking for long enough you understand what you've done wrong and why you've done it – it's a bit like a golf swing."

Despite being on the cusp of Broncos history, the Logan Brothers junior is remaining humble towards the prospect of passing Lockyer's landmark.

"Those records are nice to get along the way but they're certainly not why you play the game," he said.

"I think we all know what the club means to me and I've been very fortunate to be a part of it for over 300 games. Once all the dust settles and you look back on your career and if that [record] is beside my name then that will be pleasing.

"I think 'Locky' owns every record out there in rugby league so it'll be nice to pip him on something."

Looking ahead towards Friday night's Suncorp Stadium showdown, Parker's focus remains on helping the Broncos return to winnings ways against the eighth-placed Bulldogs.

"I get the chance to knock on the door of becoming the club's points record holder but personally I'd be more interested in getting the two [competition] points than the eight besides my name," he said.

"Footy is a simple game and if you don't turn up with the right attitude against a quality side – you only have to be five or 10 per cent off – that was where we were at last Saturday night.

"When you lose it's usually because you haven't stuck to your game plan. We'll have a game plan and come Friday night we need to execute that.

"We only played [the Bulldogs] four weeks ago so we understand what they're going to do and how they'll play – it's just a matter of us stopping them." 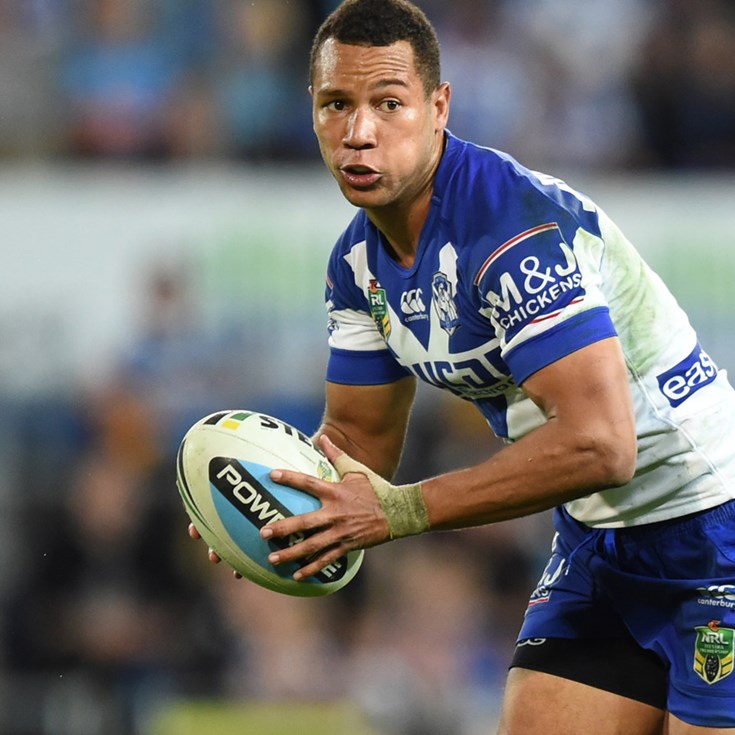 We had to win that one: Mbye