Raiders giant Edrick Lee has reflected on the bigger picture following another heartbreaking home loss, this time to the Sea Eagles, on Sunday afternoon.

Experience won out in the end for the Sea Eagles, but Lee said his young Canberra teammates will be better for the experience.

"There are a lot of young guys in the team, I guess the more games we play together the stronger we'll be," the 196-centimetre winger said.

"Although this has happened a few times this year we can definitely learn from it moving forward."

In the 50th minute the speedster scored a pivotal try, cutting off a wayward Sea Eagles pass and running 80 metres to blast the Raiders back into contention, his second such effort in recent weeks.

But in the end it wasn't enough, 24 unanswered points from the Raiders proving too small a swing as the Sea Eagles had one final burst to close out the match.

"I definitely felt like it was a turning point there," Lee said of his try.

"That was one thing we spoke about, if we get one try the floodgates will open so that definitely was a momentum shift but once they got their first try back you could see the momentum shift back."

Lee also pinpointed a lack of late-game energy as a crucial deficiency in his team and a major reason why they failed to stop Manly late in the game.

"We used most of our juice in the first half, although we managed to fight back in that second half towards the back end of the second half I guess we really showed with the fatigue and we weren't able to complete the sets," he said.

"In saying that, it's no excuse to play that way, if we want to be in the finals we've got to play for 80 minutes. We know that, that's something we need to work on."

"If we can be a lot smarter at both ends we'll find something that works." 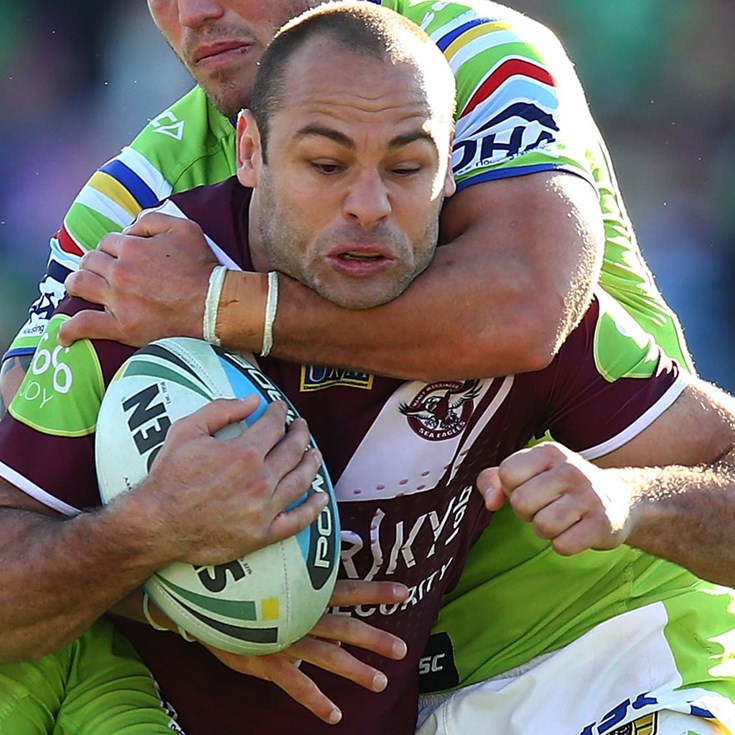