Sharks back-rower Luke Lewis says he is happy to be coming back from injury into a side that has maintained momentum during his recent injury setback, and is now eyeing his first win against the Melbourne Storm in a decade.

Lewis has been on the right end of the result when he's played Melbourne just four times in 18 starts – but the most recent of them was all the way back in 2005 when he was a young Penrith winger.

Lewis told NRL.com it had been difficult sitting back and watching over the past fortnight but credited his teammates for racking up another two wins in his absence.

"It's been hard missing the last couple of weeks but I'm really looking forward to the challenge this weekend against Melbourne. It should be a good test to see where we're at," he said.

"They're a team that I respect very highly. I don't think I've ever beaten them in my footy career so it's going to be a tough one on Monday night for us."

Lewis can be forgiven for not being able to recall singing the team victory song after a Storm game given the 10-year wait that included eight successive losses as a Panther followed by two more as a Shark.

"They've been outstanding. They've got a great forward pack, Cam Smith and Cooper Cronk are really good at directing the team around the park and they've got some good young kids out the back and on the edges that are finishing off tries really well.

"You can never write off Melbourne. For me they're probably the most clinical and professional outfit going around in rugby league," he said.

After a year from hell at the Shire last year, where a massive injury toll and ASADA dramas wrecked the club's year – which culminated in a wooden spoon – Lewis said at the moment everyone was just enjoying coming to training and spending time together.

"We've got a really good camaraderie around the place with the team and coaching staff. Everyone's on the same page and knows what we need to do and what we need to do to get right for training and everyone's putting the team first which I think obviously is a massive priority.

"Having everyone on the field as much as we can, we haven't had real major injuries – we obviously had 'Gal' [Paul Gallen] out for four or five weeks, I've missed two games, there's been a couple of players in and out here and there, Chris Heighington with his suspension, little things like that but it's good to see – touch wood and hopefully everything stays that way – that  we can keep the majority of the players on the park and not use too many players."

Using fewer players would help the club continue to build its combinations, he said, including the right-side one he had been building with the likes of Jack Bird, Gerard Beale, Valentine Holmes and dummy-half Mick Ennis.

"[Ennis] has been good. 'Flanno' [coach Shane Flanagan] has given him a free ranging role and letting him play what he sees and we just get on the back of that at the same time. You have your structures but if Micky sees something he wants him to play it and everyone's been supporting him really well.

"He's been instrumental for myself – I think he's put me over the line seven or eight times out of my nine [tries this year]. He's just been outstanding, I'm pretty close with Micky and just love playing footy with him at the moment."

Lewis added his right-side partners had also been good for his game this year.

"Jack Bird's been great as well for me, and Val Holmes on that right edge and so has Gerard Beale. The four of us out on that right edge have been really enjoying each other's company, we've been learning from each other and they've definitely revitalised my year," he said. 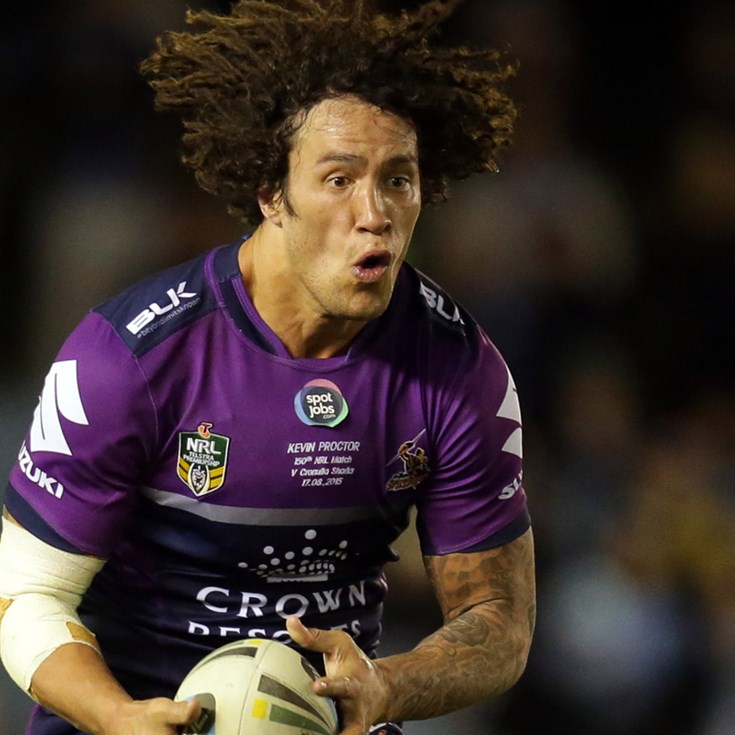