St George Illawarra kept their finals hopes alive while extinguishing any slim chance the Panthers may have had, winning in an arm-wrestle of a game. Here are five key points from the Round 24 NRL Telstra Premiership clash at WIN Stadium.

Draw Widget - Round 24 - Dragons vs Panthers

Dragons hold their own finals destiny

St George Illawarra consolidated their top eight spot and moved above the Bulldogs into seventh place with their win over the Panthers. The Dragons are now on 26 points with games against the Titans away and Wests Tigers at home to finish the regular NRL Telstra Premiership season.

Destiny is in the Dragons' own hands with both of those games against teams who are already out of the running. However they know the red-hot Sea Eagles are also eyeing a finals berth in coach Geoff Toovey's last season in charge.

Dragons coach Paul McGregor was happy to take the two points against the Panthers, but also wanted to put a lacklustre performance behind him and his team.

"It was a scratchy win, but it was a win and we've won three of our last four," McGregor said.

"It keeps us alive and we put that aside and we look ahead to the Titans."

There's no doubt the Panthers are an exciting team to watch with ball in hand. The likes of Jamie Soward, James Segeyaro, Apisai Koroisau, Tyrone Peachey, Bryce Cartwright and Will Smith all have great skills in attack. Even back-rower-turned-centre Lewis Brown was throwing flick passes against the Dragons.

But for all the razzle-dazzle in open play, the Panthers needed the calmness, composure and direction of a Peter Wallace to guide them home. Coach Ivan Cleary was clearly disappointed in his side's inability to get the win in a game that was there for the taking.

"It was definitely there to win, we just didn't want to grind out a win tonight. We didn't respect the football enough," Cleary said following his 250th game in charge of an NRL side.

"The longer the game went with the scores so close, our boys didn't want to grind it out. They looked like they wanted to kick on and score some tries.

"It was one of those nights you needed to just hold the footy."

"It's tough when you don't respect the ball and you want to throw offloads. I'm guilty of it as well and you get beat," Soward said.

"We just didn't do it in the second half. If we had held the ball we would have won."

While they did eventually finish with a late try to Gareth Widdop, St George Illawarra were otherwise happy to stay in touch with the Panthers by kicking penalty goals when in good attacking position.

After eight minutes the Dragons elected to take a shot at goal when they could have had another set attacking the Panthers line early in the game. In the 38th minute when trailing 10-8, Widdop stepped up to level the match with a penalty goal.

With seconds remaining in the first half and the Dragons on the attack just 10 metres out, Benji Marshall missed a field goal attempt rather than putting a cross kick to the wing of Dylan Farrell to set up a potential try-scoring opportunity.

In the 55th minute the Dragons, down 12-10, received a penalty 10m out with Widdop kicking his third penalty goal of the night to make it 12-all. And in the 69th minute with the Dragons again on the attack in the red zone, Marshall kicked a field goal to put the Dragons up 13-12.

The gradual accumulation of points paid off in the end with the Dragons relying on some great defence to outlast their opponents. However the Dragons have scored the least tries of any club this season with 61. They average three line breaks per game, the worst in the league.

"It was certainly a sloppy game, we need to be better going forward," Widdop said after the match.

"The two points are valuable at this time of the season but there's still a long way to go."

In a scrappy affair, the Panthers' completion rate against the Dragons was just 60 per cent while the home side didn't fare much better with just 67 per cent.

But it was errors again that haunted the Panthers – especially at key moments in the game. They made 13 errors – beating their season average.

"We had plenty of chances to give ourselves the opportunity to win but unnecessarily turned the ball over," Cleary said.

"We had momentum, it looked like something was going to happen and then someone made a bad decision, generally speaking."

St George Illawarra finished the game against the Panthers with more players on report than tries scored, with Tyson Frizell, Euan Aitken and Jake Marketo all facing the scrutiny of the match review committee.

Frizell could be the player under most pressure due to a possible trip on Will Smith when the Panthers fullback was chasing a kick through. If he is charged by the match review committee Frizell could face time on the sideline due to prior offences in the past two years, including a grade five careless high tackle in Round 6.

Aitken was placed on report for a crusher tackle on Tyrone Peachey while Jake Marketo could face a dangerous throw charge after he upended Lelani Latu.

With two must-win games to finish the season against the Titans and Wests Tigers, the Dragons will want their starting 17 all on deck. 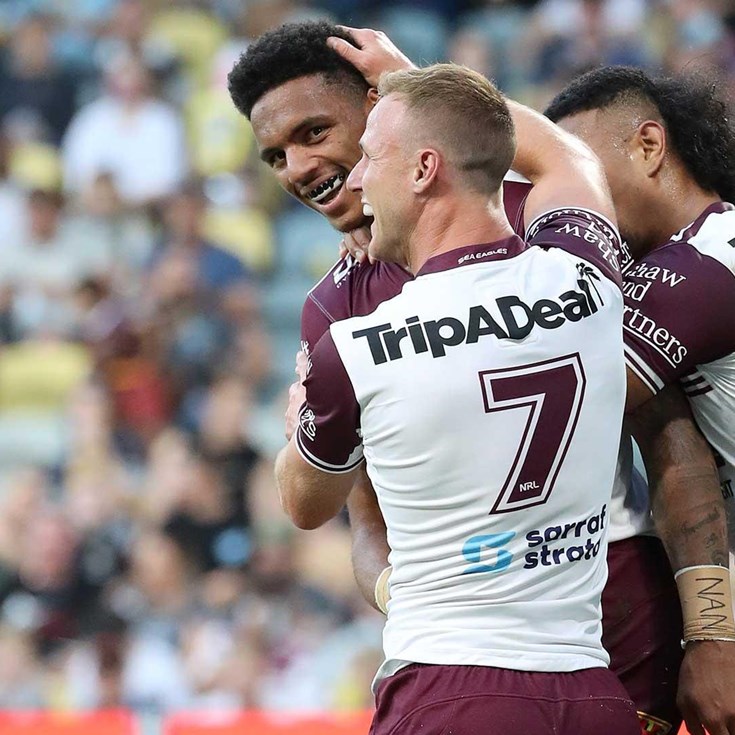 Round 1 blockbusters await in 2022

Now is the time to reflect on season 2021