Eels win tough (and it was tough to watch)

It was a hard-fought and gritty victory for the Parramatta Eels at fortress Brookvale on Sunday afternoon and their coach admitted it wasn't the prettiest of wins.

"I thought we played really tough and hung on… but the second half was tough to watch, we've just got to get better at managing games," Brad Arthur said.

"We seemed to want to self destruct we've done that for periods and incomplete four or five sets in a row in the second half then we finally got back into the groove and kicked long and tried to build pressure."

Manly lucky to be in the match

Geoff Toovey was filthy with his side's performance in a high pressure match, and admitted that his side was fortunate not to have been blown off the park.

"We were lucky they were as bad as us I suppose to keep us in the game," Toovey said.

Toovey also spoke of luck in terms of his team's chances of sneaking into the finals this year.

"We need some luck now, I thought all the luck was in our hands the last three games, if we kept winning we were in for a really good shot but now we need a bit of luck."

Eels trying hard but have to be better

It was a bittersweet victory for the Eels on Sunday afternoon, their gutsy performance leaving many of the players wondering what might have been if they could have played with this sort of form throughout the year.

"It's something that needs to burn in us in the pre-season. We played some really good footy and we played with plenty of energy and we toughed it out a lot of the times, but we've got to get better," Arthur said.

"It's been a disappointing year but the boys' effort has been outstanding, I feel like we're squeezing everything we can out of them and they're giving everything they can.

"Sometimes the execution might not quite be there but in terms of effort I can sleep easy knowing they're competing and trying hard."

Sea Eagles are starting to fade

They've soared to lofty heights, winning their past four matches straight to set up a great shot at the top eight, but it appears the momentum is starting to die out for the boys from Manly.

"I thought we did that (lost momentum) last week [against Canberra] to be honest with you," Toovey said.

"We've won seven of the last eight so we're on a fair run.

"It's very hard to be up all the time but I thought it happened last week and the players were aware of that, we knew what we had to do but unfortunately it didn't happen."

He was one of the standout performers on Sunday afternoon but after the win Corey Norman insisted the captaincy had nothing to do with his good form, and in fact revealed that being appointed skipper didn’t faze him much at all.

'I'm not much of a thinker," the Eels five-eighth said to a chorus of laughter.

"So he (coach Brad Arthur) just came to me [to tell me I was captain] and I was like 'Oh, yeah, righto'.

"He was very reluctant [to be captain] but this bloke next to me has grown as a leader." 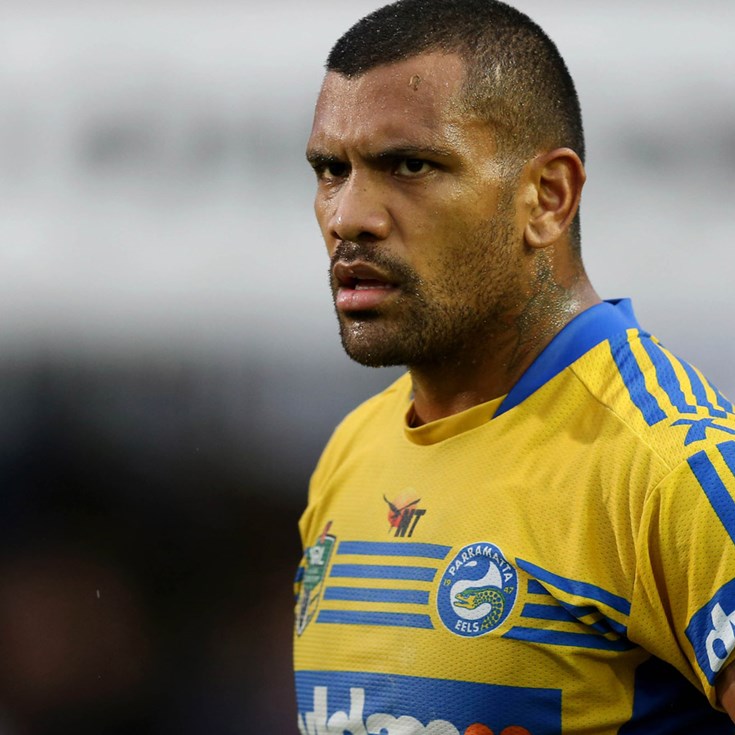 'I couldn't think of anything worse': Leary

Hitman Matai to play through pain