Forget the top four – Melbourne do not deserve to be there. That was the blunt synopsis from coach Craig Bellamy after his side was left shell shocked by a 20-8 defeat at home to bottom-placed Newcastle on Monday night.

The Storm squandered a golden opportunity to overtake the Rabbitohs and move into the top four, with the shock loss a major blow to their premiership hopes.

They must now prepare to take on the Cowboys (home) and Broncos (away), both off five-day turnarounds, and will likely need to win both games to even retain the right to host a home elimination final.

Draw Widget - Round 24 - Storm vs Knights

Any concept of a routine win for Melbourne was scuffed out early by an inspired Knights side that kept them scoreless in the second half.

The Storm equaled their season-high for errors (13), which only added to the obvious frustration of the coach after the game.

"I think if we won tonight we would have been in the top four, if that is not enough motivation for players to go out there and really put in… we don't deserve to be any higher that what we are after that performance tonight.

"You would expect a lot better effort, a lot more of a committed effort from out guys considering the time of the season that it is."

The master coach admitted that when the game was up for grabs, particularly in the first half, his side was simply nowhere to be seen.

"When they got down in the trenches we wanted to go sunbaking at the beach."

It was the third time this season Melbourne had lost to a side sitting last on the NRL ladder.

They fell to the Wests Tigers a month ago while also losing at home to a struggling Manly in Round 8.

It is a perplexing form line that means five of the Storm's nine losses this season have been against teams in the bottom half of the table.

Skipper Cameron Smith admitted complacency could be a worrying symptom that has crept into his side this season.

"It might be, it is a trend this season without a doubt. Every time we've played a team below us or quite low on the ladder we've struggled," Smith said.

"I guess the good thing for us [is] we are not playing anyone below us in the next two weeks so that is probably the only positive I can take tonight to be quite honest, hopefully the boys fire up for that."

Melbourne will have just five days to recover before hosting the third-placed Cowboys on Saturday night at AAMI Park. 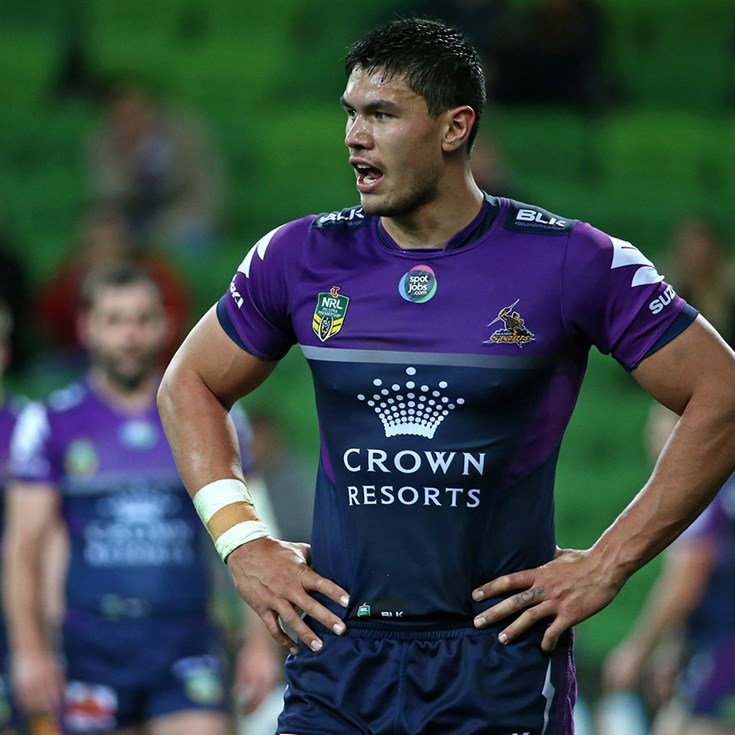 Duffie's long road back to the NRL